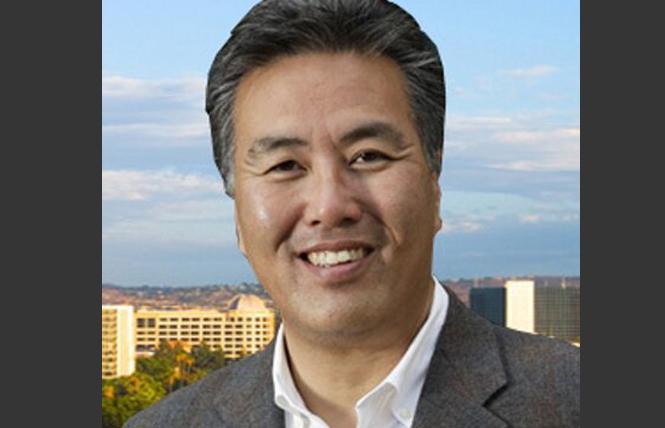 Tuesday's primary was a mixed bag for the out candidates in congressional races in southern California.

There were three House races with known out candidates this year. Gay Representative Mark Takano (D-Riverside) was the only one to easily survive his primary contest.

He received nearly 57 percent of the vote, according to unofficial returns Wednesday morning, in his re-election bid for the state's 41st Congressional District seat. Takano was the first, and so far only, LGBT member of the Golden State's congressional delegation.

He is expected to easily defeat his Republican opponent, Aja Smith, in November. Smith garnered 43 percent of the vote Tuesday.

As of Wednesday morning, Hill had 20.2 percent of the unofficial vote, while Knight was in first place with 52.8 percent. Democrats Bryan Caforio was in third with 18.3 percent and queer geologist Jess Phoenix took fourth with 6 percent.

"From the bottom of my heart - THANK YOU! I couldn't be more proud of my team and all of the volunteers and supporters who have built this movement from the ground up," Hill wrote in a Facebook post. "Now, all we can do is celebrate the hard work put in the past 15 months!"
Should Hill win in November, she would become the first openly LGBTQ congresswoman from California and just the second openly bisexual person elected to Congress.

"Katie's victory sets up a general election battle between her positive, solutions-oriented vision for the district and the politics of hate and destruction her opponent thrives on," stated Annise Parker, president and CEO of LGBTQ Victory Fund. "Steve Knight and his family made careers out of attacking LGBTQ people and working to rollback equal rights. Now, voters have an opportunity to defeat him with an openly bisexual woman who has pledged to represent all her constituents. Katie will make history in becoming the first openly LGBTQ congresswoman from California if elected in November, but more importantly, she will head to Capitol Hill determined to reduce the divisiveness and produce actual results for all Americans." 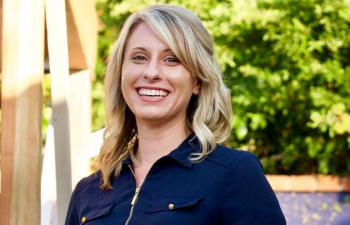 Lesbian health care leader Marge Doyle appears to have fallen short in her bid to compete against Representative Paul Cook (R-Yucca Valley) for his 8th Congressional District seat this fall. She entered the race facing an uphill battle in a district that favors Republicans but had attracted wide support and donations from Democrats and LGBT groups.

Yet it was not enough to advance her to the November election, where the top two vote-getters in the primary will compete. Doyle was in third place with 21.5 percent of the unofficial vote Wednesday morning. Cook took first place with 41.5 percent, while former Republican state Assemblyman Tim Donnelly was in second with 22.6 percent of the vote.

As of press time Wednesday, Doyle had yet to concede the race. In a Facebook post Tuesday, she wrote that running for Congress "was a humbling and overwhelming experience."

Two Democratic challengers, both straight men, had waged campaigns to try and finish in second place to run against Pelosi in the fall, but neither was successful. Shahid Buttar, a progressive lawyer and DJ, finished with 7.74 percent of the vote. UC Hastings College of the Law student Ryan A. Khojasteh received 4.27 percent of the vote.

Pelosi will face Republican Lisa Remmer in November. She received 9.95 percent of the vote.