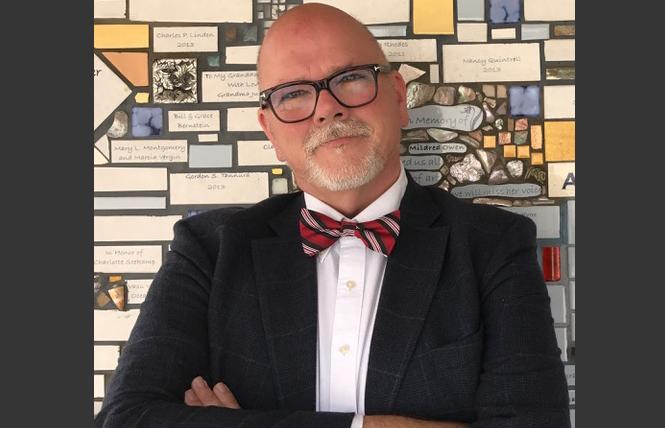 Two gay men running for county education posts in the Bay Area took the lead in their races Tuesday night, according to unofficial returns.

In the East Bay, Joaquin J. Rivera breezed to victory in his race for re-election to his Area 1 seat on the Alameda County Board of Education. On the Peninsula, Gary Waddell, Ph.D., was holding on to a slight lead in his contest for San Mateo County Superintendent of Schools.

With nearly 87 percent of the vote as of Wednesday morning, Rivera easily secured a third four-year term. His opponent, Berkeley scientist and entrepreneur Abdur Sikder, a father of three who is from Bangladesh, garnered just over 12 percent of the vote.

"Looking forward to continuing working with you," Rivera told the president of the county board Tuesday night in response to a Facebook post congratulating him on his victory.

Rivera is one of the highest-ranking non-judicial LGBT elected officials in the East Bay. In 2010 he first won his seat on the education board, representing the cities of Albany, Berkeley, and Emeryville, as well as the Oakland neighborhoods of North Oakland, Temescal, Rockridge, and the northern portion of West Oakland.

The first, and so far only, out LGBT person to serve on the oversight body, Rivera lives in Berkeley with his husband, Joel Cohen. He is a chemistry professor at Skyline College, located south of San Francisco in the hills of San Bruno and part of the San Mateo County Community College District.

San Mateo County elections officials will release an updated vote count late Thursday afternoon. But it will likely be days before a final outcome is known, as for the first time the county held an all-mail election. Ballots had to be mailed by Tuesday and any received by Friday will be counted.

"That is the question. We are checking with the elections office today," Waddell told the Bay Area Reporter early Wednesday morning when asked if his campaign knew how many ballots were left to count. "I am pleased we ended up in the lead. Obviously, it is a very close race."

In a post on Facebook Wednesday morning, Magee wrote she was waiting for more ballots to be counted to see if the results would swing her way.

"As we step into this new day, there are 188 votes separating the outcome with a significant number of ballots yet to be counted. It's going down to the wire!" wrote Magee.

The two out candidates are colleagues at the county education office and are running to succeed lesbian San Mateo County Superintendent of Schools Anne E. Campbell. After serving two four-year terms in the position, Campbell opted not to seek re-election.

Gay Santa Cruz supervisor candidate headed to runoff
Gay Watsonville City Councilman Jimmy Dutra is expected to vie in November to become the first LGBT person to serve on the Santa Cruz County Board of Supervisors. He is seeking the board's District 4 seat and landed in second place in Tuesday's election.

"We are in a strong second! Thanks you!!!" Dutra wrote on his Facebook page shortly after the first election returns were announced Tuesday night.

In San Jose, lesbian married mother Shay Franco-Clausen fell short in her bid for the District 9 seat on the City Council. She had been aiming to become the first out woman, and only second LGBT person, to serve on the South Bay city's governing body.

But Franco-Clausen landed in third place with nearly 17 percent of the vote, according to the unofficial returns Wednesday morning. 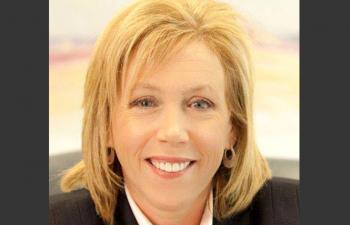 She fended off a challenge from Sacramento County Deputy District Attorney Noah Phillips, a Democrat and straight married father. According to the unofficial returns Wednesday morning, Schubert captured 63 percent of the vote while Phillips received 36 percent.

In the weeks leading up to Tuesday's vote, Schubert had seesawed from being confronted by protests to basking in the national media spotlight. After Sacramento police in March killed an unarmed black man in the backyard of his grandmother's home, protesters took to the streets of the state capital and targeted Shubert, who will decide if the officers will face charges once the police turn over the case to her office.

Shubert more recently caught a break with the capture of the suspected Golden State Killer, garnering glowing media attention just weeks ahead of the election.

The state's other lesbian DA is Jill Ravitch in Sonoma County. A Democrat, she was assured of a third term Tuesday as the only person who had filed to run against her dropped out of the race, though his name still appeared on the ballot. She won with nearly 75 percent of the vote, while Scott J. Murray garnered 25 percent despite suspending his campaign.

Web Extra: For more queer political news, be sure to check http://www.ebar.com Monday mornings at noon for Political Notes, the notebook's online companion. This week's column reported on a lesbian lawyer's judicial appointment to the Alameda County Superior Court.