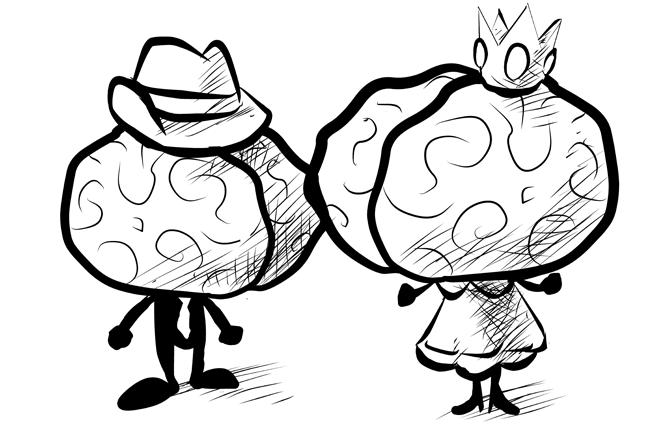 A fascinating study has come out of Sao Paulo, Brazil. The study, which uses magnetic resonance imaging (MRI) data to study the brains of transgender people who have and haven't been on hormone treatments, compares them to the brains of non-transgender-identified men and women.

What researchers discovered is both intriguing and expected: the brains of the transgender people showed differences that are more in line with their gender identity than with their birth-assigned gender.

This study corroborates what others have done over the last two decades that show that the "trans" of trans people tends to associate with those of their non-trans counterparts. It also further supports the work of Dr. Magnus Hirschfield on transgender people in the first part of the 20th century, that of Dr. Harry Benjamin in the mid-century, and countless other caregivers and researchers.

More importantly, it also matches a lot of what transgender people have said for, well, as long as we've existed. We are who we say we are, and the genders we're assigned at birth aren't the ones we actually are.

The study is a welcome balm in an era when forces from all over conspire against transgender people, painting us as mentally ill at best, and criminal at worst. We live in a time when the Trump administration is constantly chipping away at transgender rights, while others on the right continue to push the belief that our inalienable rights lead directly to sexual assault.

So, this study gives yet another big piece of evidence that transgender people are backed by science, and are a natural, real thing - not some subterfuge or illness.

For myself, I've known for decades that I was a transgender woman. I've been certain it was the foundation of my identity, as core as that of any other woman I've known. I've been well aware of who and what I am, and what I needed to do to feel comfortable in my own skin. This research would seem to validate what I, and so many other people, have said all these years.
Now that I've praised the research for what it is, let me tell you why it doesn't matter.

When one is left-handed, it was determined that this condition was simply a part of human variation. While the world is right-handed dominant, left-handedness is simply accepted at this point. It doesn't require a study to legitimize it.

Likewise, while there has certainly been a lot of study done into homosexuality, one doesn't need such to prove that they, themselves, are homosexual. We know what attracts us. It's fine that it was studied, sure, but in the end we are validated by those who love and care for us, and ourselves, not by anyone with a clipboard and lab coat.

The same should be just as true for transgender people. I'm glad researchers found these things out, but their existence doesn't tell me anything I don't already know to be true for myself.

If you, dear reader, are not transgender, I'll give you this experiment. Think for a moment how you know what gender you are.

First and foremost, I suspect the very question sounds silly to you. You may never have thought about it. You just are a man or a woman, and there's no need for you to think any further on it.

Going deeper, you might point to your body, what you were assigned at birth, the gender of those who would associate with it, and so on. All valid enough: I'm not here to challenge your identity.

The one thing you did not feel the need for, I suspect, is a study that said that your brain was in line with other men or women. You didn't feel the need for a scientific validation for the gender that you know you are on an innate level. The very notion that you might need decades of scientific research into the brain structures of people within your gender identity to legitimize your existence may feel more than a little insulting.

Now you know how it feels to be in my shoes, and hear people hold up this research as somehow proving that I am allowed to exist as a transgender woman - as if my continued existence isn't all the proof I need.

It's not to say there's no place for such research. Certainly, anything that helps us as a whole to understand how we all go together is worth exploring. But these studies only serve to verify the truths we already live.

I think the bigger concern for many, too, is the notion that research like this could lead to a "transgender test" to determine if one is, indeed, a candidate for trans-affirming care. A brain scan that could determine if one is "trans enough" could cause undue harm.

So I'm glad this research has been done, and it takes our understanding of being transgender that much further. It shows that, yet again, transgender people really are just what we say we are.
In the end, however, that's all that truly matters.

Gwen Smith knows who she is. You'll find her at www.gwensmith.com.