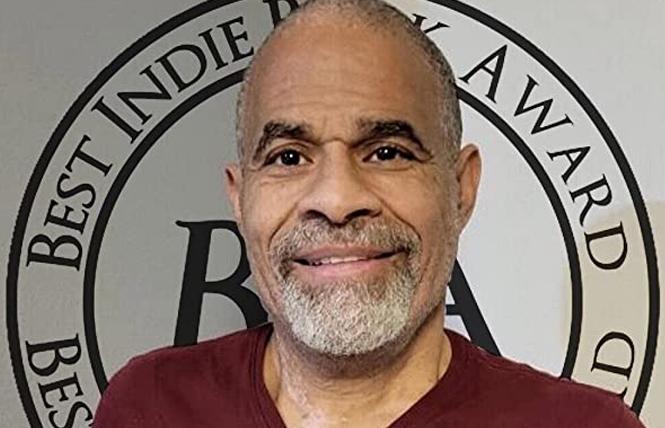 After returning home and putting the food away, our mother instructed [my sister and I] to change out of our play clothes and into our school clothes. We had been kept out of school because Tuesday, April 9, 1968 was the day of Martin Luther King Jr.'s funeral. Oddly enough, he was being buried on the same day that General [Robert E.] Lee had surrendered to General [Ulysses S.] Grant at Appomattox over a hundred years earlier. The death of Martin Luther King Jr. was a reminder that the Civil War was still raging.

My sisters and I had found two bodies in the street but had never been to an actual funeral. Although the event was only televised, our parents insisted we had to wear our best clothes. After seeing us in our school clothes, our mother decided they were not good enough. We had to change again, this time into our Easter clothes. Our dining room chairs acted as our pews as we sat reverently in front of the TV. I was young enough that funerals were still boring, fidgeting events that I had no emotional attachment to, and I had no concept of the importance of the event.

Sad to say but my most prominent thought during the funeral was, "When will this be over so I can go outside to play?" No matter how deeply I dig through my memories, I can recover nothing but snippets of the event. For some reason I distinctly remember Wilt Chamberlain and Jackie Kennedy entering the church. When a veiled Coretta Scott King entered the church, [my sister] Peanut starting crying. Perhaps I was witnessing the birth of her empathy. ... Sympathy is certainly welcomed at times such as this, but to endure so much of it in such a short amount of time can overwhelm a person. Perhaps the mask Mrs. King wore under her veil offered her a hidden sanctuary away from the peering eyes of the crowd.

Two months later I added a false memory to the funeral. False, in the sense that I did not view the funeral this way at the time. Future events compelled me to add an addendum to the memory of the funeral. The memory is false, but the addendum proved to be true. I would view the event as "The Funeral of the Three Widows," for in attendance were Jackie Kennedy, Coretta Scott King and Ethel Kennedy. Widow of the past, widow of the present, and widow of the near future. The addendum became the stronger memory.

Others had their own view. A coincidence can be so compelling it takes on a life of its own. Shortly after the death of Robert Kennedy, rumors ran that the clan was sending their followers a secret message through murder, because the first initial of the three slain men's last names spelled out KKK. So much promise had been murdered in the sixties that any far-fetched rumor seemed possible.

Nearly fifty years later I would sit in the pews of Ebenezer Baptist Church, which by then had become a National Historic Park, and cry delayed tears. I had witnessed events that needed to be mourned but lacked the maturity to do so at the time. After the death toll from the AIDS epidemic, and the ravages of time took their toll among my friends and family, I was able to cry at the place where I witnessed my first funeral. I was thankful I had grown past my stepfather, and men such as him, and could cry in peace without being told to wipe that nonsense out of my eyes.

On Wednesday, we returned to school. The few soldiers we saw had guns, but none had fixed bayonets. Many businesses also opened, including the city's seven public markets. As the police had set up a command post in Belair Market, which was our public market, it was not looted or damaged at all.

A food store was not the first store I set foot in. There were only four days until Easter. We were not churchgoers but had to dress the part, because that is what you did on Easter in East Baltimore. After getting out of school a trip to the barber was in order, and the shop was filled to capacity. Most men were there to shoot the breeze, which was a more masculine name for men gossiping.

Despite the crowd, I immediately noticed Mister Willy seated comfortably next to my barber. He looked as if he had already had his hair cut. He wasn't staying so much to shoot the breeze as to chuckle at it. Mister Willy found it amusing that men sat around talking about solving the world's problems when many of them had yet to solve any of their own. His silence was his credential. He rarely spoke so, when he did, his words were deemed extremely important.

Occasionally some foolish man would try to sway the unbiased Mister Willy to their cause in an argument, but he generally stayed in his own camp. He didn't argue with people, especially about politics, because they often initially baited their trap with civil discourse, only to spring the trap of ignorance and aggression moments later. Experience would teach me that the world is full of strong personalities who defend weak positions. Mister Willy already knew this and didn't want the responsibility or the headache of trying to change other's opinions. He claimed that most people's opinions were bigger than their facts, and his trading facts for their opinions - pearls for pennies - was not a fair exchange rate. Closed minds generally have already decided what their ears and eyes will hear and see.

When I started paying attention to the conversation, it was mostly talk of the troops leaving. Few of those present wanted to return to business as usual. Certainly, the return of commerce would be welcomed, but gone were the days of waiting for white America to stingily grant us our civil rights in small stipends over centuries. No longer would we beg for permission to breathe; no more explaining ourselves because good behavior does not have to explain itself to bad behavior. Patience was no longer a virtue. It had become a vice that kept us in place.

Many of the older men had done the most radical thing they could, which was to move North, but now there was nowhere else to go. The younger generation had no choice but to move a nation. One of the younger men had gone too far and insinuated the radical moves of the past were not that daring. He belittled the past and questioned how moving up North had been an improvement.

The older men grew silent and, in unison, turned toward Mister Willy. Of those present, he was the senior veteran of the sorrow wars of the South. After an uncomfortable pause the owner of the barbershop asked, "Mister Willy, why did you move North?"

He had never told me why he had come to Baltimore, but current events would flesh out his story. I hoped it wasn't my turn to get my hair cut during the telling. Mister Willy had my undivided attention, and I didn't want the barber turning the chair or my head away from him. A clipped ear or a jagged haircut would be worth the price.

For a moment, Mister Willy's rough hands began rubbing and sanding the smooth arms of his wooden chair. In his home he was a rather communicative person, but in the barbershop, he was mostly a listener. He was stalling, searching for the shortest possible answer.

When he finally spoke, he didn't give a detailed answer. "I left the fire for the frying pan, because the pan was a tad cooler."

Most of the men who had left the South nodded in agreement. They all had stories they could tell, but one would suffice, and that was Mister Willy's. ...

Over time I would discover glaring omissions and start to question the vision of others. I was a student in a nearly all white elementary school when I first opened a history book. Very few black people were mentioned by name, and only four or five paragraphs mentioned us at all. I would come to realize that much of what personally influenced my life was on the missing pages from American history. White historians had written our portion of our common history in their books with an eraser. But we were not to be written out, written over, or written off. Something stronger than paper would be needed to bear our story. We wrote our story on the soul of America. America was not America without us.

Dwayne Ratleff is the author of "Dancing to the Lyrics," which won the Best Indie Book Award for 2021 and from which this is excerpted. The book is about his experience growing up as a Black gay child in Baltimore during the 1960s. Ratleff, who formerly lived in San Francisco, is a long-term HIV survivor and a former special ed student who did not learn to read and write until he was about 10. Excerpt published with permission.

Guest Opinion: Why I'm running for Congress
Sign up!