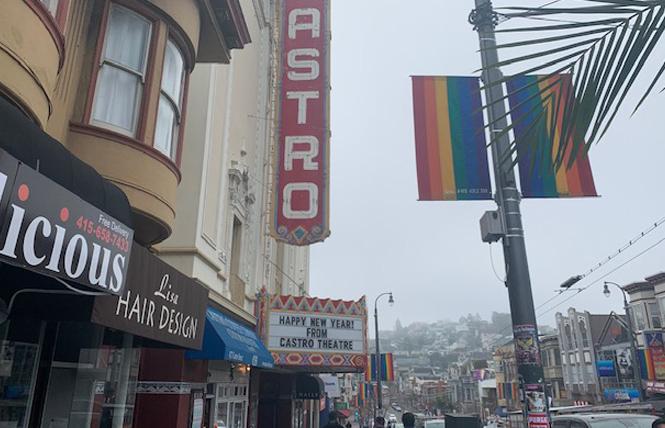 With the recent news of the management and programming changes at the Castro Theatre, the Castro LGBTQ Cultural District made a list of demands of the new management in a letter it published January 20.

As the Bay Area Reporter This text will be the linkreported> January 19, it was announced that the co-producer of the Outside Lands music festival — Another Planet Entertainment — will be in charge of programming at the Castro Theatre after the hundred-year-old movie palace is renovated. Programming will be expanded to include live music, comedy, and community events in addition to films.

Another Planet Entertainment CEO and co-founder Gregg Perloff said that he wants to maintain the theater's role as a community space, but longtime neighborhood denizens and theater fans are very concerned about what they see as another example of gentrification in the Castro. For example, Marc Huestis, a gay man who has put on 55 shows at the theatre in the past 40 years, said he was "very sad."

"The way I and others were able to do events there — it was not cheap, but it was affordable," Huestis recently told the B.A.R. "Castro is a place like no other. But the world is changing — COVID certainly has facilitated changes like we've never seen. The theater as a repertoire house was no longer sustainable."

These concerns were echoed by a protest of over two-dozen people in front of the theater January 23 urging the continuation of repertory film programming. They were also outlined in the district's letter.

"On behalf of the Castro LGBTQ Cultural District, congratulations on the commencement of your operation of the historic Castro Theatre," the letter states. "That said, we are deeply concerned about the potential loss of regular film programming, sing-alongs, the Silent Film Festival, low-cost rentals accessible to specialty producers like Marc Huestis and Peaches Christ, and above all, the strong LGBTQ programming focus that has been a source of connection, education, and delight for many thousands over the decades."

The letter goes on to state, "We urge you to meet with our organization at your earliest opportunity."

The district would also like the promoter to make a commitment that it will decline booking major acts who are not LGBTQ "during key weeks," such as around Pride in June and the Folsom Street Fair in late September; work closely with the district regarding traffic and neighborhood street closures; upgrade the theater's organ; and continue repertory film screenings when the theater is not otherwise in use.

"As we learn more about the theater's needs, your operational constraints, and the shape of tourism in the post-COVID era, we look forward to developing a shared understanding of what is feasible and how we can further LGBTQ-centered programming and innovation in a mutually beneficial way," the letter concludes.

The letter was copied to gay District 8 Supervisor Rafael Mandelman and was also sent to the theater building's owners, the Nasser family.

When reached by the B.A.R., Another Planet Entertainment stated, "We can confirm that we had a conversation with the Castro cultural district after receiving the letter and that APE is meeting with all stakeholders." When asked about details of the meeting, the company responded, "We appreciate you checking back in and will be in touch when we have some newsworthy items to share."

Aguirre, in a statement to the B.A.R. January 25, wrote that the district had "a preliminary meeting with representatives from APE on Friday to outline our concerns and open a channel of communication."

"While I am happy about the communication, I acknowledged in that meeting that I am very unhappy that they botched the roll-out of their management plans and they need to build trust after the Nasser family refused to communicate with us for the past two years," Aguirre said, adding that no specific agreements were made and "we agreed to speak again soon, either this week or next week."

The Nasser family did not return a request for comment by press time.

Mandelman: Changes 'potentially very good'
Mandelman told the B.A.R. that the changes proposed for the theater could have a positive impact on the neighborhood, especially its businesses if the new programming results in an influx of customers to their establishments.

"The changes for the Castro Theatre are potentially very good for the neighborhood, but we need to better understand what the plan is," he told the B.A.R. "The benefit is bringing in more foot traffic, and of having events that are a draw and not only folks in the neighborhood are excited about but folks around the city and the region are excited about."

While a diverse schedule of events and films "could be great," added Mandelman, the concerns of the theater's longtime LGBTQ patrons and event producers must be taken into consideration by the new management.

"We need to make sure they are a good neighbor and that they preserve, protect, and defend the LGBT identity of the theater and its ties to the neighborhood," said Mandelman, who applauded the company for pledging to do just that. "I think, I hope they will take seriously the concerns they are hearing from folks."

Cleve Jones, a longtime gay activist who lives in the Castro, offered his take to the B.A.R., saying "a lot of people are expressing anger, but I think we should express our gratitude to the Nasser family for keeping it going for so many years."

"Some of the greatest nights of my life were at the Castro Theatre," Jones said. "I'll never forget any of it."