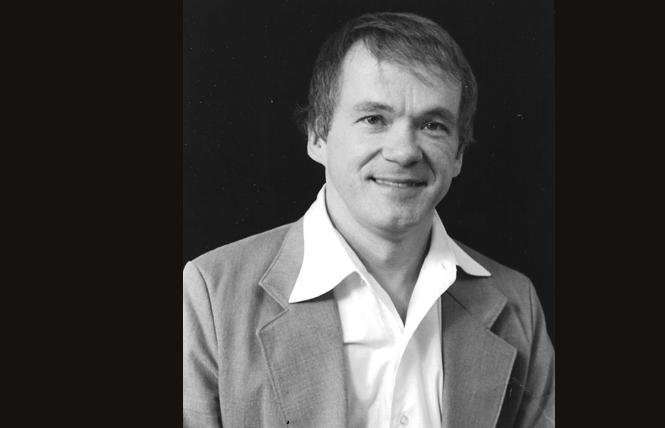 Bruce Pettit, a City Hall and political reporter with the Bay Area Reporter from 1977 to 1979, died January 20, just 11 days shy of his 77th birthday. He had been suffering from long-term heart disease and was in hospice care at his Noe Valley home. Pastor Sadie Stone of Bethany United Methodist Church was with Mr. Pettit and said he died peacefully.

At the B.A.R., he covered such stories as the 1978 passage of Supervisor Harvey Milk's gay rights ordinance. The headline and byline of that story appeared in Gus Van Sant's 2008 "Milk" movie that starred Sean Penn.

Mr. Pettit was born in Milwaukee on February 1, 1945. His father, Marvin Pettit, was a commander of a PT boat that sank a Japanese submarine off the Solomon Islands in 1944. Mr. Pettit was raised in Missouri and Iowa. After a divorce, his mother, the former Anna Paulson, struggled to support her two boys with the aid of her mother. Mr. Pettit didn't see his father for seven years, but they later reconciled as his father became an advocate of gay rights.

Mr. Pettit used to say the proudest moment of his life came at the military recruiting center in St. Louis in 1968 when he stood up to the contempt of a psychiatrist who doubted his claim of being gay. Mr. Pettit won a silent stare-down contest with a recruiter that lasted a seemingly-eternal 15 seconds.

Mr. Pettit moved to Chicago to be with a gay high school friend. There he became an editorial assistant for the Chicago Sun-Times news syndicate, helping edit the Gallup Poll and Anne Landers for wire distribution. With a lover, Charles Durham, Mr. Pettit moved to San Francisco in 1974 for its more receptive gay climate.

He was one of the journalists on the pioneering cable show "City Desk." The Pettit Report newsletter launched the polling career of David Binder when it published the first poll that foresaw Assemblymember Art Agnos defeating Supervisor John Molinari in the 1987 mayoral race. Binder is now a nationally recognized pollster.

Mr. Pettit also briefly wrote a weekly column for the San Francisco Examiner in 1983-84 and was later a City Hall reporter for the now-gone Progress and Independent newspapers. He personally knew both Milk and his assassin, Dan White.

In the B.A.R. in 1977, he brought citywide attention to the barely concealed homophobia of White's campaign brochure.

Mr. Pettit was administrative assistant for the Golden Gate District of the United Methodist Church from 1999 to 2010. He received the Bishop's Award, the highest honor a layperson can receive, for his work there and in the UMC's pro-gay Reconciling Ministries Network. A Noe Valley resident since 1985, Mr. Pettit joined Bethany UMC in 1996. His activities there included performing with the bell choir.

Mr. Pettit's former lover, Durham, died in 1986 by jumping off the Golden Gate Bridge. A later, official domestic partner was George Mendenhall, a political reporter for the B.A.R. and the Advocate. Mendenhall died from AIDS in 1994.

Predeceased by his parents and brother, Mr. Pettit is survived by many cousins in the Midwest and friends in San Francisco. Stone said that a memorial service will take place when the current COVID-19 surge subsides.

Mr. Pettit asked that any memorial donations be sent to Bethany UMC, the United Methodist Committee on Relief in New York City, or to the American Civil Liberties Union.