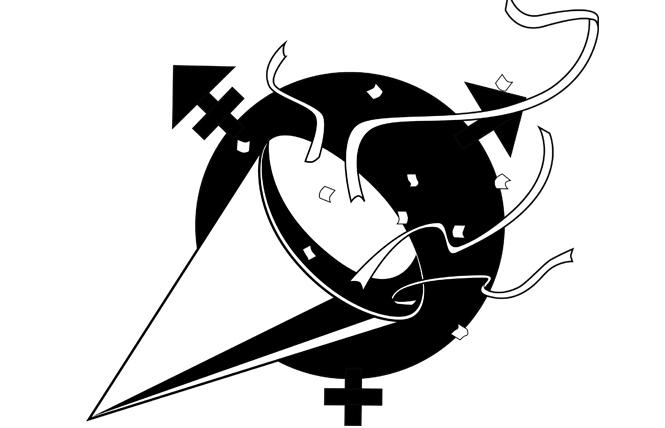 A friend of mine alerted me to a social media post from a woman named Becca Green, and I wanted to share it here. In it, Green shares a brilliant possibility.

"Can't wait until we throw trans folks transition showers to celebrate their authenticity and buy them things they need and teach them stuff they missed learning as kids instead of the current set up where we abuse, discriminate, gaslight and disown them," wrote Green, whose Twitter handle is @wordofgreen.

"Like if someone would have bought me some cosmetics that weren't trash and worked for my skin tone and showed me how to sit down in a skirt or whatever while we all had champagne," Green wrote. "I'd have saved a lot of wasted money and time and also felt like a person instead of a burden."

She continued, "Seriously: throw your loved ones transition showers. Celebrate their becoming! I had so much joy on coming out only to discover a lot of people wanted to put on mourning faces and tell me 'you're so brave' or 'we'll get through this' and it's kinda soul crushing, if I'm honest."

I've written many times of how a transgender person isn't becoming another gender: they already were that gender but just weren't able to express it. For lack of a better term, it's a bit of a larval stage, as we may initially try to fit in with what we're being told we are. For others, it may be that they have tried to insist on their gender, only to have it kept from them.

When we finally come out, for us, it is as if we have finally found an answer for ourselves. We finally know who we are, and we are — at long last — going to fulfill this destiny. Yet, as we begin to share this with those who we are close with, we so often find our friends do not share that same elation.

When I transitioned, I heard from many I was close to how my transition was affecting them, with most of the views being negative. I was told how they were losing someone in their lives, and how they were being asked — perhaps even forced — into changing how they perceived me.

What I took from that was that they would rather have the broken person they already knew rather than put in any sort of investment in seeing that person grow. I simply was not worth the time.

In my life, it meant having parents who decided family therapy would help them to deal with the loss of their son and, perhaps, help me to understand the mistakes I was making. I was barred from talking with many of my relatives as well, as my transition became the deep, dark secret of the Smith family.

Friends drifted away, or offered me unwanted solutions to my trans nature. I was pressed to find God, or, in one case, a macrobiotic diet was recommended to halt my trans feelings. Even my closest friends were tolerant and friendly, but became distant.

Aside from the love of my partner, who — admittedly — had to go through her own period of readjustment, I found myself with an increasingly narrowing network of friends right during a time when I most needed it. I know that my experience is far from uncommon, and was likely better than most.

For decades, I have seen media narratives about transition, about how it is a lonely endeavor, full of hardship and pain. I feel like these stories exist as a way to try and dissuade people from transitioning.

It's a narrative that smacks of the grimmest treacle: many are framed as if one is merely looking out for us fledgling trans people, and trying to help us avoid all the pain we may face by recommending we don't undertake it at all.

Yet where are those who, rather than trying to keep us from being our true selves, would truly step up and help us celebrate this undertaking?

When we reach a time when we come out and share with those who matter to us just what we set out to do, it should be a time of joy, much like a bridal or baby shower. You are being welcomed into someone's personal moment of joy, to share in the same.

When a friend tells you they are getting married, it is mercifully rare for someone to advise their friend on how hard it is going to be to remember their new last name, or deal with them having a partner. Likewise, a baby shower is not one to be met with dour faces and recommendations for ways to overcome one's feeling that they are pregnant. It seems laughable, does it not?

Yet, this is exactly the way trans people tend to be treated when we share our transition news.

Imagine instead a world where our transitions were celebrated by our friends, understood as a time of great personal change and growth, and worthy of the transition shower that Green suggests.

Imagine reaching out to your friend as a friend and helping them along. Teach a trans person the things they may have missed out on by not being allowed to grow up in their gender. Provide the advice and tips we may never have been privy to.

Consider the sort of gifts one might give to such a shower. The minutiae of one's gender. Such a gift, even a small one, will have a monumental and lifelong effect.

Gwen Smith suspects this would be a great way to reframe the "gender reveal" party. You'll find her at www.gwensmith.com