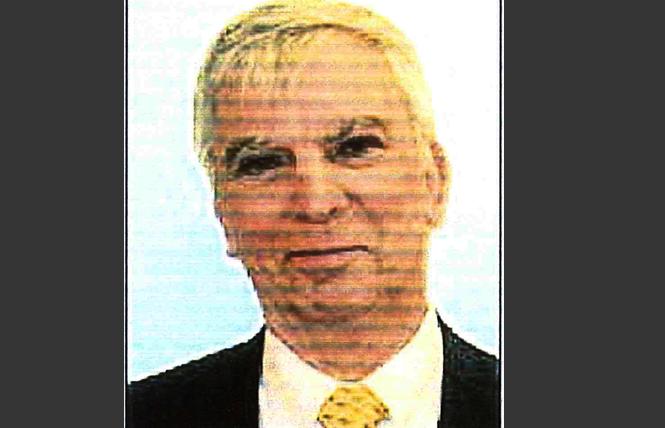 October 27, 1937 — October 19, 2021
My beloved Jerry, husband, and partner. You suffered so much in your final weeks of life, I hope you get the peace and tranquility you so richly deserve.

On October 19, 2021, 83-year-old Jerome ("Jerry") Harris Greenstein passed away peacefully at his home with his beloved husband, Fred Trujillo, by his side. Born in Farmington, Massachusetts to Louis and Anna (Levine) Greenstein, Jerry moved with his family to California in his teen years and spent most of his adult life in San Francisco, most of those years partnered with Fred. Together they loved to travel, take cruises, go to gay Pride parades, hunt for bargains, and attend Openhouse and San Francisco cultural and political events. They celebrated their 44th anniversary by getting married on September 15, shortly after Jerry's cancer diagnosis.

Jerry will be interred at the San Francisco Columbarium, a favorite historical site in the city that he so loved, in a niche right by Harvey Milk.

Jerry was predeceased by his parents, his sister, Gloria, and her husband, Ed.

In addition to Fred, Jerry is survived by his niece, Karen Lash, nephew, David Lash, and their spouses, Martha Ertman and Beth Becker; great-nephew and nieces Oscar, Drew, and Ryan; and many cousins and friends. In lieu of flowers, donations can be made to Openhouse.