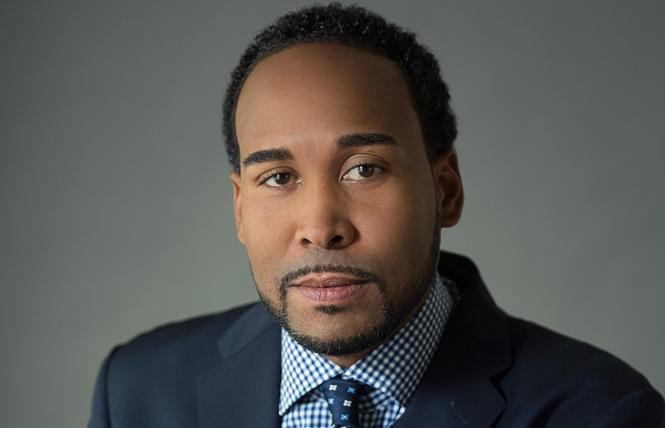 This January 17, as we celebrate the birthday of civil rights leader Martin Luther King Jr. juxtaposed against the one-year anniversary of the violent insurrectionist attack on the U.S. Capitol, we are reminded that for democracy to work for all of us — it must be designed for all of us.

The two core federal policy achievements of the Reverend Dr. Martin Luther King's legacy remain the Civil Rights Act of 1964 and the Voting Rights Act of 1965. Both laws were historic and groundbreaking in providing greater political representation and opportunities for historically excluded communities. Important provisions within each of these bills were removed in previous administrations, weakening policies and practices designed to support democracy. In addition to restoring recently removed and watered down provisions these foundational bills must be strengthened in ways that account for current and future growth in diversity, which, if properly supported, will only help to strengthen our country.

The U.S. Senate remains at a standstill, refusing to advance legislation that would preserve and build upon those landmark statutes. This is in spite of loud calls for swift passage from constituents of a number of the Republican senators who refuse to do the work of the people.

The U.S. Supreme Court ruled almost a decade ago in Shelby County v. Holder that our nation needed to modernize the list of states and communities that needed to be subject to voting law pre-clearance to reflect discrimination as it takes place today, yet Congress has failed to act.

As a result of its failure, we watched as hundreds of bills were filed in state legislatures across the country designed to suppress and discourage voting. Many of the intimidation tactics proposed were right out of the Jane and James Crow playbook of the 1800s and 1900s and frighteningly for our democracy — some of the bills became law. Other voter discouragement bills will likely become law in the matter of weeks if Congress continues to fail to take appropriate and immediate action.

Eighteen states have already enacted 30 laws last year that will make it harder for Americans to vote. While at the same time, an additional 400 bills expanding voting access have been introduced in 49 states across the U.S. The former is a strategic attack on the right to vote and on our democracy — and it cannot stand.

That more bills were introduced to criminalize advocates working to change the rules in ways that facilitate everyone's access to democracy than were introduced to support voting rights for the most marginalized should be alarming.

If the U.S. Senate does not act in the next couple of weeks, it will be too late to stop state legislatures from choosing who they want to vote and purging from voting rolls those that would support a more reflective, just, inclusive, and equitable democracy.

Since the end of chattel slavery in the U.S., our civil rights laws have been routinely updated, yet it has been nearly 60 years since our last comprehensive bill. While momentous, the Civil Rights Act of 1964 left out women in most categories of protection and LGBTQ+/same-gender loving and poor people out of all of it. The law also did not include identity-based protections at the intersection of multiple marginalized identities leaving Black same-gender loving women, for example, unable to seek accountability for discriminatory actions held against them. The Civil Rights Act also did not prohibit discrimination in publicly-funded programs like police and child welfare departments. The Equality Act has also stalled in the U.S. Senate, leaving hundreds of millions of people vulnerable.

In honor of King's birthday, NBJC joins the King family and over 100 other civil and voting rights organizations in calling for no celebration without legislation. There are planned rallies across the country urging the U.S. Senate to take action immediately by passing the John Lewis Voting Rights Advancement Act, the Freedom to Vote Act, the DC Statehood Act, and the Equality Act.

We must defend our democracy and the ideals of freedom at all cost. It's the only way to truly enjoy a life of liberty and justice for all.


David J. Johns (he/him) identifies as same-gender loving and is the executive director of the National Black Justice Coalition in Washington, D.C.