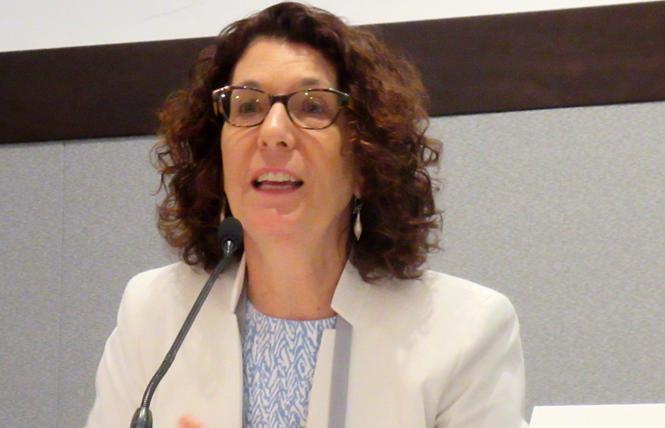 An experimental vaccine from Johnson & Johnson that uses an approach similar to its COVID-19 vaccine did not adequately protect women from acquiring HIV in a large trial in Africa, the company announced August 31.

The findings from the Imbokodo study are the latest in a string of disappointments over the past three decades. Unlike the highly effective COVID-19 vaccines, which were developed in less than a year, HIV vaccines are more challenging because the virus mutates rapidly and hides from the immune system. While researchers and advocates called for increased investment in HIV vaccine research, the latest failure suggests new approaches will be necessary.

"With the additional insights gained in the COVID-19 response, with concerted backing by funders and continued research, and with the political will needed, I am certain that an HIV vaccine is achievable," Dr. Susan Buchbinder, director of the HIV Research Section at the San Francisco Department of Public Health, said in a statement from the International AIDS Society.

So far, only one vaccine study has shown any effectiveness in preventing HIV. That trial, conducted in Thailand, tested a vaccine that used a canarypox virus vector to deliver genetic instructions for HIV proteins plus a different vaccine containing genetically engineered versions of the envelope protein HIV uses to enter cells. In 2009, researchers reported that this combination reduced new infections by 31%.

Following up on those findings, the Uhambo trial tested the canarypox vaccine plus a different booster, both adapted to target HIV subtype C, which is predominant in southern Africa. That study was halted in February 2020 after an analysis showed that the risk of acquiring HIV was essentially the same in the vaccine and placebo groups.

Both studies are testing a vaccine called Ad26.Mos4.HIV that uses the same adenovirus common cold vector used in the Johnson & Johnson COVID-19 vaccine plus an envelope protein booster. The adenovirus carries a computer-designed mosaic of antigens from multiple HIV strains found around the world. This combination triggered antibody and T-cell responses in early studies, and it protected monkeys from infection, but it did not generate the specialized broadly neutralizing antibodies that target a hidden region of HIV's envelope protein.

Imbokodo, supported by the National Institute of Allergy and Infectious Diseases, the Bill & Melinda Gates Foundation, and the HIV Vaccine Trials Network, recruited more than 2,600 young women in five African countries starting in 2017. They were randomly assigned to receive the dual vaccine regimen or placebo shots over the course of a year.

The vaccine regimen "did not provide sufficient protection against HIV infection," Johnson & Johnson announced. In an analysis conducted two years after the first dose, 51 of participants who received the vaccines and 63 of those who received the placebo acquired HIV, for a vaccine effectiveness of 25% — far below the 50% threshold researchers were aiming for. However, the vaccine was safe and well tolerated with no serious adverse effects.

Based on these findings, Imbokodo will not continue, but researchers hope further analysis of the data can shed new light on factors that contribute to protection against HIV.

"The development of a safe and effective vaccine to prevent HIV infection has proven to be a formidable scientific challenge," National Institutes of Allergy and Infectious Diseases director Dr. Anthony Fauci said in a statement. "Although this is certainly not the study outcome for which we had hoped, we must apply the knowledge learned from the Imbokodo trial and continue our efforts to find a vaccine that will be protective against HIV."

Future HIV vaccine research
The parallel Mosaico trial, which started in 2019, has recruited approximately 3,800 gay and bisexual men and transgender people in North America, South America, and Europe. It is testing a similar Ad26.Mos4.HIV vaccine regimen, but instead of the subtype C protein booster used in Imbokodo, it uses a mixture of proteins from different HIV strains.

"While [this week's] results are disappointing, we will learn critical information from the Imbokodo trial that will inform the HIV vaccine field," Buchbinder, who is protocol co-chair for both studies, told the Bay Area Reporter. "The Mosaico trial is being conducted in a different population, with a different route of exposure, and using a vaccine combination that produces an immune response of greater magnitude and breadth than what was used in the Imbokodo trial."

Many experts think sophisticated HIV vaccine approaches could be more effective, but some question whether a vaccine is a realistic goal, given the high effectiveness of PrEP either using pills or long-acting injections.

Researchers are exploring several novel approaches, including some that use the mRNA technology used for the Pfizer-BioNTech and Moderna COVID-19 vaccines. Moderna and the International AIDS Vaccine Initiative recently launched a phase 1 study of an mRNA vaccine regimen that trains immature B cells to generate broadly neutralizing antibodies.

"This is in no way the end of the search for an HIV vaccine," Mitchell Warren, executive director of the HIV prevention advocacy group AVAC, said in a statement. "If we've learned one lesson from the COVID-19 response, it is that political will, sufficient funding, and unprecedented cooperation in the face of a global threat is possible. HIV has been for decades — and remains — a global threat; it is past time to act boldly to confront it."

AVAC, which used to be known as the AIDS Vaccine Advocacy Coalition but now goes by its acronym, will host a webinar September 9 at 7 a.m. Pacific Time to discuss the Imbokodo results and their implications for the HIV vaccine field. 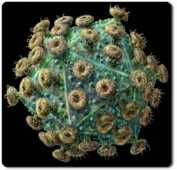