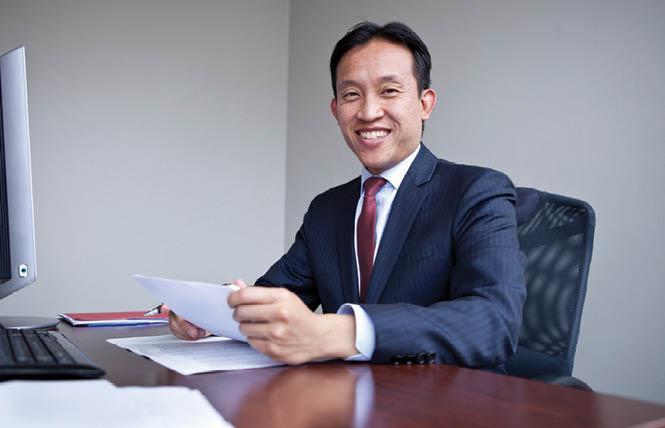 California lawmakers have adopted legislation that ends the deadnaming of transgender and nonbinary college students on their diplomas and other academic records. Should Governor Gavin Newsom sign it into law within the next 12 days, the policy will commence with the 2023-2024 graduating class.

The state Assembly Monday, August 30, on a 58-1 concurrence vote passed the revised legislation, Assembly Bill 245, having previously adopted it earlier this legislative session. It cleared the state Senate August 23 on a 29-8 vote with three senators not voting.

Assemblyman David Chiu (D-San Francisco) introduced AB 245 this year after a similar bill he authored in 2020 had to be tabled in light of the COVID-19 pandemic. Chiu's bill, titled "Affirming Transgender and Nonbinary Student's Names in College," would require California's community colleges and public universities to use current students' lived names on their transcripts, diplomas, and other documents as of January 1, when the bill would take effect.

"The day a student receives their diploma should be filled with happiness and pride," stated Chiu. "When a diploma doesn't match the student's name, it can turn an otherwise great day into another obstacle to overcome. It can put up barriers to future employment and out a person in an unsafe situation. This simple policy ensures transgender and nonbinary students have one less barrier to overcome. I look forward to the Governor signing this crucial bill to lift up all of our students."

Currently enrolled transgender and nonbinary students would be able to use their lived names even if they have not legally changed their names under Chiu's AB 245. With the health crisis impacting people's employment, trans and nonbinary graduates seeking new jobs may be outed to employers and face discrimination if their academic records list their wrong name, Chiu earlier this year noted in an interview with the Bay Area Reporter.

Last November, the UC system released a new policy on gender identity that all of its campuses will need to implement by December 31, 2023. It includes using students' lived names on their academic records.

The trustees of City College of San Francisco had called on state lawmakers to pass Chiu's bill. Charlie Garcia-Spiegel, 22, a queer nonbinary trans man who attends City College, had told the B.A.R. adoption of the state bill will send a message of needed support to transgender and nonbinary students at a time when other states and countries around the globe are enacting laws and policies that harm trans youth.

Lieutenant Governor Eleni Kounalakis (D) signed on as a co-sponsor of the bill.

"Every diploma earned by a student in California commemorates years of hard work and achievement despite tremendous challenges — especially for our transgender and gender nonconforming students," she stated. "Today's passage of AB 245 is an important step towards protecting and supporting these students, who are at risk of discrimination or harm if the name on their transcript or diploma is different than the name they use and identify with. By sending this bill to the Governor for his signature, the Legislature has sent a strong message that California values and affirms its trans and gender nonconforming students."