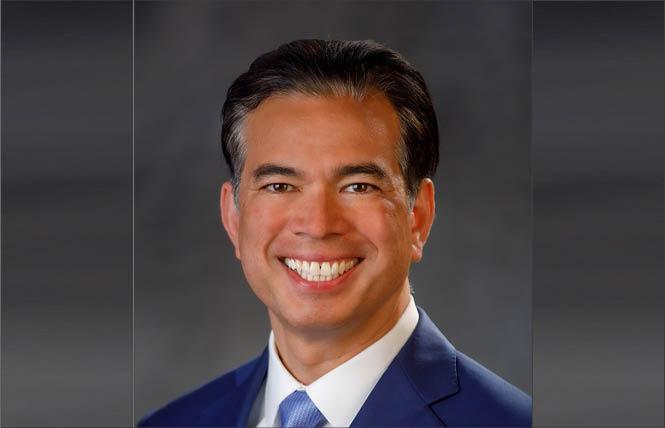 Alabama Policy Order 63 — issued in 2012 by the Alabama Department of Public Safety — allows for individuals to have a different gender than their sex assigned at birth on their driver's license or other state issued ID only if they provide proof of gender affirming surgery.

In 2018, the American Civil Liberties Union filed the suit of Corbitt v. Taylor against the state on behalf of three individuals affected by the policy.

Plaintiff Darcy Corbitt alleges that state officials sought invasive information about her medical history, even going so far as to call her doctor's office without her consent. Even after obtaining medical records, Alabama did not change Corbitt's license.

"This clerk chose to publicly humiliate me by loudly discussing my gender identity, the most intimate part of my life, in a room full of strangers," Corbitt stated in an ACLU news release. "She insulted me and disrespected me, referring to me as 'he' and 'him.' She dehumanized me when she started calling me 'it.'

"I have not spent the last seven years of my life undoing 21 years of other people defining my identity to just sit back and allow the state of Alabama to dictate to me who I am and what I have to do to prove it to them," she added. "I have not endured ridicule from friends, family, and complete strangers and death threats to simply ignore a civil servant whose wages my taxes pay belittling me and mocking me to my face and in front of my neighbors."

The United States District Court for the Middle District of Alabama agreed with Corbitt in a ruling earlier this year.

Judge Myron Thompson said that the state failed to show why the policy was necessary.

"The state's justifications for the policy fall short not because of the policy's consequences for transgender Alabamians, but because the government's interests are insubstantial or were formulated post hoc, and because that policy is inadequately tailored to advancing them," Thompson stated in his ruling. "Alabama therefore may no longer make people's genitalia determine the contents of their driver licenses."

Thompson's ruling was appealed to the 11th U.S. Circuit Court of Appeals, where the amicus brief was filed August 16. In a news release, Bonta explained why it was important for California to join the friend of the court brief.

"Your gender identity is personal. The government has no business telling people how to express it," Bonta stated. "Instead, Alabama has appealed their loss in this case and continues to fight to support an outdated, discriminatory policy that puts transgender people at risk. Bottom line: Transgender Americans are entitled to have IDs that match who they are. It's worked here in California and in states across the country — and it's consistent with federal law.

"Everyone deserves to live their life with dignity and respect," Bonta continued. "It's past time to put an end to Policy Order 63. With our partners across the country, we're urging the court to help make that a reality."

The amicus brief argues that by creating a sex-based classification, the policy is subject to strict scrutiny under the equal protection clause of the 14th Amendment to the U.S. Constitution, which it then fails.

It also argues that Alabama's policy is an "extreme outlier" when compared to policies in the states from where the attorneys general come.

Thirty-one states, and the District of Columbia, authorize sex designation changes without proof-of-surgery. California has authorized this since at least the 1990s, according to the brief. Further, in 2018, lesbian state Senator President Pro Tem Toni Atkins (D-San Diego) authored SB 179, the Gender Recognition Act, which was signed by then-governor Jerry Brown. It allows trans and gender-nonconforming people to change their gender markers on state ID documents without a doctor's recommendation.

"States have advanced many reasons for lowering barriers for transgender individuals to update their driver's licenses, including foremost reducing discrimination, harassment, and violence that many transgender people experience," the brief states. "Thirteen states have similarly recognized interests in removing onerous, unnecessary requirements in light of financial barriers in accessing healthcare, the recognition that one's gender identity exists regardless of medical interventions undertaken, and that there is no uniform set of procedures that transgender people require, and some do not need treatment at all."

"Over a million Americans identify as transgender, and many jurisdictions, including the federal government, have recognized the problem of violence against transgender people for years," the brief states. "By compelling self-disclosure of one's transgender status in contexts where presentation of a driver's license is required, Policy Order 63 puts transgender people in potentially dangerous situations and impairs their ability to protect their safety and well-being."

In addition to California and the District of Columbia, the other states that joined the amicus brief are: Connecticut, Hawaii, Maine, Massachusetts, Minnesota, Nevada, New Jersey, New Mexico, New York, Oregon, Rhode Island, Vermont, and Washington.