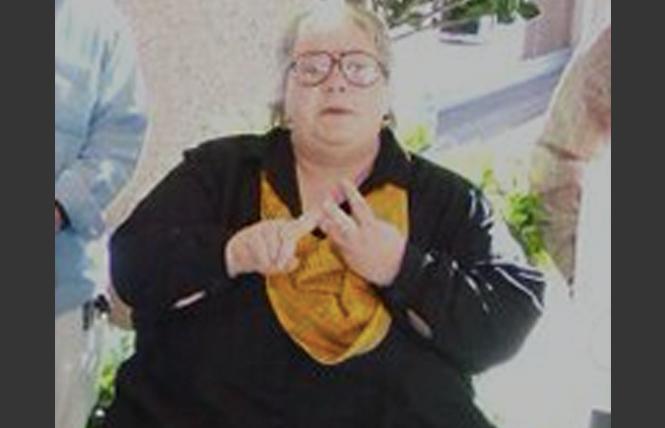 Born in Baltimore, Maryland in 1946 to strict Baptist parents, she later moved to San Francisco, performing her Habanera midnights in Jon Sugar shows.

Sugar recalled that Ms. Graffis was a force to be reckoned with. Once while driving her cab a man put a gun to her head trying to rob her. She punched him in the face and knocked him out.

Ms. Graffis was instantly gracious, warmly welcoming, vastly knowledgeable, and so genuinely dedicated. For decades, she was ever-present at campaigns, rallies, labor movement events, and in and around the Redstone Labor Temple building that was her political base. Ms. Graffis was not only a source of information and insight, but also a good friend, a fierce political ally, and the kind of quirky, freethinking, passionately political soul that many of us have long associated with the heart of San Francisco. A longtime labor organizer and teacher, she ended her life by self-administering legally prescribed drugs under California's End of Life Option Act, which she publicly promoted. She was suffering from terminal lung and heart disease and was given only a short time to live.

The San Francisco Taxi Workers Alliance, of which she was a member, hosted an online tribute in June.