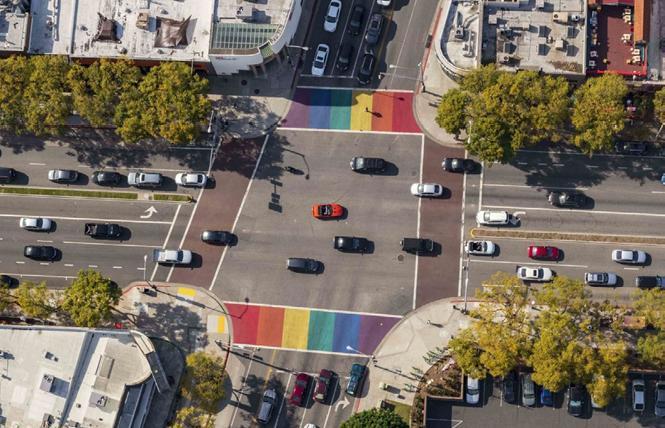 The West Hollywood City Council unanimously approved a drag laureate program August 2, which is expected to launch this fall.

As the Bay Area Reporter noted in an online story last week, city staff developed a proposal for how to start the program in the Southern California LGBTQ enclave. Monday's vote came nearly a year after the City Council approved the creation of a drag laureate. It will be the first such representative for drag performers and LGBTQ nightlife issues established by a U.S. municipality.

City Councilwoman Lauren Meister, who co-sponsored the original resolution with gay former City Councilman John Duran, told the B.A.R. August 3 that one change that was agreed to was to include drag kings as well as drag queens and other drag artists.

Another change, said Meister, was that business owners or their designates could be on the committee to select the drag laureate.

"Like a manager," she said, referring people such as the club personnel who often book drag acts.

SF also has drag laureate idea
While West Hollywood will become the first, San Francisco may become the second, as the idea is under discussion by City Hall officials and could be brought forward later this year. As the B.A.R. has previously noted, the concept of having an ambassador for the local drag community was first proposed in the draft version of San Francisco's groundbreaking LGBTQ+ Cultural Heritage Strategy released in 2018.

After reading about the drag laureate suggestion in the B.A.R., gay West Hollywood resident Scott Schmidt brought it to the attention of Meister. Seeing it as a way to boost local nightlife venues and drag performers whose revenues have been impacted by the health crisis, Meister co-sponsored a resolution in support of establishing the position with Duran, who lost his reelection bid last November.

He added he was pleased to see drag kings included in the drag artist family.

"We get to recognize this great art that's part of our community," he said of the drag laureate position.

WeHo staff proposal
Similar to West Hollywood's poet laureate program designed to act as a champion for poetry, language, and the arts, the drag laureate will be an honorary position tasked with attending various business and civic functions, participating in business mixers and events, and conducting one or more projects that bring awareness to drag culture, per the staff report.

What could prove to be the most controversial aspect of the proposal is that city staff wants to review all of the drag laureate's official programs — they would be required to perform at three city events during their reign — to ensure their "appropriateness prior to execution." That was approved by the council Monday as part of the report, which was moved to the consent calendar and adopted 5-0.

Anyone fitting the requirements is welcome to apply for the position and will need to submit a three-minute video sample of their drag work. The window to apply will be from 8 a.m. August 30 to 6 p.m. September 30.

A nine-member selection committee would recommend one of the applicants to the City Council for approval at its November 1 meeting. It would be comprised of two city staffers; an arts and cultural affairs commissioner; one person each from the city's Lesbian and Gay Advisory Board and its Transgender Advisory Board; representatives from both the city and the Los Angeles LGBT chambers; and two West Hollywood businesses owners or their designates, as Meister explained.