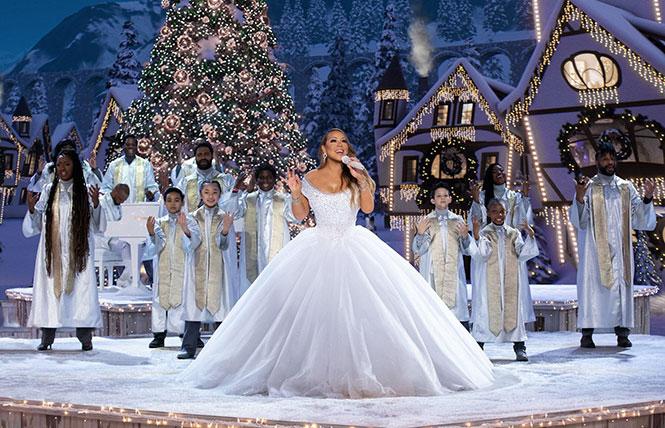 Mariah Carey in her 2020 Christmas special

Now that the holiday of the most difficult times are upon us, here's the the autobiography of one of the most talented, hardworking, compelling, witty, and transcendent African-American artists. The Meaning of Mariah Carey, with Michaela Angela Davis, is the New York Times best-seller of the life and career of a truly influential artist and entertainer. 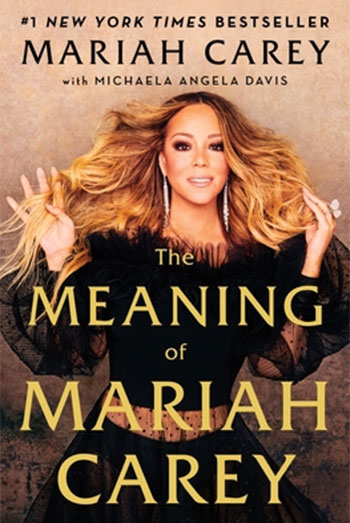 Born to an Irish-American mother and Afro-Venezuelan father, Carey and her family faced searing racism, causing them to move more than a dozen times, before she struck out on her own and moved to New York City. Armed with ambition and attitude, she was immediately signed to Columbia Records by music mastermind Tommy Mattola. Her amazing talent, rigorous training and passion, along with a five-octave range, led to the planet embracing her.

Unfortunately, the May-December romance and marriage of the two quickly became, by Carey's description, outrageously oppressive, professionally and personally. Literally kept under armed guard in her own home, for which she helped pay.

Carey, correctly, divined that the emerging music genres of hip-hop, rap, and house music could be culturally and financially successful worldwide. Her songs fearlessly expose her life, pain and passions. Her life as a woman, however, began when she met the staggeringly handsome MLB shortstop, Derek Jeter, with whom Carey began a beautiful and romantic affair (platonic until she divorced Mattola), inspiring some of her most passionate work, which made divorce from Mattola inevitable. The mega-hit song "My All," complete with video directed by legendary late photographer/director, Herb Ritts, is longing made lyrical.

Carey has the amazing ability to take black music and extend and enhance it to a level of modernity not seen or heard since the Motown era. In other words, she put Black music into Manolo Blahnik pumps, dah-ling.

Gay uncles
She also had the foresight to create the ultimate Christmas album. The song, "All I Want For Christmas (Is You)" is a staple in almost every American household ... and shopping center. Recently, the song entered The Guinness Book of World Records. What is lovingly revealed in the book is that the song was inspired by her joy-filled childhood holiday experiences when she and her mother house-sat for her two fabulous gay uncles, where she experienced unconditional love, a spotless environment and fabulous meals.

Carey's 1995 "One Sweet Day" duet with vocal group Boyz 2 Men is dedicated to one of her producers, David Cole, formerly of C+C Music Factory, who died of AIDS earlier that year. Her duet, "When You Believe," from the Disney film The Prince of Egypt, with the bisexual queen of vocalists, Miss Whitney Houston, garnered both Grammy and Academy Awards.

Beyond the hits, Miss Carey has also experienced her share of meltdowns, including her tragic live New Year's Eve performance, her failed relationships with several men, including her torrid affair with Luis Miguel. All the while, her fragility, strength, and discipline extend from her rigorous technical training and daring, as well as her influential exploration of what a solo female artist can achieve as a singer, songwriter, director and brand.

Carey's marriage to rapper/producer/TV host Nick Cannon saw her finally reach emotional maturity...and a pair of twins. Even her acting chops have been celebrated with awards for her brilliant portrayal of social worker Ms. Wiess in the Oscar-winning film, Precious, garnering several international awards for Carey. Weiss' character was modeled after Carey's therapist.

Carey has the unique ability to combine Marilyn Monroe's sensuality, Diana Ross' elegance, a homegirl attitude and junior high school playfulness into a standard that today's young pop stars cannot even dream of. Who else could have a guest rap by Snoop Dog, have Pharrel Williams play her love interest in the Parisian Louis Vuitton boutique, with Andre Leon Talley make a cameo appearance (And, yes, dah-ling, he styled her, spontaneously) in her video for "Say Something"?

The book reveals that, while Carey's psyche has been severely damaged by the brutal scars of racism, from both white and black people, her damaging relationships with family members and death of her beloved father, have left her emotionally bereft, at times. Her faith in God, however, and music, have placed her in good stead.

Carey's memoir will send the reader through every emotion, revealing what faith, passion and self-respect can do, if you just believe. The book puts Carey squarely in the league of the women who are pillars of excellence in African-American folklore. I am sure that Nikki Giovanni and the late Toni Morrison and Maya Angelou would happily welcome Carey as a sister.

For the ultimate Christmas present, get the book for friends, but buy yourself the audio version for the total experience. In the words of the opera diva, Leontyne Price, in a letter that she'd written to Miss Carey, "Brava, brava, brava!" 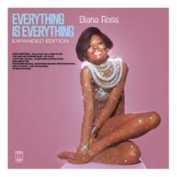 From Diana to Mariah