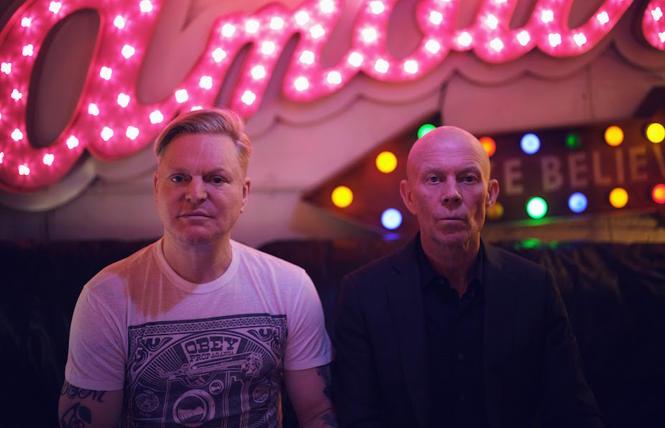 Erasure's new video for their latest single, "Nerves of Steel," features more than 20 LGBTQ stars, including several best known for their appearance on RuPaul's Drag Race. But as always, the music duo's work stands on its own.

Erasure's eighteenth studio album, The Neon, will be released August 21 on Mute. It will be released digitally and on standard and deluxe limited editions of vinyl, CD and cassette. Pre-orders via Mute or the band's shop will give priority ticket access to future tour dates.

"This is my favorite track from the album," said Andy Bell in a press statement. "I am truly honored that all our LGBTQIA+ friends were so creative during lockdown and helped us with this joyful video. Thanks for creating such a lovely piece of art!"

"'Nerves of Steel' evokes the butterfly feelings I remember when first falling in love and nothing else in the world mattered; pure excitement and electricity!" said Manila Luzon.

Said drag performer Detox, "Erasure has been an integral part of my queer soundtrack from early on and it was a tremendous honor to be included in their new work!"

Written and produced by Erasure, the album's initial sessions saw Vince and Andy reunite with a fresh optimism and energy. Vince had been feeling drawn towards his older machines, some of which he'd had since their very early years together.

"There's a warmth to them," said Clark. :There's also a real beauty in putting different analogue synthesizers together, too — a Pro-One, a Sequential Circuits, a Moog — they give this lovely sheen," he explains.

Taking inspiration from pop music through the decades, from bands Andy loved as a child through to the present day, he explains, "It was about refreshing my love — hopefully our love — of great pop," said Bell. "I want kids now to hear these songs! I wanted to recharge that feeling that pop can come from anyone."

Pre-order Erasure's The Neon, at https://mute.ffm.to/TheNeon-phy 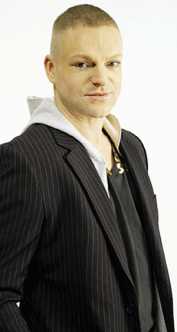 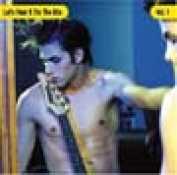 Werkin' for a living: Drag stars on stage