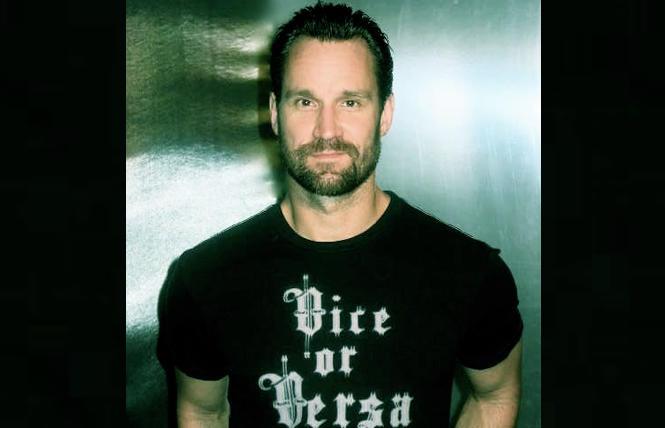 Kent James, also known as the punk-influenced rock band frontman Nick Name, died at his home in Palm Springs on July 3, 2020. The gay singer-songwriter lived in San Francisco for a few years, and performed at local nightclubs.

As a teenager, James veered sharply from his conservative Mormon childhood in Logan, Utah after leaving home to pursue a music career. Although he knew he was gay or at least bisexual at a young age, he fought it while immersed in the church, which included a missionary trip to Argentina.

Years later, after a 1993 appearance on Star Search, James lived in Nashville, developed his country repertoire, and was featured in music videos for Tanya Tucker, Trisha Yearwood, and others, and shared the stage with Charlie Daniels. But at the point of almost signing a lucrative music contract with a country rock band, James balked. He knew that he couldn't stay closeted.

After moving to LA, he acted in a few films while working on his music. The late 1990s saw the indie release of his first two CDs, Paperback Romeo and Guilty Pleasures. 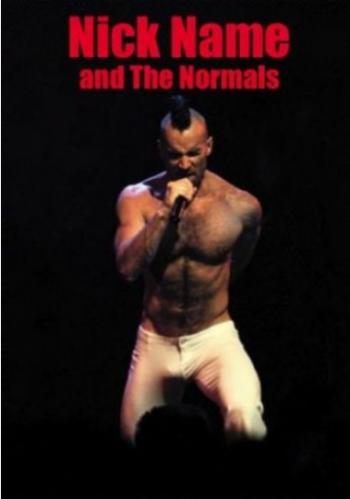 'Nick Names and The Normals' DVD

By 2000, his transformation into Nick Name took over. With an accomplished band, he charmed gay music fans seeking a masculine rock performer who sang openly, and with humor, about sexuality.

MTV featured the band, and acclaim in music circles followed, as did a devoted if not huge fan base. But with a clearly gay identity, some clubs balked at booking the band (but not SF's Upstairs at Kimo's), leaving them to seek gigs at Pride events.

As Nick Name, in 2004 James performed a song in the West Hollywood-set gay horror film HellBent.

"Kent was a very special artist and lovable human being. He started as a Mormon missionary in Utah and transformed into a gay punk rock icon that challenged the status quo. As I filmed him and his band, The Normals, I got to know his chosen family and I was lucky enough to call Kent a dear friend. Underneath the on-stage punk anger was one of the sweetest and most gentle souls I ever met. Everyone in his chosen family loved him so much and we are all devastated." 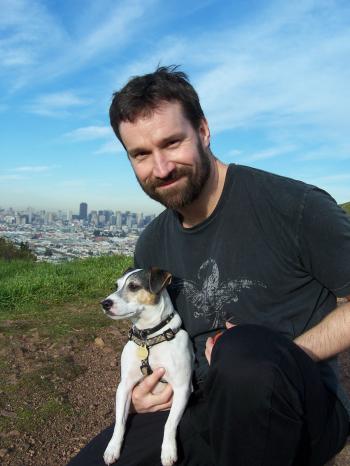 With the Nick Name CDs now collectors' items, James released a CD, Decade of Dirt, with both older and new material. Some of the sexier, punky Nick Name songs are included, like "Who's Your Daddy?" and a dance remix of the Olivia Newton John song "Physical." His songs like "World Keeps Turning" took on a more mellow if not melancholy tone.

From 2005 to 2013, James lived in San Francisco's Bernal Heights, and performed at SF Pride's main stage, with the Kent James Band, and with a later group, Heavy Liquid, at the SF Eagle, Thee Parkside and the North Beach Grant & Green Saloon.

In a 2007 interview with the Bay Area Reporter, James discussed his abandonment of the Nick Name persona.

"When we started out, it was a blast. The last time I put the band together was for a show on Q Television," he said. "It was a great way to end, in the way we wanted to. It was just done. We'd all grown up."

Of his return to his earlier folk and country music influences, and his later CD releases, he said, "I'm in the moment. I'm interested in now. I can claim the past, but I don't want to live in it." 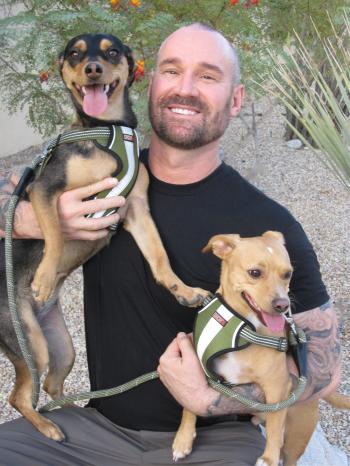 Kent James in 2020 with his dogs Brandy and Whiskey. photo: David Perez

James moved to Palm Springs in 2013 where he performed intimate solo concerts, cared for rescue dogs with his longtime partner Brian Masalkoski, and costarred in the independent film, Captivating Carla.

Friends of James said that his family will have him buried in a family plot in Logan, Utah, with a service on Saturday, August 8, 2pm at the North Logan Utah Cemetery.

According to his Legacy.com obituary, he is survived by his mother, Bonnie James, his brother, Mark James and his sister Dionne James Wallace.

An additional memorial in Palm Springs will be organized by Masalkoski and longtime friend David Perez at a later date.