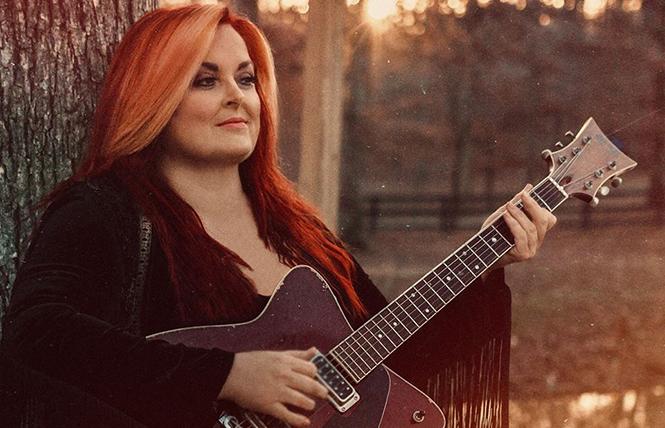 "I've had the biggest gay following in country music...since 1980-something," said Wynonna according to Country Music Television.

Here's a quick recap on Wynonna's career, so far. In the early 1980s she and her mother Naomi (The Judds) were signed to RCA records and became one of the biggest acts in Country Music. In 1991, Naomi retired due to illness and Wynonna continued on with a record-breaking solo career. She's made headlines and millions of fans worldwide by sharing her story of hope.

In an industry where entertainers gets labeled and put into a box, Wynonna has refused. She has raised the bar as a visionary over and over again with great success. Wynonna is famous for saying "Don't ever let them tell you who you are," and maybe this is the foundation of our adoration for her. 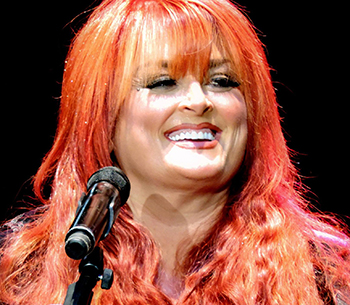 This is my story and where my super-fan status began. My dad took me to Manteca, California to see The Judds during their farewell tour. This closely followed my parents' divorce. Our family was fractured and ill-equipped to communicate. I didn't know who Wynonna was, but I was instantly drawn to her. For all that I could figure, she understood me. She had the ability to express herself in a way I had never known possible. Her emotional vulnerability from a child's perspective was striking in its familiarity.

However, she was a grown 20-something and I was not yet a teenager. Nevertheless, we were both coping. I remember the stage lights dancing off her glittery mane of '90s diva hair. The ground actually vibrated from her voice. It carried joy and pain into evening sky. It was the closest thing to magic I had ever experienced.

My story continues; if Dad had enough money for gasoline, he'd pick my sister and I up from Sacramento and drive us up to Penn Valley on the weekends. I'm talking ten acres, a long dusty driveway, beds set up directly on the land (during the construction of a one-room cabin) and "Revelations," Wynonna's third solo album in the cassette player. We knew every word and note. When we didn't know what to say to each other, we could at least sing to each other. The music lifted us.

Over the years I became fully obsessed and everyone knew it. In high school, when other kids were sewing anarchy patches onto their JanSport backpacks, I was laminating photos of Wynonna with strips of Scotch Tape and literally stapling them to mine.

I would comb the checkout lines at the markets searching for Wynonna on the cover of magazines. Mom bought me every one. Even the National Enquirers and Star magazines (Sorry, Wynonna). Before the internet, this was how I could see what she was up to.
She was so cool and so different. I remember recognizing I was different, too. Even in elementary school I knew that I didn't fit in with the other boys. I remember imagining high school graduation as a finish line.

"I think people identify with me because I've always felt like I didn't fit in," said Wynonna to The Advocate. 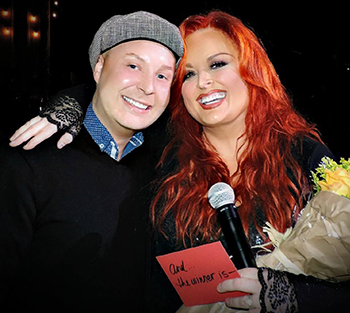 As a kid I always got Wynonna's newest CDs, the day they went on sale. I would ask the clerks in the stores to put my name and phone number on the promotional posters so that they could call me when they were done using them. I hung them in my bedroom alongside of framed horse sketches drawn by my aunt Punky.

In 1997 I finally got to meet Wynonna for the first time. I waited outside of her tour bus after a Reno concert until the early hours of the morning. My aunt Cindy patiently waited with me. I had one of those disposable Kodak cameras and one picture left on the roll.

Wynonna finally made a trip out to her bus escorted by an assistant. My aunt took a photo of Wynonna and I but forgot to use the flash. Wynonna asked her assistant to give me one of her disposable cameras off of the tour bus. He did, and this time we took the picture with the flash on! That photo was my contribution to the high school yearbook.

Now in my 30s, I look back at those times and realize, I was nurturing my delicate spirit through her music and her story during those very shaky years. Not only was she a source of hope for me, but she was for many other gays all over the world.

"I love Wynonna for the emotion and power in her voice. At any given time she can go from fragile to soaring", says Kevin Cotton of Nashville, Tennessee.

Michael Watters drives around the state of Maine with a license plate that reads 'W Y N O N N A.' He says, "My mom said, when I would hear her voice on the radio or see her on TV, I was immediately drawn to her."

She shared with Dan Rather, "I'd rather fail on my own terms than succeed on somebody else's."

What gay man or woman can't relate to this?

Come witness and sing-a-long with the woman that Rolling Stone called "the voice of her generation.