Kate Baldwin: Singing the praises of others 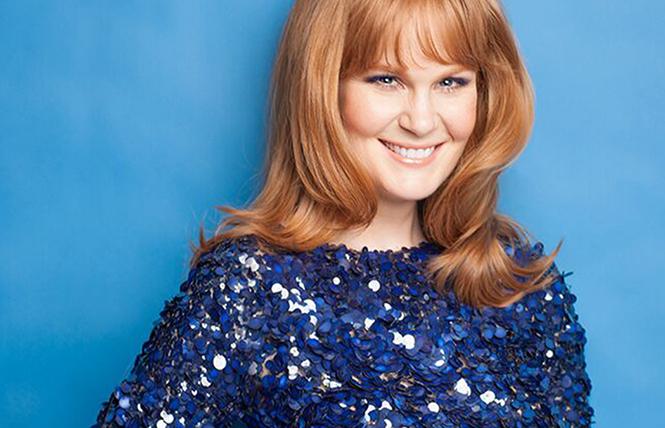 When Broadway star Kate Baldwin (Finian's Rainbow, Hello Dolly!) takes the stage at Feinstein's at the Nikko next weekend, you'll notice something unusual. The two-time Tony nominee's music director and accompanist is a woman, Georgia Stitt.

It's all too rare to find women at the keyboards in cabaret and, said Baldwin in a recent phone conversation with the Bay Area Reporter, in the orchestra pits of Broadway. 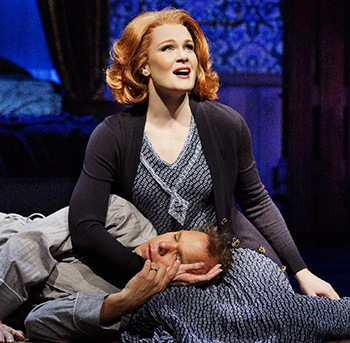 "Georgia has been an incredible friend and collaborator for almost 17 years," says Baldwin. "I first met her through her work as a composer and lyricist—I was working on a piece she'd written. She's a music director, orchestrator, arranger and a terrific record producer as well. All of these jobs tend to be dominated by men and Georgia has been working to change that."

"She's very engaged with musicians' unions and the folks who select who plays in orchestra pits," said Baldwin of Stitt, "not only on Broadway, but all over the country.

"My cabaret show starts off with a song I commissioned from Georgia," says Baldwin. 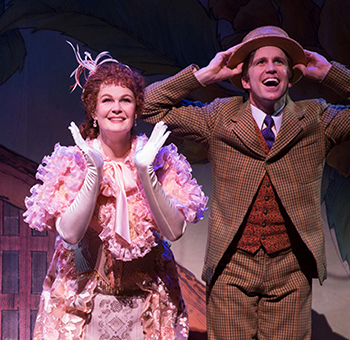 "It's about an incident when I was in first grade when I first began to identify as an artist. And right after I get off the phone with you, I'm going over to her apartment to pick a new song to do in the act, I feel like we all need some extra positivity these days, so I've been fishing around for a very optimistic number to do in San Francisco."

A tough call these days, but Baldwin is up for the challenge.

"The title of the show is How Did You Get This Number?" Baldwin explains. "I do songs that I've premiered in shows or reintroduced in revivals and tell stories about how I made them my own and what they mean to me looking back."

While her set changes from time to time, Baldwin is always pleased to showcase songs from some of today's most important but commercially under-rewarded theater composers.

Though recognized by theater cognoscenti as a major Broadway talent, Baldwin's attraction to new work kept her a bit under the general public's radar until she was cast (and Tony-nominated) as Irene Molloy in the recent Hello Dolly! revival, in which Baldwin more than held her own sharing the stage with Bette Midler. 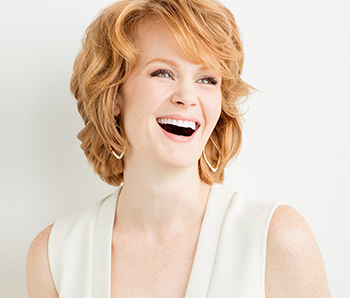 After her current run of concerts and cabaret performances around the country, Baldwin will return to the New York stage to star in an Encores! production of Love Life opposite Brian Stokes Mitchell in late March. The rarely performed show, first staged in 1948, is the only collaboration between Kurt Weill and Alan Jay Lerner and features prescient insights on gender roles and marriage.

Baldwin herself is married to fellow actor Graham Rowat, who introduced her to a new outlet for her talents when Baldwin was pregnant with their son, now 8.

"I needed a way to make money, and there aren't a lot of stage opportunities for pregnant women. Graham narrates books on tape and he introduced me to the woman who ran the company. Apparently my bright midwestern voice is ideal for books which are sometimes negatively called Chick Lit. The very first one I did was Best Friends Forever by Jennifer Weiner (In Her Shoes), an author who I'd read before and enjoyed very much."

In literature as well as on stage, Baldwin rallies behind her fellow females.