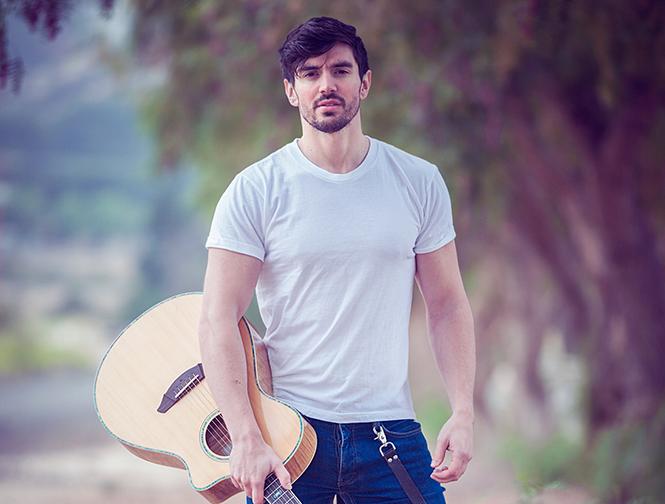 Steve Grand is returning to San Francisco for two concerts at Feinstein's at the Nikko. The adorably cute and openly gay singer-songwriter will appear on November 20 and 21 to perform a medley of hits from his two albums, along with cover versions of songs by some of his favorite fellow artists. Grand will be putting his own unique stamp on the music of Elton John, Queen, George Michael and other openly gay singers as part of his Pink Champagne Tour, which is named after his most recent single.

Now 29 years old, Grand first rose to prominence in 2013 when the video for his song "All American Boy" went viral. The song tells the story of a young gay man in love with a heterosexual friend. Buzzfeed ranked the video as one of the "24 most brilliant music videos from 2013" and Out Magazine named Grand to its Out 100 list. His career was set, and he's been making music as an out, proud gay man ever since. 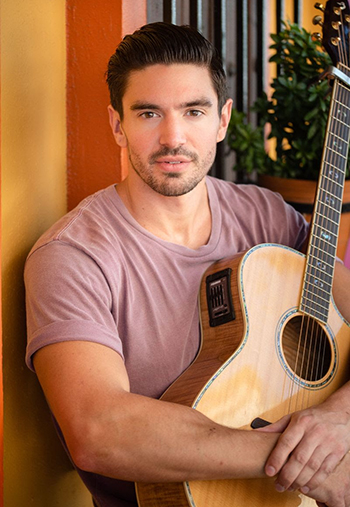 Grand recently spoke to the Bay Area Reporter about his song "Pink Champagne," which he says he wrote when he was going through a difficult time.

"It's kind of about that gray area in between having fun and partying with your friends, maybe drinking and trying to decipher when it becomes something that's darker," he said. "In my case, I was drinking heavily, so when did that start to become something darker? Which is a big theme of 'Not the End of Me,' the album that it's on."

Grand said that he doesn't want to give himself too much credit for being 'brave' by revealing something so personal.

"You don't have to tell people everything," he said with a laugh. "But I definitely do get personal, and that's what makes the art form so compelling."

He's very proud of "Not the End of Me," noting that he wrote every word and that he recorded it in a small studio in his own home. He also did the album artwork.

"It's a very personal album for me," he said. "It's called 'Not the End of Me' because I wanted to communicate this idea that we all go through difficult times. It's important to know that every struggle you get through gives you character and makes you who you are. There have definitely been times in my life where I felt like this thing that I'm dealing with now is going to be what takes me out, But that's never been the case. I wanted to communicate to people that this stuff doesn't have to be the end."

Grand credits social media for his success, pointing out that in the days before social media, artists were beholden to record labels and radio stations. Now, artists can post their work online and find their audience themselves. He's had 19 million views on YouTube, where he posts all his videos.

Of course, Grand has the added appeal of his Instagram photos, including numerous swimsuits shots, which continue to add to his appeal. Grand recently sold a slew of beefcake calendars as well as signed CDs. 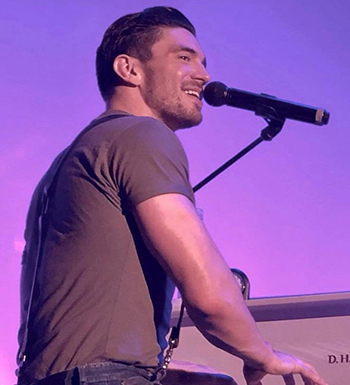 Grand said that he's never gotten negative backlash for being so open about his sexuality.

"Most of my audience has been gay from the get-go," he said. "If someone is going to get down on me for being gay, I don't have control over that, and I don't feel bad about that, so it just kind of rolls right off. But I guess that since most of my fan base has been LGBT, they just don't bother with me."
When he appears at Feinstein's, Grand, an accomplished guitarist and pianist as well, promises to perform "All American Boy" and "Pink Champagne," but says that he'll also try to do songs that he hasn't performed at Feinstein's before.

He's recently been working on some Billy Joel songs, which is new material for him. He said he doesn't want to give too much about the show away, preferring that the audience be surprised when they come to see him, though he did say that he'll be offering his own rendition of George Michael's "Freedom."

"I've fallen in love with that song," he said. "I was playing it over the summer in Provincetown [Grand has a successful summer residency at the seaside resort community's Art House], and it ended up being a favorite. I usually try to keep switching up my covers every six months so that the people who are coming back are getting a different show, which they will."

Elton John is very special to Grand. He knew that John was gay when he was growing up and discovering his own sexuality. Having someone like John to look up to made him realize for the first time that being gay couldn't be that bad if someone like John could create such great music which connected people across generations.

Grand has a message for those who may not be familiar with his work and might be on the fence about coming to see his show.

"That's totally okay," he says. "At least half the show is going to be covers, so they're definitely going to hear stuff they know. I really try to do really big songs from the '60s all the way through to the music of today, so however old you are, there's something in the show for you."

And he'll definitely be doing a meet and greet after the show.

"I do try to make my shows very personal," he said. "I try to connect with the audience through my songs. I try to make everything that I'm playing relevant to the audience, and I think people really appreciate that. That personal style has become my live, onstage style and people seem to respond well to it."