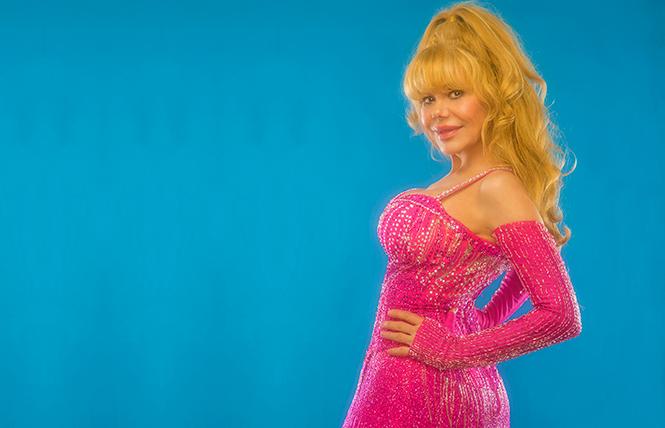 On Friday September 20 the incomparable legendary Charo returns to San Francisco for an evening of music and cuchi-cuchi at the Herbst Theatre.

It's a bittersweet homecoming for the actress and musician, who is still recovering from the loss of Kjell Rasten, her husband of forty years. Rasten committed suicide after developing a rare skin disease, and Charo was devastated by the loss.

But, always the trouper, she believes that the show must go on. And so she dried her tears and resumed her touring and performing schedule. 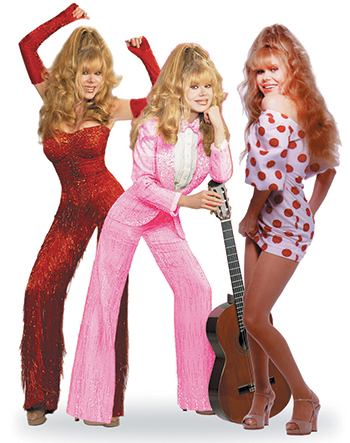 Charo (68, whose real name is María del Rosario Pilar Martínez Molina Baeza) is a multi-faceted artist, well known as one of the greatest classical Flamenco guitar players in the world. A native of Spain, she was considered a child prodigy and studied with the legendary guitarist Andres Segovia.

But musician is just one of the hats that Charo wears. She is also an actress, appearing on iconic TV shows like The Love Boat, Fantasy Island, Hollywood Squares, and many others. She is also known for her wild "cuchi-cuchi" stage persona, a campy act in which she madly swivels her hips, presenting herself as both a sex symbol and a parody of a sex symbol at the same time.

When she takes to the stage at the Herbst, her cuchi-cuchi character will be on full display, as will her virtuoso guitar playing.

"I love San Francisco," Charo said in a phone interview with the Bay Area Reporter. "I call it Planet San Francisco, and it's the best audience perhaps in the whole world because it's a melting pot, muy simpatico, and very friendly."

Charo has been a great friend to the LGBT community. During one of her earlier visits here she was a Grand Marshal in the San Francisco Pride Parade.

"I am a person who loves freedom, equality, and believes that everyone is beautiful," she said. She noted that it felt great to hear people in the parade applauding her. 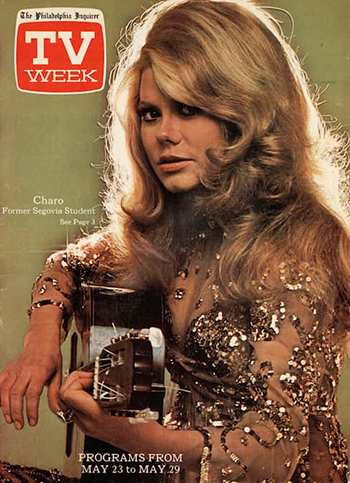 "It's a great feeling that people love you," she said. "Perhaps they're happy that you gave them a great night, and they're happy to have the opportunity with the applause, to say thank you back."
When she was here before, she judged a Charo look-alike contest, and, as she puts it, "They were better than me! San Francisco is full of artists, free minds, creative people who admire something that is different and original."

Charo's guitar-playing has become legendary. She recalls a lesson she learned from her teacher Andrés Segovia.

"He told us to hold the guitar close to your heart," she said. "As close as you can. 'Follow your heartbeat, and play from your heart, not from the technique that I'm teaching you.' And that is what I do.

"When I hold the guitar, I just let my heart beat, and I try to make the guitar talk. And I hope to get a great welcome with my song 'Besame Mucho,' which I just recorded for my husband and for everyone that is in love. Because when you know love as I did, it is the greatest gift everyone can have. May you find that love, may everyone find the love that I'm talking about."

Charo admits that things have been rough since she lost her husband. 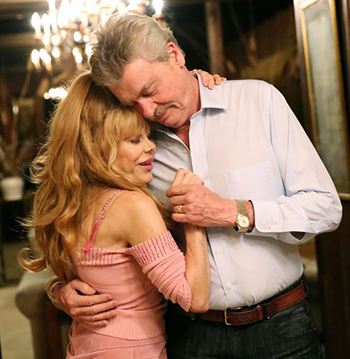 "I'm an entertainer in my heart," she said. "And I always have in my mind, no matter what happens, you've got to entertain, because people have enough problems in their life. They want to have some kind of treat when they are listening to somebody and they forget their own trouble and enjoy it for the time being. So in my conscience, in my DNA, no matter how I feel, the show is going on.

"I am so hurt, so traumatized, so down, that when the rainbow fades away and you don't see that anymore in the sky, that is me. And so I recorded the most romantic, passionate song 'Besame Mucho,' which in English means kiss me a lot. Because at the end of the day the only thing that counts is love. It's priceless."

Charo promises a lot of energy at her San Francisco show.

"The first 40-45 minutes will be hot to trot," she said. "People will want to get up on their seats and dance, like when you're in a nightclub. And then they're relaxed, having fun, and tripping with the music and they forget their own problems. And when I play the guitar, with the exception of 'Besame Mucho,' which is very soft and sensual and quiet, the rest of the show is uptempo and exciting."

And she promises that her cuchi-cuchi will be on full display.

"Are you kidding me?" she said. "If I don't do cuchi-cuchi, I go broke! Cuchi-cuchi for me means money! Lots of cuchi-cuchi, it's lots of fun!"