Negotiating Risk: Sex in the time of pandemics 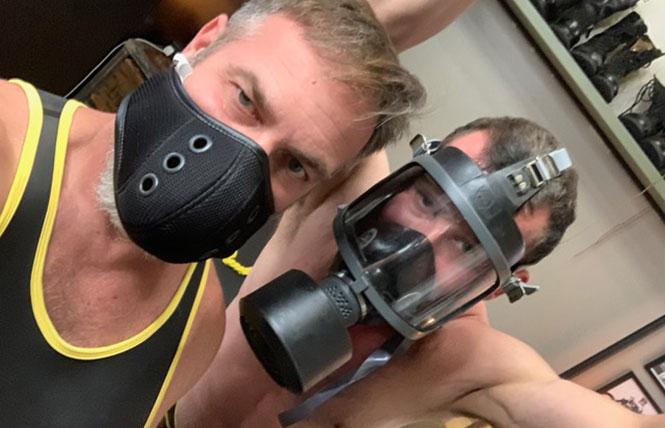 The San Francisco Bay Area is slowly beginning to open from the rigid shelter-in-place restrictions necessitated by the pandemic. This week I walked down Castro Street and felt a vibrancy returning to the city with restaurants serving customers at sidewalk tables. Although we must intelligently proceed with baby steps as we reopen society, the tentative relief seen in the eyes of those on the street was palpable.

However, there is one part of life where the specifics of how we proceed to return to some semblance of normality seems elusive for many — sex. How does one have sex without having been sheltered in place exclusively with someone? How does one have sex when the virus is potentially passed by the most casual of unmasked contacts?

While this column often addresses topics and issues pertinent to specific sexual subcultures, how to have sex is the elephant in the room for just about everyone who is single or not monogamously cohabitating.

To help me and others struggling with this issue, I moderated an online discussion for a group of about 50 men who are members of a local kinky men's Facebook group I administer. The conversation was engaged, passionate and thoughtful.

A day prior to the discussion, New York City published its updated Safer Sex and COVID-19 guidelines, the most robust and sex-positive guidelines I have seen from any American city. They went so far as to suggest "making it a little kinky" with creative sexual positions and physical barriers such as walls (glory hole fans are rejoicing).

One of the men who took part in the discussion was Kristofer Weston, a well-known kinkster and the Executive Director of www.IsMyGuy.com. He shared one of his current play strategies.

"After some careful discussion I had a play buddy come over to my place. I had him shower immediately after coming in, then put on a sexy gas mask I had waiting for him in the bathroom. I wore another style of properly filtered fetish mask. My buddy and I then proceeded to have an amazing time with bondage and other forms of play, never once taking the masks off. It was incredibly hot. Once we finished, we both showered and he went on his way, both of us sexually satisfied. We're kinky, dammit. It's in our nature to come up with creative fun ways to have sex. We can do this!"

One thing the group seemed to agree on was that shame and judgment had no place in such dialogues. The moment you judge someone for their own guidelines you shut down meaningful discourse, both one-on-one and as a community. No two people or situations are alike and therefore how we approach sex in the era of COVID-19 will likely differ.

Apart from ways to have sex and play, there were other considerations brought up.

Effective communication between partners came up over and over. This is nothing new for kinky men for whom negotiation is a foundation of their sex. Assessing our own and others' risk profiles is a tool we can also use when deciding whether to move forward with sex. In the case of COVID-19, and unlike HIV, one's risk profile includes those with whom you live, work and socialize since the virus does not discriminate between sex and social partners.

Self-isolating for an agreed upon period such as seven or 14 days prior to and after having sex was mentioned by a few of the men.

There was a lot of talk about forming sex families or pods of partners who agree to only have sex with each other and take reasonable precautions when not together. While a great strategy, more than one single person without such a group voiced the frustrations they felt not having such an option.

When all was said and done, the discussion offered a lot of insights and strategies, but nothing definitive and absolute. Such is the nature of this virus. Any type of sex or social interaction is by its nature a harm reduction strategy rather than a surefire way to avoid infection. We all came away from the discussion with as many questions as answers because the landscape of this virus changes by the day.

Stay safe in whatever ways you decide are best for you. Just make sure you stay informed about the virus and the latest suggestions from both health authorities and your fellow sexual adventurers. 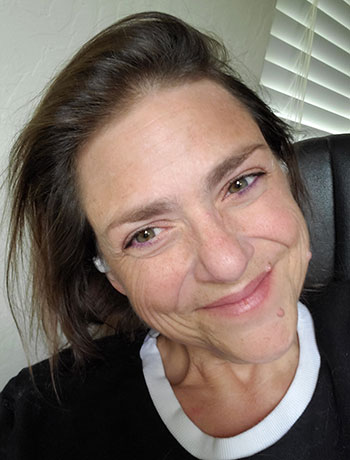 SF Catalyst Fundraiser
One of the cornerstones of local Bay Area kink life is a community space called SF Catalyst. Ostensibly this is a dungeon and play space, and that is its original incarnation, but it has become so much more. A wide cross section of kink groups, nonprofits, party producers, educators, discussion groups and others use the space.

Unexpectedly, SF Catalyst was recently presented with an opportunity to expand their current space to an adjoining inside and outside space that would dramatically improve the options for future rentals, including offering better social distancing possibilities once gathering restrictions are eased.

Due to the pandemic, SF Catalyst, a project of the nonprofit organization San Francisco Bay Area Leather Alliance, has been unable to generate revenue through rentals to support the space.

To ensure that the space remains open and operational, and can expand in size, SF Catalyst has launched a fundraising effort through their Patreon account with a goal of $10,000 in ongoing financial support.

Angel Garfold, the President of the Alliance, had this to say about the space's importance to the local community.

"SF Catalyst, the only nonprofit volunteer run community and kink/sex-positive space in San Francisco, is a place to come together and not only survive alongside each other, but to thrive with each other, and finding a way to make sure it's still there for us all is vitally important."
This truly is a vital space for so many in our local kink communities and I hope my readers will consider becoming a supporter. Contributions are tax-deductible. http://patreon.com/sfcatalyst

Tips abound for having sex during the pandemic

Living in the grey: Democratizing sex amid a crisis