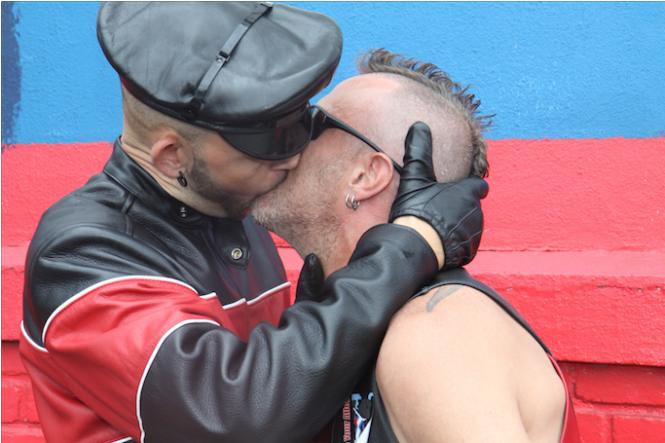 Within the radical sex and relationships communities in which I navigate, there are few things that spark my anger more than shaming. Whether it's coming from within the leather, kink, polyamory or gay men's sex cultures, or from external sources, shaming is far too prevalent.

I'm sure shaming comes from within and without women's sex cultures too, but I don't pretend to understand that fully enough to comment. Still, this likely applies across the gender and orientation spectrums.

Shame as a noun describes a feeling of guilt, embarrassment, humiliation or disgrace due to awareness of a misstep or impropriety. The thing is, virtually none of the things kinksters and other sex and relationship adventurers are accused of is something for which they should feel any negative emotions at all.

Shaming as a verb is to engage in actions that try to instill a sense of shame in someone else, and this is where the greatest problems lie in our communities.

Misguided people consider shaming a viable way of trying to modify someone else's behaviors or views. Some inappropriately use shaming to express disagreement with another's choices or actions. 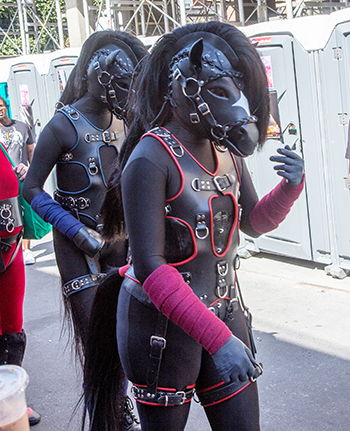 Instances of shaming are sadly plentiful.

Just last week at Mid-Atlantic Leather Weekend, a friend overheard two leather-clad men in the lobby of the host hotel shaming a young guy who wasn't dressed in what they considered "appropriate" gear. That happens a lot. A young guy might walk into a bar on a leather/gear night wearing nothing but the harness he excitedly scraped together every disposable cent to buy only to hear a snide comment from someone else in the bar about his attire.

Body shaming is common. It happens within the leather world for sure, but interestingly I think in many ways we deal with this a bit better than some mainstream folks.

However, within what I refer to as gay sex culture, I've seen it happen often. One non-sexual illustration of the prevalence of body shaming is how some people (gay men mostly) comment that if the nude guys walking around the Castro were hotter, they'd be more comfortable with it. If that's not overt body shaming, I don't know what is.

Orientation-shaming happens. Bisexuals are still too often besieged by comments that they should make up their mind one way or the other. I could point to mountains of data that attraction orientation resides on a spectrum and these folks would likely ignore it all and remain resolute in their misguided bias.

Polyamorous people are often shamed for the evils of promoting non-monogamy or being a bad example amid the LGBTQ set that's decided only parroting the heteronormative two-person monogamous relationship is acceptable. It doesn't matter to the deriders that the people in these relationships might be supremely happy. Their 'one size fits all' mindset fails to see the joys of the diversity of experience.

Entire leather events have been shamed because of a real or imagined misstep of some sort. Shamers rarely approach such situations as an opportunity for correction, refinement or dialogue. They would rather trash the entire event outright.

Highly sexual people are shamed by those who perceive their own level of sexual activity and the way they do it as the only correct or proper way. Anyone who deviates from that is a slut, a whore, or a spreader of disease.

Bottom-shaming happens frequently. If I had a dollar for every time I've heard "Oh, he's a bottom," said in a dismissive or elitist tone, I'd be a rich man.

Shaming takes place in all venues, but social media of course provides an easy-access megaphone to blast the shaming out to the world to be amplified by those who like to shame too.

In a Psychology Today article, 'Why Shaming Doesn't Work,' psychology professor Krystine I. Batcho, Ph.D. points out some of the damage shaming can do. Since I contend that kinksters, the polyamorous and sexual adventurers are engaging in what feels genuine about themselves, I think this applies since it points out the stress and depression shaming can elicit.

"Shaming someone for what they cannot change places them in an impossible situation that can yield nothing beneficial. The absurdity and futility of such interactions are clear when a parent admonishes a young child to grow up.

"For people who are able to conceal a stigmatized identity, shaming can increase the 'divide' between public and private dimensions of their self-concept. Research has shown such separation to be associated with greater social stress and depression."

Please don't shame. Please gently point out shaming when you see or hear others do it. Let them know why it's not helpful. Much of shaming is sadly built into our competitive and sometimes screwed up culture, but that doesn't mean we should tolerate it.

Race Bannon is a local author, blogger and activist. www.bannon.com
For Race's previous columns, and leather-kink events, go to https://www.ebar.com/bartab/leather-kink