Sex is a smorgasbord 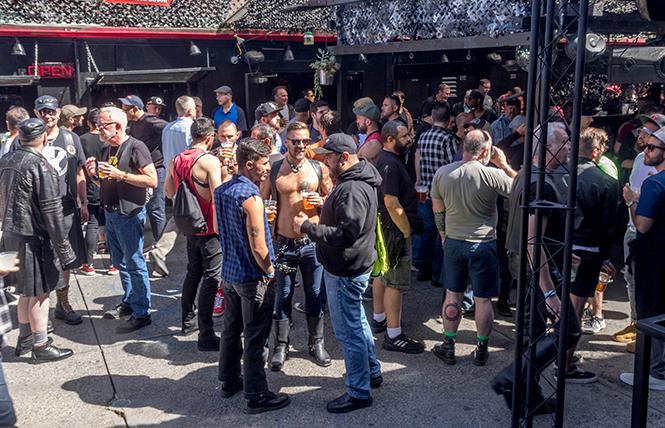 A large crowd was in attendance both inside and outside the SF Eagle at the recent 6-year anniversary block party. photo: Rich Stadtmiller

I've noticed a creeping trend lately when it comes to how some people present their sexualities, kinky or otherwise. This happens mostly online on cruising sites and apps, but it seems to be happening increasingly during face-to-face engagements I've witnessed.

My ex, Guy Baldwin, had a wonderful metaphor he'd use in his presentations and writings about sexuality, kink sexuality in particular, but it pertains to all of sexuality. I've poached this metaphor many times because it's so good.

Guy would liken sexuality to a smorgasbord. While there may be a seemingly endless variety of foods on the table, few people like them all. Nor should they feel compelled to like them all. We can pick and choose those that we like and leave the others for people with different tastes. The goal is to have an enjoyable meal, not to try everything on the table.

Just as with gastronomic tastes, sexual tastes vary. Some like spaghetti and some like egg rolls. Some like both. No choice is better than another. It's all a matter of personal preference. 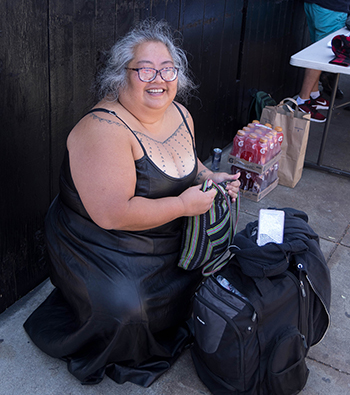 Rachele Sullivan backstage at the SF Eagle 6-year anniversary block party just before going on stage to receive an Eagle Feather Award for her longstanding work in the leather communities. photo: Rich Stadtmiller

Yes, some people have incredibly specific and narrow ranges when it comes to their sexuality. They have every right to those choices. My fear though is that with such specificity being more common lately people will come to believe that's how our sexuality should function.

While this column caters to the kinkier among us, the problem of rigidity happens a lot in vanilla sex situations too. How often have you read an online hookup profile that lays out the exact and very specific way you're supposed to please them with nary a mention of their openness to pleasing others? I would guess you've seen it often if you peruse those sites and apps at all. 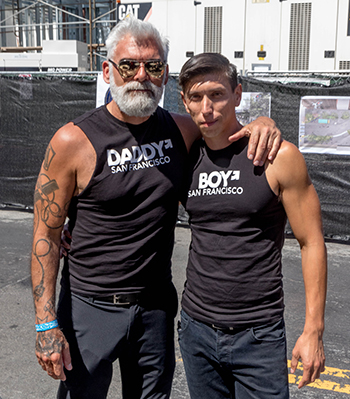 The Eagle Plaza construction project is expected to break ground shortly with the hopes that it will be completed by Folsom Street Fair in late September 2019.

Congratulations to the SF Eagle on six years of reviving the bar from closure to now clearly again being one of the most important leather community institutions functioning in our city.

The Eagle Plaza is still actively raising funds to complete the final phases of the project which include various types of leather markers, which will differentiate the Plaza from other city public spaces.

People, clubs, organizations and businesses can help fund these markers by becoming an officially recognized donor with various donation levels available from $100 to $10,000 or more. You can adopt a garden, adopt a tree, have your name on an inlaid stud, sponsor the leather pride flag, be an Eagle Plaza VIP or fan club member.

Check out the Eagle Plaza donation levels available by visiting their website and click on Donate. www.eagleplaza.org.

for Leather events, go to https://www.ebar.com/bartab/leather-kink