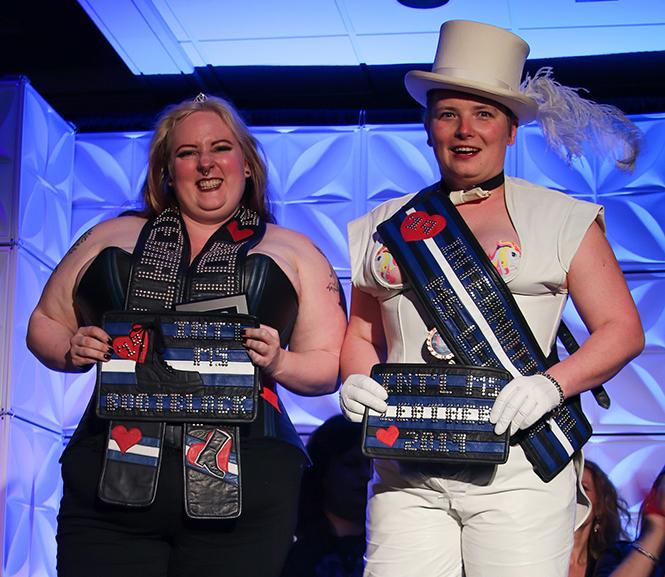 Over the course of my tenure writing this column, I've received feedback that readers often prefer something other than pure reporting on events. As one gentle critic put it, "I prefer you don't just reword an event's program," and they have a point.

I decided to take the feedback to heart as I write about the recent International Ms. Leather and Bootblack (IMsLBB) weekend and competition held in San Jose, California.
Rather than just a point-by-point recounting, I decided to ask attendees why they like IMsLBB, why is it important, and any other insights gleaned from those who attend.

IMsLBB is one of the key national events for leather and kink women and their friends. I think it's historically one of the better run conference-style events. Many attendees echoed that sentiment. 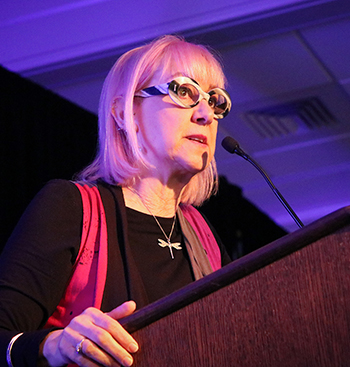 While one might think the weekend is comprised of only women, quite a few men attend. IMsLBB has gone out of its way to make men feel welcome.

Just remember guys, if you're attending a women-centric event, you're a guest of the women. There is an upside to such inclusion, but the downside can be that the core constituency of an event starts to feel like their territory is overrun. Let's make sure the women at such events never feel that way.

Everyone along the gender and orientation spectrum mentioned they like that men could more fully participate in this celebration of women. I heard of no friction or drama about it.

IMsLBB runs in large part through the generous donation of time of volunteers who keep the entire enterprise moving. Someone at the registration desk explained that she loves doing so because she gets to see so many old friends and make new ones. Her enthusiasm was infectious. Her attitude is a clear demonstration of why I recommend people volunteer for any leather, kink or LGBTQ event or organization for which the mission resonates. Every volunteer I saw had a smile on their face.

The weekend is more than a container for a contest. For many attending, the contest has become secondary to the weekend's focus. I asked one woman if she was going to the contest. She said no because she was going to be in the play space doing what she came there to do; play. We high-fived each other.

IMsLBB gives it attendees plenty of places to play, including a men's play space. I'm a huge fan of all leather and kink events keeping the sex and play front and center as a priority. Kudos to IMsLBB for doing that. 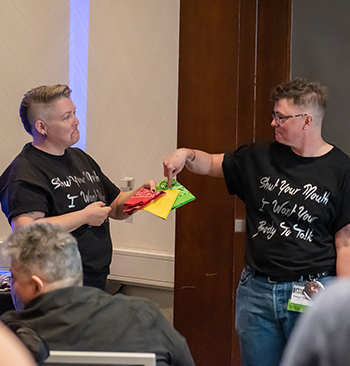 One of the many fine education classes at IMsLBB. Do you know the hanky code? photo: Shilo McCabe

The last feedback I got from attendees is probably the one I heard the most. People came for the classes, contests, and other official happenings, but it's the hallway conversations they said keep them coming back. I hope all conference producers hear that. Make plenty of time for people to meet and mingle, even outside of any scheduled events. Most of us go to such conferences for the people. Everything else is a perk.

I attended the contest and watched as the IMsL contestants, Haley, Heather Kelley and Tuesday Niles, and the IMsBB contestants, Brooklyn and Gretchen, competed. All did themselves proud.

A male audience member who had attended many men's leather contests mentioned to me how overtly kinky and sexual all the contestants were compared to the men's contests he's seen, and he liked that the women were so sexual. My fellow men, take note. Maybe we need to step up our kinky game a bit.

After what appeared to be a close contest, based on what I witnessed from the audience, Haley emerged victorious as the new IMsL 2019 while Gretchen won as IMsBB 2019.

Haley told me there are many things that make her excited about winning IMsL, but what makes her the happiest is the opportunity to make connections around the world and to spread her message of inclusion. Haley started a project to welcome people on the fringes into our community, the Wallflower Project, which is a hanky people can wear to show that they are looking to be approached and need a little help breaking the ice.
Gretchen mentioned to me that she was happy to win the IMsBB title because it offers her the ability to connect in person with so many people in the leather community.

Besides the contest, there was so much else to do at IMsLBB. Seduction ushered in the event on Thursday night. Barbara Carrellas delivered the brunch keynote address. Ruth Marks was interviewed by Sarah Humble as part of the Inside the Leather Series. There were lots of great classes. Play spaces were open every night. The Consent Institute sponsored by Tantus was a success. There was a pool party and a pet park for the animal players among us.

If you think IMsLBB might be a fun time for you, I recommend you bookmark the IMsLBB website and check it later for hotel and conference information. The next IMsLBB weekend will be April 16-20, 2020. www.imslbb.org

For Leather events, go to https://www.ebar.com/bartab/leather-kink