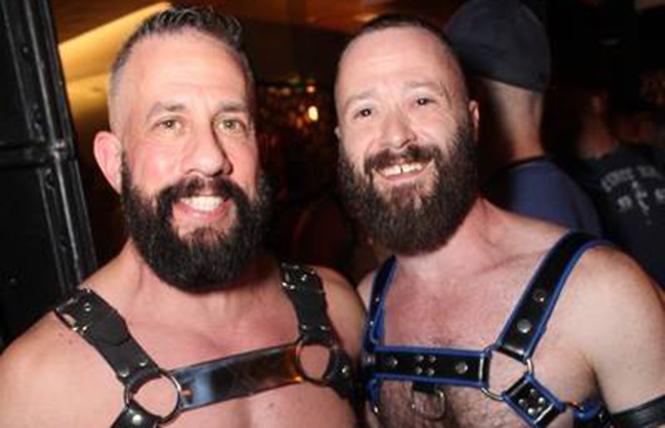 Ed Morgan (left) is the creator of Prime and his partner, Julian Hobson (right), is an integral part of the production team. photo: Marques Daniels

One of the many attractions to San Francisco when I moved here in 1994, and when visiting for many years prior, was how readily it embraced older gay men. When I'd visit San Francisco, I was always pleasantly surprised at how well older gay men were integrated into the larger LGBTQ whole, especially in the leather scene, and it consistently drew me here like a magnet. That's continued to be my experience as a resident.

The Bay Area tends to embrace the entire range of LGBTQ ages better than some other urban centers I've lived in and visited. I've always found it a bit easier to be an older gay guy in San Francisco.

We all have things around which we're not as well-adjusted as others, but my age is something I'm rather comfortable with and always have been. Still, living amid people who see me less defined by my age is a nice thing to experience. 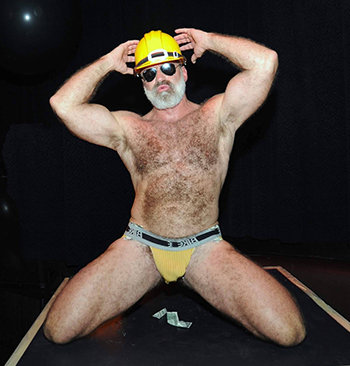 One of the unique features of Prime dances is that every dancer on a gogo box is 50-plus; no youngsters allowed on the boxes. photo: Joe Pessa

But just because it makes sense doesn't mean that's what we should be content to accept. It would be nice if young people made space and opportunities for the older among us, and some certainly do, but I do not fault them for not doing so. Their attentions are typically on their own interests and needs and I would expect them to focus like a laser on what their younger counterparts and friend circles want and need too. More power to them.

Resignation is not my standard mode, though. Anytime I see a lack of something in a community, one of the adages to which I return repeatedly for community building motivation echoes in my head. It's what Ray Kinsella (Kevin Costner) hears in the movie Field of Dreams.

The voice whispering to Costner's character to build it (in that case a baseball field) is one I repeat anytime someone starts pointing out a lack of something. I use the more popularized if inaccurate version of the quote, "If you build it, they will come."
Time and time again I hear the words, "I wish we had ABC" or "If only they would XYZ" or some variation of "life would be so much better if we had a certain something" with that certain something being a place to gather, an event, an organization, a discussion group, a community service, or something else that would improve the lives of us kinky folks or anyone who lives at the edges of norms.

Out of my mouth immediately comes the build it and they will come phrase quickly followed by "and once you build it you have to let people know it's built." This is the caveat I always include. I see so many people create something really cool, then watch it die on the vine due to lack of promotion.

And passive promotion is often not enough. You usually must reach out, directly. Contact key community linchpins who are highly networked and get them on board. Go directly to the people you want to attend or join something and then encourage them to reach out to their networks.

So, the adage should really state, 'If you build it, they will come. But promote the hell out of it too!'

A prime example (you'll see why that's funny in a moment) of this concept are the guys behind a unique men's dance event here in San Francisco. I had initially hesitated to put forth this event as an example here because I've been honored to be a host for the event many times. But the alignment with the concept I'm trying to illustrate is just too good to ignore.

My friend Ed Morgan approached me a while ago asking me what I thought about a new concept for a men's dance party. There seemed to be a hunger for a dance event that catered to older guys and those who found them hot. 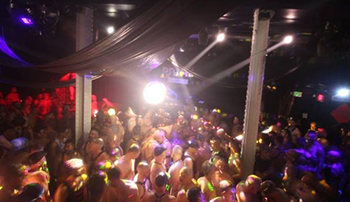 Each Prime dance packs in a crowd of men in their prime and their admirers. photo: Marques Daniels

Since Ed has navigated within the leather and kink worlds for a long time, he noticed the same lack in those sectors too. From that early conversation and others that followed Ed took the idea and ran with it and created what's now become an iconic local event, Prime (now you know why my use of the word was funny, well, as funny as I get anyway).

Prime is now a regularly recurring dance party that caters to a dancing audience of men in their prime and their admirers. Even every go-go dancer on top of the boxes is a man in his prime. The dance has always reached out to and been overtly welcoming of men in the leather and kink communities too.

Morgan created Prime to give older gay men a sexy, fun social event where they can get out and feel comfortable being themselves, and where they can celebrate life among peers. It started out with the "audacity" of having a man over 50 doing something (gogo dancing) that for most of gay society is not age-appropriate. Ed and his production crew are happy they can demonstrate that it's not only appropriate, but sexy and desirable.

And Morgan is ecstatic at the reaction to the Prime dances thus far.

"The reaction to the event has been extremely positive. From the beginning, men showed up who haven't been out at a dance event in years — some had not been out since PleasureDome back in the '90s! We frequently have folks tell us how much they appreciate the fact that we're doing this. People understand the concept and are loving that we have created a sexy daddy party that's free from judgment. People often say they feel so comfortable at our events because the environment is so friendly."

The next Prime dance event is December 8. You can find a link to the event and future Prime events from their website, http://www.TrophyDad.com

I've used one specific example here, but I could have put forth others. Instances where someone noticed a lack and then created something to fill the void. This is how community gets developed. This is how the various leather and kink camps within our overall scene will continue to thrive. We can't assume others will create what we need. Often, we'll have to do it ourselves.

Consider this me granting you permission to build it so that they will come, especially if you're going to create something for us older kinky folks. I assure you, we'll be quite appreciative.