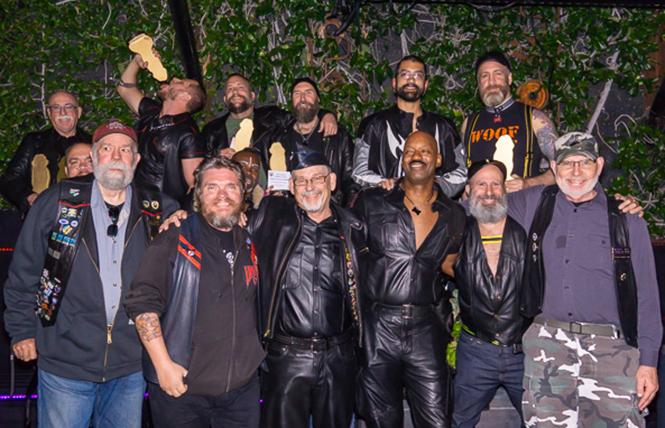 One of the ramifications of badly worded legislation is that often there are unintended collateral damage consequences. Recently, the President signed into law ill-conceived and overly broad legislation referred to as SESTA/FOSTA, an amendment to Section 230 of the Communications Decency Act (CDA).

While this appears to be a good thing on its surface, enabling law enforcement to fend off the real problem of human trafficking, the collateral damage to all of us has already begun and is likely to get worse.

Here, however, I'd like to explain how SESTA/FOSTA might impact all of us who live, socialize and play within the kinky, sexuality-identity subcultures and even the non-kinky who are LGBTQ. 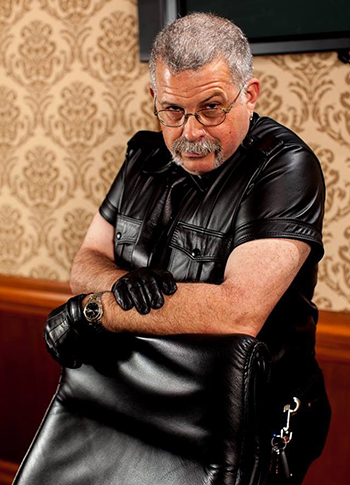 By passing this legislation to ostensibly reduce sex trafficking, Congress has made life worse and less safe for sex workers in that line of work by choice while at the same time creating a legal atmosphere that may squelch other sexual content online, thereby impacting many of us beyond the sex work trade.

Many who advocate for free speech and an open internet say this legislation could lead to censorship and the stifling of innovation. But assuming you're not a sex worker, how might this legislation impact your individual leather, kink or LGBTQ sex life?

Since leather, kink and many other sex-related sites tend to be smaller operations than the bigger online platforms, they might not have the financial resources to fight any charges brought against them due to the legislation, even if the charges are blatantly false. This sort of economic pressure could put existing sites out of business and stifle the launching of new sites in the future.

Already the mere fear of such prosecution has forced Craigslist to shut down their Personals section. More drastic measures to dodge this badly crafted legislation's tentacles are likely from other sites as well.

Imagine you're using your favorite cruising app or site. Just one of thousands of users happens to use language that alludes to sex work of which the site operators are entirely unaware. That site could endure harsh prosecution and penalties putting a heavy burden on their finances. Some might not survive such a legal battle and go out of business. Your favorite cruising platform is no more.

Now imagine you're one of those existing sites and you want to do whatever it takes to avoid prosecution. One mechanism you deploy is the use of heavy filtering tools that might block some of the now illegal content. However, those same filters might just as likely filter out totally legitimate content because the filters end up culling and deleting content in an overly broad manner. No filtering mechanism is perfect, and they want to err on the side of caution.

Those of us active on social media are already quite aware of seemingly innocent posts being flagged in violation of terms of service, or users being locked out of their accounts for often entirely unfounded reasons, with no recourse.

Now imagine this happening a lot more from now on. Over-reliance on automated filters to delete borderline posts or content seems inevitable. When these platforms err on the side of censorship, marginalized voices are censored disproportionately. Make no mistake, we leather, kink and LGBTQ people are indeed still marginalized, and our online freedoms are in danger.

Because our physical spaces (bars, meeting spaces, play spaces, education venues, and so on) are shrinking in number and becoming more expensive to rent, more of our communications, connections and organizing are done online today. Heavier restrictions on sexual content could easily impede our online lives and damage our communities.

As Elliot Harmon wrote for the Electronic Frontier Foundation, a nonprofit organization that works to defend civil liberties in the digital world, "It's easy to see the impact that this ramp-up in liability will have on online speech: facing the risk of ruinous litigation, online platforms will have little choice but to become much more restrictive in what sorts of discussion ¬-and what sorts of users- they allow, censoring innocent people in the process."

Speaking for himself and not officially for his organization, Hardy Haberman, renowned leatherman and Co-Chair of Woodhull Foundation, a national human rights organization that works full-time to affirm and protect sexual freedom as a fundamental human right, said this about SESTA/FOSTA.

"This bill snuck in because of lazy politicians," said Haberman. "The shitstorm that is Trump sucked all the air out of the media. The bill is written so voting against it was like the old question, 'When did you stop beating your wife?' No good answer except to vote for it. After all, who doesn't want to stop under-aged trafficking? Framing is everything. Rather than actually addressing the nuances surrounding sex work, they just tossed everything in the same bucket."

So, what can you do about this? Sadly, it's now the law of the land. Considering the overwhelming numbers in Congress who voted for this from both sides of the aisle, Congress amending this further in the short term probably won't happen.

Our own Senators, Kamala Harris and Diane Feinstein, both supported the bill. But that doesn't mean you shouldn't let your Senators and Representatives know how upset you are with this legislation. Maybe enough pissed off voices will make them consider revising the law.

Write and call your elected officials. Ask them to alter the law. Ask them to clarify if they consider all sex work to be sex trafficking. Express support for sex work decriminalization as endorsed by the United Nations and Amnesty International as a measure to fight trafficking and protect sex workers.

Another hope lies in any potential lawsuits that might be filed against the legislation and, if they are, we need to support the people and organizations mounting those legal challenges with our voices and our money.

Getting a Woodie
Speaking of sexual freedoms, I attended an annual local event this past weekend at the San Francisco Eagle, the 46th Golden Gate Guards' Golden Dildeaux Awards, also known as The Woodies.

These humorous awards are intended to poke fun at various sexual activities while at the same time provide a unique charity fundraising opportunity. With the cloud hanging over our online sex lives right now, it's nice to have an event that celebrates the overtly sexual and kinky among us.

In 1972, the awards were created by the late Mister Marcus who founded the leather column you're now reading. Mister Marcus asked the Golden Gate Guards in 1994 if they would continue the tradition as a fundraising activity for the AIDS Emergency Fund (AEF).

In 2018, AEF became part of the Positive Resource Center (PRC), the official beneficiary of this event. People "vote" by donating one dollar for each vote cast and they can vote as much as they want because the more votes cast the more money raised for PRC.

Congratulations to Golden Gate Guards for another fun event. www.ggguards.org

Race Bannon is a local author, blogger and activist. You can reach him on his website, www.bannon.com.