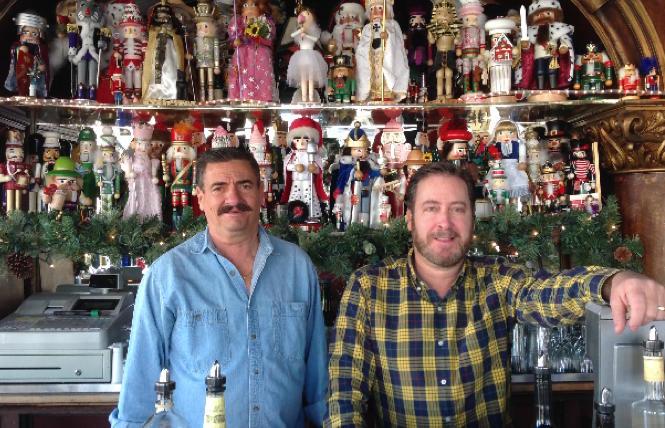 The historic Twin Peaks Tavern, a landmark gay bar on Castro and Market streets, has surpassed $100,000 in its campaign to keep the struggling bar open and pay its staff. But more funds are needed in these difficult financial times. (Update: the fundraiser received almost $40,000 since this article's publication on December 30.)

"Resilience is a perfect word to describe the Twin Peaks Tavern," wrote the bar's co-owners Jeff Green and George Roehm on their GoFundMe page.

"Since 1972 Twin Peaks Tavern has provided a safe space for the LGBTQ+ community and all who walk through the swinging front door," the owners wrote. "As a historic gathering place, we have survived many challenges that have been witnessed just outside our windows. With a deep sense of pride and community, we have risen through those past challenges, and we will survive this pandemic with help from you."

The bar, which opened in 1973 at 401 Castro Street, was the subject of the recent documentary Through the Windows, which covers its history in tandem with the growth of the Castro district as an LGBT neighborhood. Twin Peaks is known historically for being one of the first gay bars to have open windows, marking a change to the then-hidden and dark structures of previous gay bars.

In October of 2012, the San Francisco Historic Preservation Commission voted to confirm the nomination of Twin Peaks as a historic landmark, which the San Francisco Board of Supervisors approved on January 15, 2013.

"In any other year, a holiday stroll through the Castro would include a visit to the incredible Nutcracker display at the Twin Peaks," continued the co-owners Green and Roehm in their message." This year, our windows are once again darkened due to the second lockdown in our city, and we are taking every precaution to make sure our customers and employees stay safe and healthy through 2021 and into 2022. Unfortunately, the cost of remaining closed is taking a strenuous toll, and without an immediate infusion of funds, our doors will close for good." 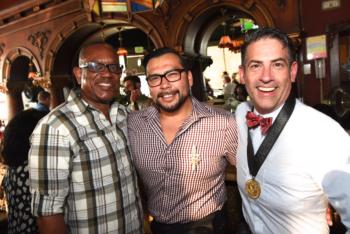 "It might feel easier for us to just give up," the campaign states. "However, as the owners of this profoundly beloved historic landmark, we feel an obligation to fight for the place that means so much to so many. We are asking you to reach into your pockets and give anything you can to save what is simply an irreplaceable institution in San Francisco. With your help, we will survive to raise a glass when we see the other side of this."

Go to the bar's www.gofundme.com. 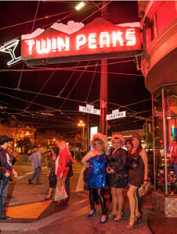