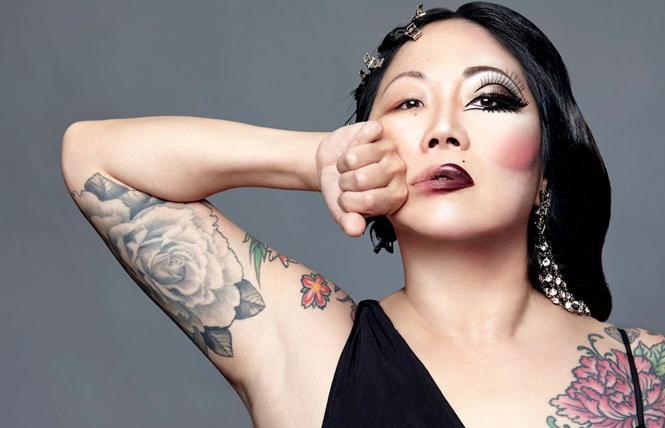 Margaret Cho is a Magenta.

"At least I know I have that costume somewhere, so I'll probably be Magenta."
The Emmy-nominated, Grammy-nominated stand-up comic and actor will host American Conservatory Theater's fundraiser gala at The Hibernia on Nov 2. The gala's Rocky Horror theme coincides with their October 31 open auditions for their 2020 production of the musical.

As a fellow Rocky Horror Picture Show fan, in a phone interview, we shared early experiences with the transgressive and rather queer cinematic adaptation that swept the U.S. (and a few other countries) during the 1980s with participatory midnight screenings of the campfest that featured "transvestite transsexual" aliens.

One point of difference and commonality is which character fans identify with, or have dressed up as for screenings or Halloween.

"I could also be Columbia, with the top hat and tails," said Cho. "But I have a legit Magenta costume at home. I would be better as Eddie, since I have all the tattoos. I could definitely carry off a Stone Butch moment."

"They would have midnight shows," she said. "It was a very big deal. I remember walking home through Golden Gate Park in the middle of the night, in 1980?"

Cho also convinced her parents to see the sequel, Shock Treatment, with her.

"That was at The Parkside Theatre, where people would pass joints. They seemed sort of okay with that." 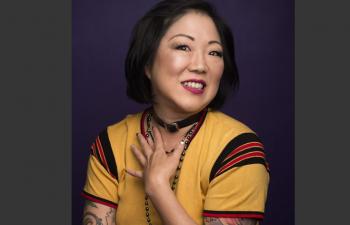 Mother
Of course, Margaret Cho's Korean parents are part of her material. Her mother, who ran a bookstore when Cho was younger, is now famous for her reaction to adult magazines that were stocked at her shop. The now-famous "Ass Master" routine locked Cho into gut-busting comedy gold history.

Since then, the multi-talent, who began doing comedy routines at age 16, has appeared in her own short-lived sitcom, multiple filmed comedy shows, competed on Dancing With the Stars, and even won an Emmy nomination on 30 Rock as North Korean dictator Kim Yung Il and his son, Un.

Cho's 1999 Off-Broadway hit show I'm the One That I Want cemented her legacy as a comedy star, and after taking control of her own DVD distribution and sales, as an entrepreneur as well. Six DVDs later, she kicked it up campy as "Poodle" on last season's The Masked Singer, and had a cameo in the campy disaster flick Sharknado 5, among other projects, including a more serious acting gig when she guest-stars on Law & Order: SVU on November 7.

California fans can catch Cho live in Los Angeles Nov. 8, with East Coast gigs later on in November. Locally, she'll be part of Sketchfest at The Chapel in 2020.

"It never really ends," said Cho. "I'm always on some sort of tour, but I usually come home in between shows."

Although she was not a Conservatory student, Cho did recall taking a few improv classes at Fort Mason with revered A.C.T. instructor Michael McShane.

Asked how she develops comedy these days, when our real political landscape far surpasses the absurd, Cho said, "There has never been a worse time for politics. It's sickening to see all the progress we made being reversed. One good thing is that it's mobilized people toward change."

As to performing with her usual political edge, Cho sees a longer perspective.

"You have to look at it like comedians said about Nero or Caligula. He [Trump] is playing the fiddle while Rome is burning. It feels almost like end times, but there is also a new beginning. It's a challenge but a skill as a writer that I have to keep up. We have an opportunity as artists to use what's at hand. We need to stay visible."

Another deft skill Cho possesses is knowing how to 'read a room.' At the A.C.T. gala, will she taper her political jokes for wealthy patrons who may support Trump?

"Oh, I've done shows in the Marina and Pacific Heights," she replied. "It's like a supper club or The Starlight Room when Bobbie Short was alive. This is a chance for guests to feel dangerous. They want to buy into queerness and danger, so I get away with more, actually. It's important to hang on to our queerness. Never forget, never take it for granted, never leave it behind."

Cho wrapped up our chat with a fun future vision.

"I love to see the older ladies with their young gay escorts at these kind of events. When I get old, I want to have my wheelchair pushed by some beautiful gay twinks."