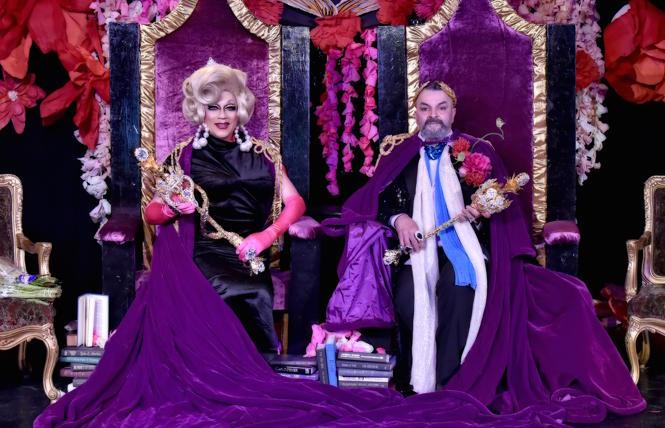 While Glamamore ran unopposed, Ehra Amaya was the other Empress candidate.

In previous years, the event annually drew royals from around the world to a week of festivities, but due to the COVID-19 pandemic, this year it was presented online via Twitch and shot at Oasis nightclub.

On voting day, MORE! shared this social media post: "Thank you to everyone that has endorsed and supported me on this run for Empress of the Imperial Council of San Francisco. Win or lose, I have already accomplished one of the main goals since I decided to run: shining a brighter light on an organization that has been critical to the fight for LGBTQ+ equality here in San Francisco and abroad."

MORE! and Glamamore, longtime friends and collaborators, have been a stellar part of San Francisco nightlife for decades. Also a prominent community organizer, MORE!, paired with Glamamore, will assuredly bring vibrancy to the Court, and the local nightlife fundraising scene, despite pandemic limitations.

"This is the city I came out in as a teen and have actively been a part of all my adult life," MORE! also wrote. "Unknowingly, many of my accomplishments have aligned with Jose Sarria's vision."

The Imperial Court's legacy goes back more than half a century to when Sarria dubbed himself Empress, aka 'The Widow Norton.'

The recent documentary, 50 Years of Fabulous recalls the first half-century history of the Imperial Council, including the Council's involvement in political issues. The Council involved itself in the fight to defeat Proposition 6 during the 1970s.

As the film recounts, the court was also involved in the fight against AIDS, raising money during the peak years of the plague, stepping in to help during a time when the government refused to do anything about the crisis.

Read more about the documentary, 50 Years of Fabulous, in our Oct. 2020 article.

In her April 27 email newsletter, MORE! wrote, "My heart is so full! I am humbled and honored to be your reigning Empress of San Francisco! From the bottom of my heart, I thank each and every one of you who supported my campaign and voted last weekend. Along with Reigning Emperor Mr. David Glamamore, I look forward to using this platform for much-needed fundraising in 2021 as we receive our vaccines and safely re-emerge from our homes."

MORE! added, "Mr. David Glamamore and I are excited about the upcoming year of our reign, as we are both now thrilled to be your new Empress and Emperor — on a path to keep the Imperial Council of San Francisco a viable organization with a new direction, followers, and fans for decades to come." 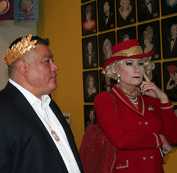