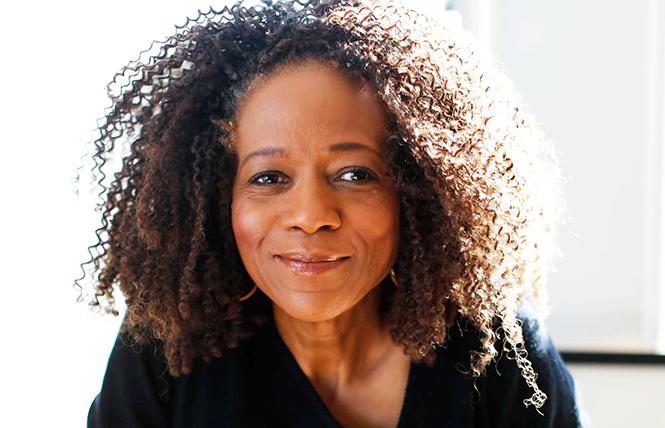 Jazz chanteuse Paula West will perform the first of nine shows at Feinstein's At the Nikko beginning February 6. The fact that her run at Feinstein's is stretched out over an extended period is a tribute to West's popularity with audiences. Most performers are booked into the venue for a night or two at most.

"This is a short time for me to be there," West said of her lengthy gig, speaking to the Bay Area Reporter by phone.

For the past three decades, West has wowed audiences with her rich, powerful contralto voice. A regular performer in both San Francisco and New York, she packs in the crowds wherever she plays.

When she returns to Feinstein's next week, she'll be performing a new show with an eclectic range of songs. With West, audiences never know what to expect, as she moves with ease between diverse lyricists such as Cole Porter and others of his generation, to Bob Dylan, and even David Bowie, always performing in her distinctive, classically jazz style.

"I feel lucky," West said. "I've been in San Francisco thirty years now. I feel fortunate that I have what you call a fan base here. I feel lucky that people still come out to see me." 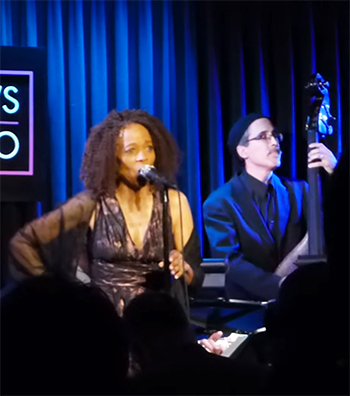 In her earlier life, West wasn't much into jazz. She came to the genre as an adult.
"It wasn't like I dismissed it," she said. "I just hadn't been exposed to it as much. When I was in college I took a jazz appreciation course and that kind of gave a first-time large exposure to the music. I wasn't singing then, I started buying LPs —as they called them back then— and just started exposing myself to music and going to some concerts."

West spoke of what draws her to jazz.

"When it comes to the arts, a lot of the time it's a really personal thing," she said. "It doesn't always make you feel good because there are tunes that aren't necessarily uplifting in a certain respect, but you're just moved by them. It just gives you a feeling; you are concentrating on the music, you're not thinking of anything else when you're listening to it, and it feels good. It's stimulating."

West is well known for her elegant phrasing and her careful attention to the lyrics of a song. She was once quoted as saying, "I sing the verses, not just the chorus."

Asked to elaborate, West said, "When the verses are available, when you're dealing with a lot of the music from what they call the Great American Songbook, there are verses that most people usually don't hear," she said. "So if they are available I try to do that; it also makes for a different interpretation of the music.

"A lot of tunes —when you're talking about Cole Porter or Rodgers and Hart— they have verses to them which a lot of people don't do and a lot of the time they have alternative choruses, and most people only know the first chorus, so I think that lends itself to having a more interesting program. There's an element of surprise when you do the verse when most people have no idea what's coming next."

She pointed out that the classic tune "Over the Rainbow" from The Wizard of Oz has a verse that most people don't know: "When all the world is a hopeless jumble, and the raindrops tumble all around ..."

"Most people don't put two and two together until they start going into the chorus of the song," West said. "There's a lot of songs like that that set up the mood to the tune."

West always includes those lyrics when she performs a song.

"It makes it sound fresh," she said. "I try not to do a song and have the same interpenetration that everyone else has done. I try to make it sound like it's the first time they ever heard the song, if that's possible." 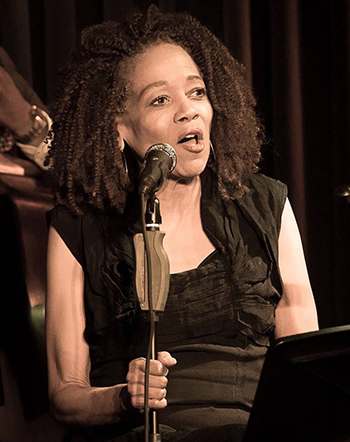 Like a rolling stone
West's reasons for singing are simple: it makes her feel good and the art form gives her a creative outlet. She spoke of why she incorporates songs by people not associated with jazz into her shows, such as Bob Dylan.

"Dylan's my favorite," she said. "I've done a couple of shows where it was all Bob Dylan. Interestingly enough, some people have come up to me and said, 'I never heard the words because I couldn't understand what he was saying!' But he won the Nobel Prize for literature a couple of years ago, and he's just a great writer. He's a poet and he's a great songwriter. When you have great writing involved, a lot of people can do their own interpretation of the tune."

In addition to doing her own shows, West has always been willing to give back to the community by performing in Help Is On the Way, the shows which are produced by the Richmond/Ermet Aid Foundation as fundraisers for a variety of AIDS and other charities. She's been doing Help Is On the Way since the 1990s and calls these shows "a great cause."

"They really contribute to a wide demographic of people who need help," she said. "And that's what makes it so fantastic. They appeal to gay, straight, and people of all colors. They're on the right side of history."

When she performs at Feinstein's, West guarantees that there will be a little romanticism and a little humor, and hopes to take her audience through different emotions.

She preferred not to say which songs she'll be performing because the song list isn't quite ready.

"I will probably have a couple of political numbers there, given the climate now, I can't avoid it," she said. "I'm not beating anyone over the head with the songs I'm choosing to do, it's not that kind of thing. But we cannot avoid what's happening right now."

She will definitely be doing a meet and greet with the audience after the show.
"I always do that," she said. "Some of the people who come to the shows are dear friends, and I like hanging out with them afterward."

She hopes that people who are unfamiliar with jazz will open themselves up to the genre.

"If you don't see me, go venture to some other singers and musicians out there," she said. "It would be great if they came to see me. You can't start text messaging during the show, this is a listening situation," she said. "It's only a little over an hour. It would be a new experience for them, and it would probably open them up to going to see other people also."