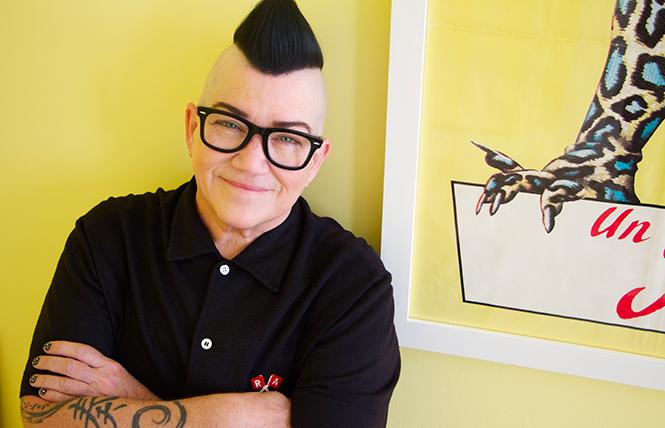 While Ellen DeGeneres is often credited with being the first out lesbian to appear on national TV, truth be told, Lea DeLaria beat Ellen to the punch by four years. In 1993, former San Franciscan DeLaria appeared on The Arsenio Hall Show and referred to herself as "a big dyke." She never looked back.

Over the years DeLaria has worn a number of hats: stand-up comic, actress, singer. She received much acclaim for her portrayal of Carrie 'Big Boo' Black on the groundbreaking Netflix series Orange Is the New Black, has performed on Broadway, recorded albums, and brought audiences to stitches in comedy clubs across the country, starting with her early gigs at the late, lamented queer performance space Valencia Rose here in the city.

On December 27 and 28 DeLaria brings her one-of-a-kind stage persona to Feinstein's at The Nikko, where she'll sing, tell jokes, and be her characteristically outrageous self. 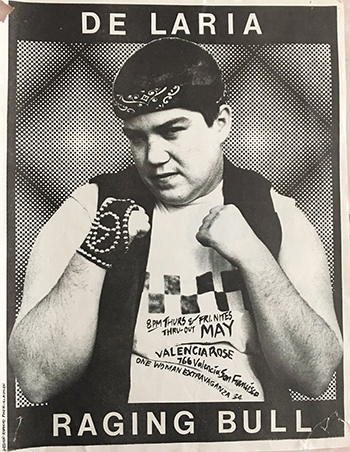 A 1984 flyer for Lea DeLaria's shows at the Valencia Rose in San Francisco.

In a phone chat with the Bay Area Reporter, DeLaria recalled her days at the Valencia Rose.

"At that time Valencia Rose did a thing called Gay Comedy Open Mic," she said. "Tom Ammiano started it. Tom wanted to try doing comedy. He was at that time a politician, as he is now, and I went to one of the shows, and I decided I wanted to try it. I went up and Tom introduced me."

DeLaria noted that at that time she was billed on her posters as "That fuckin' dyke." Ammiano introduced her as such.

"I went up to do my ten minutes and I killed," she recalled. "You never kill your first time up. You always bomb. But for some reason I killed, and I ended up being on stage for twenty minutes. Tom just let me go and I was having a ball, and so was the audience. And I came back the next week and the next week, and finally I was offered to co-host. That was in April 1982, and by September of that year I had quit my day job and started supporting myself solely as a stand-up comic and singer."

From then on, DeLaria's career as an out performer, unafraid to shock audiences, escalated. She recalled her appearance on The Arsenio Hall Show.

"Somebody did a count, I think it was The Advocate," she said. "Between my stand-up and the couch, I was on camera for nine and a half minutes and I said the words dyke, fag or queer 47 times! The audience loved me, they screamed with laughter. Arsenio loved me, he had me back three more times before the show was cancelled. I didn't just open the closet door, I kicked it down, I blew it apart with a blowtorch. I took a bazooka to that closet door!" 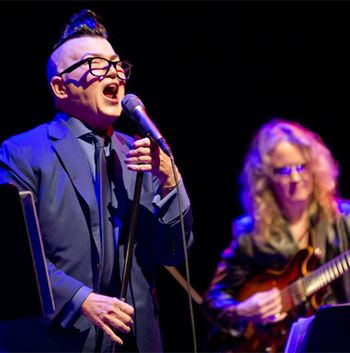 DeLaria says that there are two things she wants to do with her stand-up; change the world and get laid!

She began singing with her father in nightclubs in St Louis around age ten and always knew that she could sing jazz. As a comic, she geared her routines toward a song, then sang the song to give her audience a respite.

"Then afterwards I'll start screaming 'dyke' and 'fag' again!" she said. "And it works, I have not changed that formula."

DeLaria considers herself a singer who's funny. But she promises that her appearance at Feinstein's will primarily be a music show.

"I will always have stand-up in my show," she said. "It's impossible for me not to do stand-up."
And she will, as always, be out and proud.

"Here are my feelings on being out," she said. "People can only be where they are. You can't expect people to do something that they're just incapable of. I'm not one of those people who's always pointing at other people and saying you have to be out. I have to be out, it's important to me. It's in my DNA. I want to look in the mirror in the morning and like the person that I see, and I need to do that. But if you can't do it, I'm not going to scream at you for not doing it. But when you're ready, come on in, the water's fine."

She also feels that people who are out should be political. 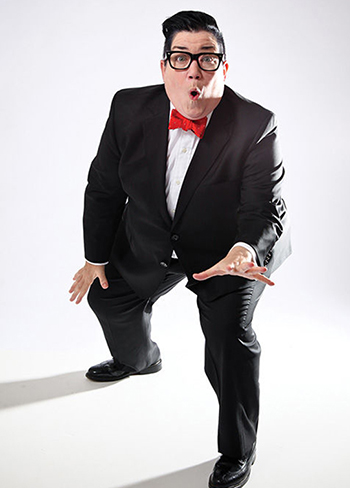 "Please get out there and start speaking," she said. "Not a lot of people have a voice. But you got feet, and you can march, and you can carry a sign, and you can be present, and we can be counted, and let them know how many of us there are and how we're not going to take this shit anymore. I'm not about to let that man tear down my life's work. It's not gonna happen. I'm not gonna let that evil Nazi tear down what I've dedicated my entire life to. He's pissed off the wrong butch dyke."

Her shows at Feinstein's will comprise of songs from each of her records. All of her records, she reports, get airplay on jazz radio, and so she will perform the songs that get the most play.

"And there will be lots of 'Fuck Trump' in my show," she promises. She'll also be doing what she calls "comedy without a net."

"I don't really write material," she explains. "I just talk, and I'm funny. I rarely know what I'm going to say until it comes out of my mouth."

DeLaria can also currently be seen in Reprisal, a new series streaming on Hulu.

"It's very noir, it's very dark," she said. "I'm really being asked to act in this in a way that's very exciting to me. If Quentin Tarantino and David Lynch had a baby, it'd be this television show. It's so good!"

She added that she's a total drag queen in Reprisal.

And if you're not sure if you should come see DeLaria at Feinstein's, if you're unfamiliar with her and her work, then she has a simple message for you.

"Google me, bitch, and come to my show! And tell all the hot girls in San Francisco that I'm single and daddy's looking for somebody!"

Lillias White: 'Happy' to be here