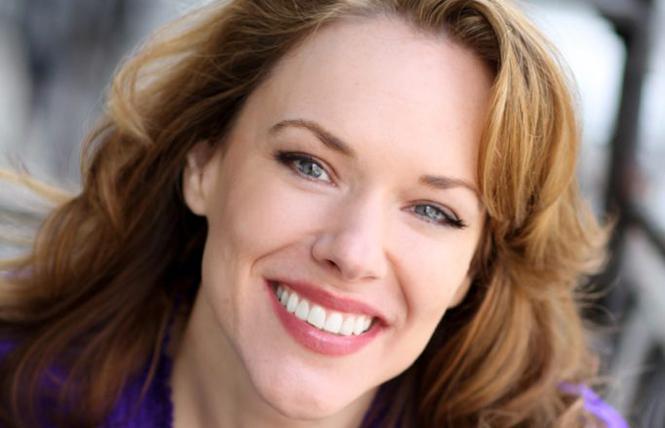 This may be hard to grasp for longtime fans who first became aware of Emily Skinner, the singer-actress known for her breakout role in the underrated cult favorite 1997 musical Sideshow.

Skinner—who performs a 5 p.m. show on December 8 as part of the intimate Orinda Theatre cabaret series—rose to fame as Daisy Hilton, a conjoined twin, alongside fellow actor Alice Ripley as sister Violet. The pair tandem-surfed a huge wave of publicity, culminating in the first ever Tony nomination for two actresses in a single role.

Fun fact: 37 years earlier, a whopping seven performers were nominated for a single supporting actress Tony award as The Von Trapp Children (two of whom were boys) in The Sound of Music.

While Skinner has gone on to substantial further success in concert, regional theater and on Broadway (including a stint as Mrs. Wilkinson, Billy Eliot's ballet teacher; and her recent turn as glitter-matriarch Georgia Holt, Cher's mother—plus a cameo as Lucille Ball—in The Cher Show) she and Ripley (Next to Normal) have never been particularly eager to check out of the Hiltons. 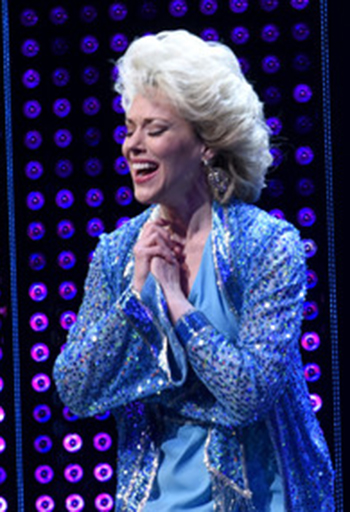 Emily Skinner in The Cher Show

As a duo, they've recorded four albums, most recently 2016's Unattached, continue to perform joint concerts (conjoins?) several times a year, and remain good friends, frequently texting and occasionally getting together outside of work when their travel schedules permit.

"We were established as stage sisters," Skinner said in a recent phone interview with the Bay Area Reporter, "and it evolved into a really unusual relationship. Early on, during the Broadway run of Sideshow, I didn't like it when we would come out of the stage door and people would call out to each of us by the wrong name. But that's long ago. As we've moved on with our separate careers and done lots of our own things, our association has become something really special that we love to come back to."

That said, Skinner's loved having a solo spotlight for as long as she can remember.

"I was a very hyperactive kid," she recalls of her suburban Virginia childhood. "They were not going to allow me to be promoted from kindergarten to first grade because I was so disruptive, and our teacher came up with this crazy idea: Every day, if I behaved for all of the lessons, I was given fifteen minutes to get up in front of the class by myself and entertain. After about a month of that, the teacher had a conversation with my mother and said she thought I really might have what it took to do this professionally."

While neither of Skinner's parents were in the entertainment field, they supported her interest. By the time she was eight, Skinner was performing professionally in regional theaters in the area. Her parents were also arts afficionados, happy to take their precocious daughter along on theater outings.

"We went to see Noel Coward's Private Lives when I was eight!" she recalls with a laugh. "Start 'em off sophisticated, I guess." 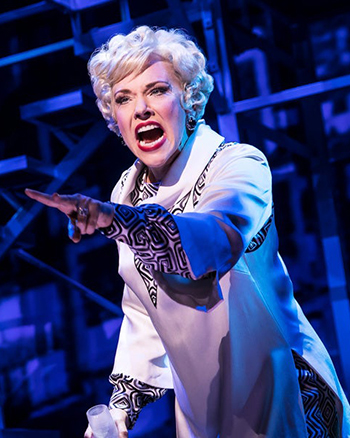 Emily Skinner in Prince of Broadway

Since The Cher Show closed this fall, Skinner has been catching up on being an audience member, and has seen at least two Broadway productions (both non-musical) that she heartily recommends: the gay mentalist Derren Brown's Secret—"Astoundingly great. I'm a lifetime fan now. One of the most interesting evenings I've had in theater in a long time"—and two-part gay epic The Inheritance.

Skinner is no stranger to Bay Area audiences. In 2014 she starred in a rare revival of the Sondheim-Rodgers-Laurents collaboration Do I Hear A Waltz at 42nd Street Moon, returning to San Francisco for the A.C.T. production of the Sondheim staple A Little Night Music in 2015, and for a concert performance at the Venetian Room in 2016. Fans who saw that show will appreciate the opportunity to revisit her wisecracking, audience-engaging solo act in the far more intimate confines of the Orinda, about one-third the size of the grand Fairmont showplace.

Skinner says the show will include selections from throughout her career, including her 2016 run in Prince of Broadway, the Hal Prince tribute which featured songs drawn from crowd-pleasers including Phantom of the Opera, Cabaret, and Company.

Before Prince opened in Manhattan, Skinner joined the production for an unusual two-month warm up in Tokyo and Osaka.

"One of the things that was great about performing in Japan," she recalls, "is that the theaters have an electronic system that automatically shuts down cell phones during the performance. They come back on at intermission and then go off again for the second act. Since that experience, I've noticed that there's at least one phone that goes off every time I'm on stage or in an audience in the States."

Orinda concert-goers: your gauntlet has been thrown.