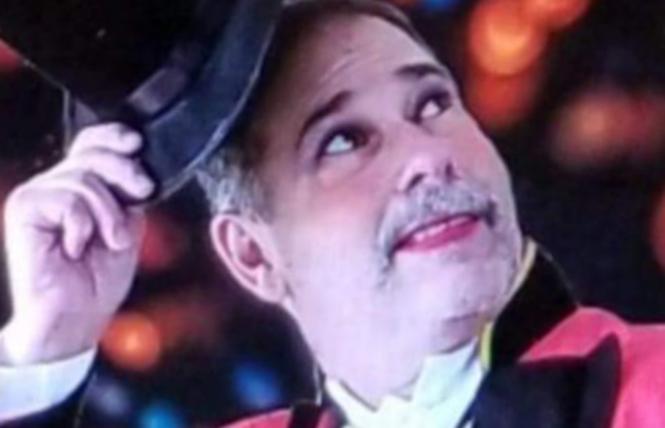 Tom Orr will sing for his supper at Martuni's when he offers The Greatest Showqueen, an evening of wild parodies of classic Broadway hits. The October 13 show is a comeback of sorts for Orr, who, in February 2019, was about to open a show at a club called Impromptu! in Guerneville. Instead he was flooded out when the banks of the Russian River swelled, leaving thousands homeless.

Undaunted, Orr returned to Seattle, where he had enjoyed success twenty-two years ago with his award-winning parody revue Dirty Little Showtunes. But now Orr is back in the Bay Area. He has already made a triumphant return to Guerneville, performing The Greatest Showqueen there on October 6 at the R3 Hotel.

The show that Orr is doing at Martuni's is a new one he built when he got to Seattle. He wanted to get back on stage as soon as possible because it had been quite awhile since he had done anything. 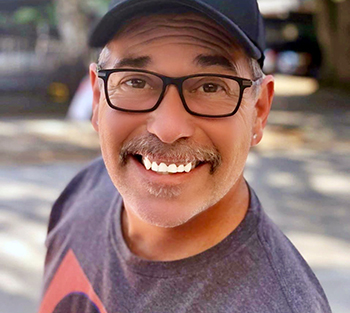 "And that's what this became," he said. "A kind of greatest hits, little samplings from all my different shows. I wrote several new things for this one, and it's mostly to get me back on stage and let people know that I'm still doing my thing."

In the past, Orr has done shows with amusing titles like "The Devil Wears Nada" and "I Feel A Thong Coming On."

Orr's advocacy has not gone unnoticed. Last summer, he was involved in Project Nunway, a fashion show featuring the Russian River Sisters of Perpetual Indulgence as models.

"I did a song and sang it for the sisters and at the end of the song they surprised me and kept me on stage and gave me a medal and a certificate," he recalled. "Two other people got sainted that day and we took an oath not to take things too seriously and to enjoy sex!"

At the time, Orr had been in the throes of a deep depression. He had recently lost several friends to suicide, and it took The Sisters' sainting him to snap him out of it, and to realize that people enjoyed him and his work.

"One of the things The Sisters say is that when you become a saint you make the world a better place," he said. "And it made me realize that I have so much work to do. I had gone five years without producing anything. If nothing else, if I can make people laugh and escape the horrors of our daily existence right now, then that is my sacred duty, to get on a stage and make people forget about their problems and laugh. They can laugh about my problems if they want."

When Orr takes to the Martuni's stage, he'll be accompanied by pianist Russell Deason, who Orr describes as a "funny cabaret guy who looks like a longshoreman."

"He's covered in tattoos," Orr said. "He's very butch, and he's a funny show queen who loves Broadway. He's a virtuoso at the piano and has challenged me in putting the show together to look at my lyrics. It's a great collaboration."

Orr said that he hopes people are open to hearing fresh takes on the classic show tunes. He writes, he says, the show tunes that he wishes had been written before gay characters were welcome on Broadway. Orr also wants people to know that he's single and "on the market."

"On Market and Valencia," he said. "That's where Martuni's is!"