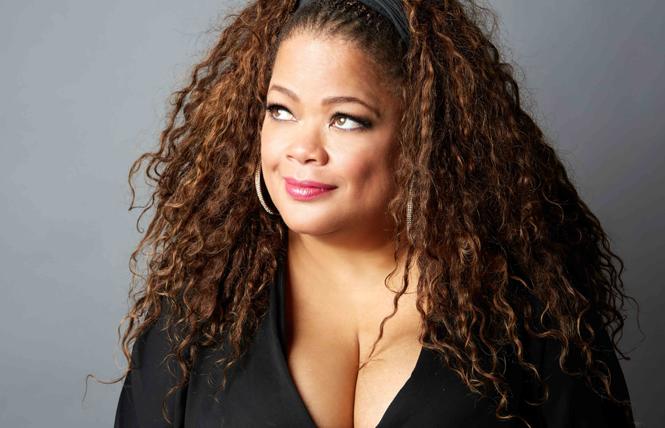 "The First Time Ever I Saw Your Face," is one of those songs that's pretty much guaranteed to swell the emotions. But when acclaimed vocalist Natalie Douglas sings it next weekend during her Roberta Flack tribute shows at Feinstein's at the Nikko, expect to feel a tsunami in the room.

Douglas' biological father, the Reverend Arnold Townsend, has lived in the Bay Area for most of his life. But the first time ever she saw his face was just this past December. And these Feinstein's shows will be the first time he ever sees his daughter perform in concert.

An only child now in her forties, Douglas didn't learn she was adopted until a few years ago, when the spouse of a cousin, assuming otherwise, let slip a long-kept family secret.

"Not only did I not know," explained Douglas in a recent interview with the Bay Area Reporter, "I'd grown up with my [adoptive] mother telling me stories about her pregnancy with me."

Her adoptive parents each had many siblings, all of whom had been sworn to keep mum and kept that promise for decades.

"When I first heard, I was stunned," said Douglas. "I felt like I'd left my body. But a lot of things started sifting through my mind all of a sudden. It took me a while to wrap my head around it, but I got it. In some way, there was a feeling of relief, an explanation of how different from my parents I'd felt sometimes. I mean, I adore them —they gave me a great life and they gave me my love of music— but something clicked."

Douglas' mother had passed away before this revelation, so the singer turned to her aunts and uncles, who confirmed the truth, but didn't have much in the way of details.

"I thought I wanted as much information as I could get," the Los Angeles-raised Douglas now said. "But in California, it's still difficult for adoptees to get documentation. I was also a little conflicted. I have adopted friends who have found their birth parents and it went well for some, but not for others."

Douglas, who is generally upbeat and self-confident, comfortably put her search on the back burner to focus on her music career. A New York resident since shortly after graduating from UCLA with a Masters Degree in Psychology, she's established herself as one of the most in-demand interpretive vocalists in the city, winning more than a dozen awards from the Manhattan Association of Cabarets (MAC), recording three acclaimed albums and performing as an artist in residence at Birdland, the world renowned jazz club. 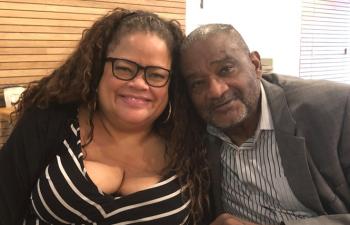 Family findings
But last summer, Douglas and her husband decided to take DNA tests on Ancestry.com. After looking at her results for geographic and ethnic background, Douglas turned to the page that reveals genetic relatives who have also taken the test and given permission for their identities and relationships to be shared. And there it was: 'Arnold Townsend, Father.'

"You can put in a pseudonym, or just initials," Douglas recalls, "But he'd used his full name.

I looked him up on Facebook and when I saw his childhood photo, it was like me as a boy. I could see that his mother was my grandmother." 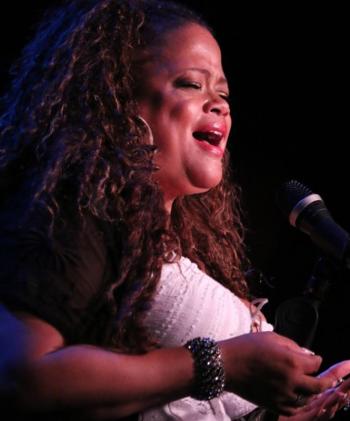 "He wrote back the next day," she remembers. "He hadn't known about me at all. He'd been on Ancestry.com to learn about what parts of Africa were in his background, not to look for relatives. I was the result of a high school summer romance with a woman he never saw again."

Townsend eventually had another daughter, Rachel, who died tragically shortly before Douglas reached out to him. Rachel Townsend was a community activist in whose memory a Western Addition affordable housing complex was renamed by Mayor London Breed in a ceremony last December. Douglas was on hand for this tribute to a sister she'd never met, which took place during her first trip to meet their father.

"We have so much in common," says Douglas. "He's kind of like Mister Fillmore. The whole community knows him. He moved to San Francisco after serving in Vietnam, and he was one of the founders of the black student union at San Francisco State. He led the sit-in there. He shares a lot of my political views and he's sex positive like me. Honestly, it's like there was a Match.com for parents and children."

Douglas is well-known for paying homage to other singers at her gigs, having performed acclaimed shows devoted to a remarkable range of performers, from Billie Holiday to Dolly Parton to Cher. But while next weekend's set list will draw from the work of Roberta Flack, with Arnold Townsend and a crowd of new friends and family in the audience, it will truly be a tribute show to powers far beyond showbiz and celebrity.