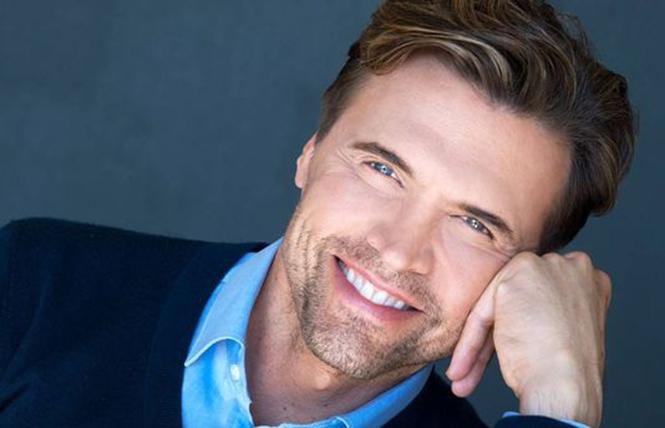 After two years playing the title role in The Phantom of the Opera—The Las Vegas Spectacular between 2006 and 2008, Brent Barrett moved to Germany, where he phonetically sang the part on a national tour of Das Phantom der Oper. These days, one of several projects he's involved in is The Four Phantoms, a touring concert by a quartet of tenors who, between them, have played the creepy divo more than 6,000 times.

So it would seem entirely justified if Barrett named his solo cabaret show —which he brings to the intimate Orinda Theater on May 2— after the half-masked man's signature number "The Music of the Night." Instead, it's called "Night Songs."

Off-key marketing? Nope. It's a title that accurately describes the clever program that Barrett will present in Orinda. In a welcome departure from the many touring theater stars who lean hard on show tunes they're identified with, or cobble together soppy musical autobiographies, Barrett has put together a refreshingly creative set.

"It's a journey from sundown to sun-up through music," he explained in a recent conversation with the Bay Area Reporter. The idea came to him about five years ago, inspired by hearing a rendition of "While The City Sleeps," a song from the Charles Strouse musical Golden Boy. 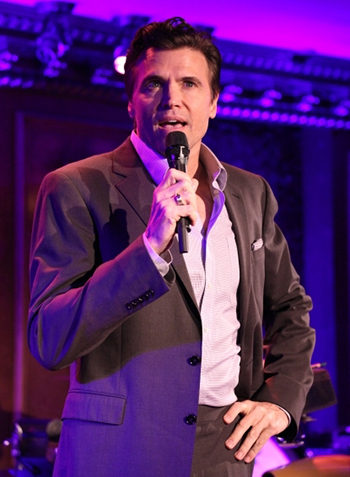 "It was just so appealing to me as a theater person. Night is really when we come alive. I started collecting songs about night and dreams. Part of what I love about the theme is that it lets me work in many musical genres, from Broadway to jazz to pop. There's some theater music in the show, but it's really a wide range, including Johnny Mercer, Leonard Bernstein, Jimmy Webb, Stevie Nicks and Billy Joel."

Barrett opens with "Every Night at 7," originally sung by Fred Astaire in the 1951 film The Royal Wedding, and "Tonight at Eight" from She Loves Me. He explains that while most of the songs don't have such exacting clockwork in their titles or lyrics, their nocturnal images and moods carry them straight through 'til morning.

Barrett, 62, who hails from the tiny town of Quinter, Kansas (population under 1000), got his big break during his final year in the music theater department at Carnegie-Mellon University when Jerome Robbins handpicked him for the 1980 Broadway revival of West Side Story. Originally cast as a Jet, Barrett ended up playing Tony for the final three months of the run.

Among his other Broadway and West End credits are roles in Candide, Grand Hotel, Kiss Me Kate and Chicago, in which he has regularly returned to the role of Billy Flynn. He has performed as a soloist with The Berlin Philharmonic and at Carnegie Hall.

While maintaining ties to New York and London theater scenes, Barrett and his husband, Bernie Blanks (a registered nurse and former actor; the pair met during a production of Camelot), currently call Las Vegas home.

"I would never have imagined it," he said, "but when I moved back to New York after coming here to do Phantom in 2006 and staying for three years, well, I was already in my 50s and I realized it was time to get off that New York treadmill."

Barrett and Blanks also recently moved Barrett's 101-year old mother into an assisted living facility near their home. "I know I'll be performing in New York and London again," he says. "But for the next little while, I want to be living here."

"Not having a regular job here, I'm constantly trying to figure out how I fit in and how I can get involved with the community. Yesterday, I sang with a youth orchestra that was doing a program of music from West Side Story. I'd never heard them before, but the confidence and professionalism of these kids was amazing."