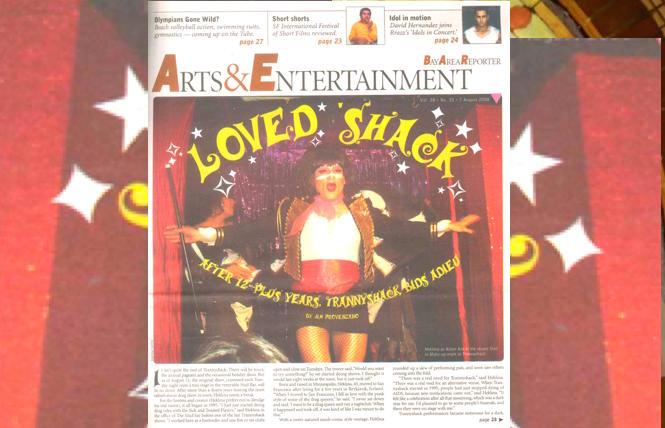 In the second week of August, 2008, a beloved drag show reached its zenith, as host Heklina hosted the last weekly Trannyshack night at The Stud before exporting it to DNA Lounge and other larger venues.

"There was a real need for Trannyshack," said Heklina in our interview. "There was a real void for an alternative venue. When Trannyshack started in 1995, people had just stopped dying of AIDS, because new medications came out," said Heklina. "It felt like a celebration after all that mourning, which was a dark year for me. I'd planned to go to some people's funerals, and there they were on stage with me."

At the second command performance night before its closing, veterans of the show reminisced about Trannyshack's impact on queer culture.

"There's just nothing like the energy here," said Raya Light. "I don't think you can duplicate it anywhere, anytime."

One of the club's more outrageous acts may have been Renttecca's (Matt Mikesell of Bearracuda fame) notorious performance, set to Crystal Gayle's "Don't It Make My Brown Eyes Blue."

"I had bad make-up and a wig, pulled two blue butt-beads out of my ass, and this giant glob of lube flew into the audience. Then I put the beads into my mouth. I haff dese gian' beads in my mouf while wipsynching, then fwew dem into the audience! I have never had such a reaction in my life."

By 2014, even the limited show's name riled some with the use of the word "tranny," and Heklina rebranded it to T-Shack before later abandoning the term altogether. Read 'Tempest in a T-Shack'. 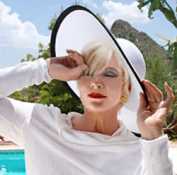 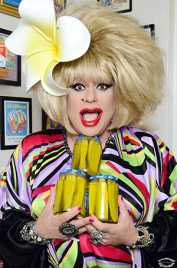 Tempest in a T-Shack :: Iconic Drag Event to Rebrand
Sign up!