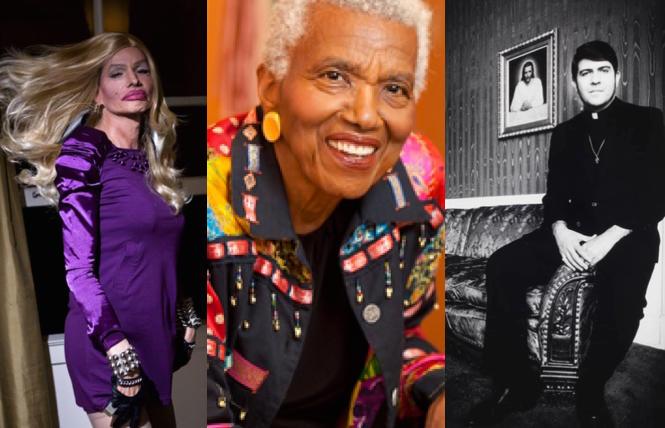 Listen up to hear true LGBT history with The QueerCore Podcast, hosted by archivist August Bernadicou.

Self-described as "a spotlight on the catalysts who fought in the front-lines, in the back-lines and in the trenches of civil rights," The QueerCore Podcast, with a small series of programs, offers several interviews, with many more to come.

August Bernadicou, a 26-year-old interviewer and archivist, discussed his podcasts and almost obsessive interest in finding and sharing queer history from elders in a recent phone interview with the Bay Area Reporter.

In 2008, when Bernadicou was 13 years old, he started recording interviews with LGBTQ activists from the 1950s through the AIDS Crisis. To date, he has done more 500 interviews.

"It kicked in at around 18," said Bernadicou. "I was writing for various online and print magazines. My format was consistently, questions and answer interviews." He also put out a self-published zine with multiple interviews.

In 2019, he founded the LGBTQ History Project. In 2020, he launched the QueerCore Podcast. His website, https://www.augustnation.com, includes even more interviews, including Cockettes cofounder Rumi Missabu.

From his work with the Gay Liberation Front to co-founding the Los Angeles LGBT Center and the Radical Faeries, Dr. Donald Kilhefner is a pioneer in LGBTQ liberation. Bernadicou said he's recorded many hours of interviews with Kilhefner.

Another of his interview subjects is Jewel Thais-Williams, who, in 1973, opened The Catch One, the longest-running Black queer discotheque in America. Bernadicou also has the distinction of conducting the last recorded interview with lesbian activist Phyllis Lyon.

"I had all these interviews and started a nonprofit," said Bernadicou. "I was doing intergenerational podcasts with Chris Coats. From there, it ballooned into what has happened. The first season focuses on people who have made a significant impact in my life. Some are prominent activists or more obscure."

All of the interviews are archival recordings Bernadicou has brought to audio for the first time, each with their own perspective.

"When I was 18, I interviewed Rumi. He answered the door in a nurse's gown, and I thought, 'What did I just get myself into?' We did more phone interviews, which I recorded. With all of them, I'm digging into my archives. I have 400 hours with Rumi. Between me and the editor, we push the narrative to more clarity, or if it's more emotional and they don't want to discuss something, I bring the narration forward."

Bernadicou said he has hundreds of interviews to go through for his programs. While listening, he marks time codes for his editor, and the podcast is pieced together.

Bernadicou has conducted weekly interviews with Kilhefner for the past year and a half. "I want this to get out in the most digestible way before it becomes a book," said Bernadicou of another future project.

"We have all these stories that have never been documented, so let's get it out there. Let's get people to listen to it. The book will come when it comes." 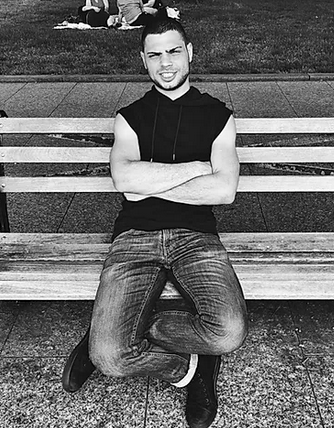 Sharing then, now
Bernadicou seems poised at a perfect time between generations. While fascinated by elder stories, he's connecting to multimedia to store, produce and present them.

"I want people to tell their stories in their own words," said Bernadicou. "I'm very protective of these people's legacies, which are being erased in their lifetimes."

Bernadicou shared a few personal perspectives, such as how humble Kilhefner is, despite his numerous contributions. He also touched on some of his older interview subjects, who "maintained a child-like curiosity and attitude."

And local Tenderloin singer Bambi Lake, when asked about her greatest talent as an artist, replied, "Making people cry."

Bernadicou maintains his interest in elder interviewees as crucial to cultural documentation.

"The concept of accepting elders has been erased by youth culture, by my generation. Assimilation has played a big part of it, but also, there is a loss of a sense of purpose."

Asked who he has yet to interview, Bernadicou said, "The list is never-ending. The podcast is more time-consuming than I'd imagined. Every night, I research and read. Most of these people are so thrilled to tell their stories. They recognize that their legacies have been erased, or they never got the credit they deserved."