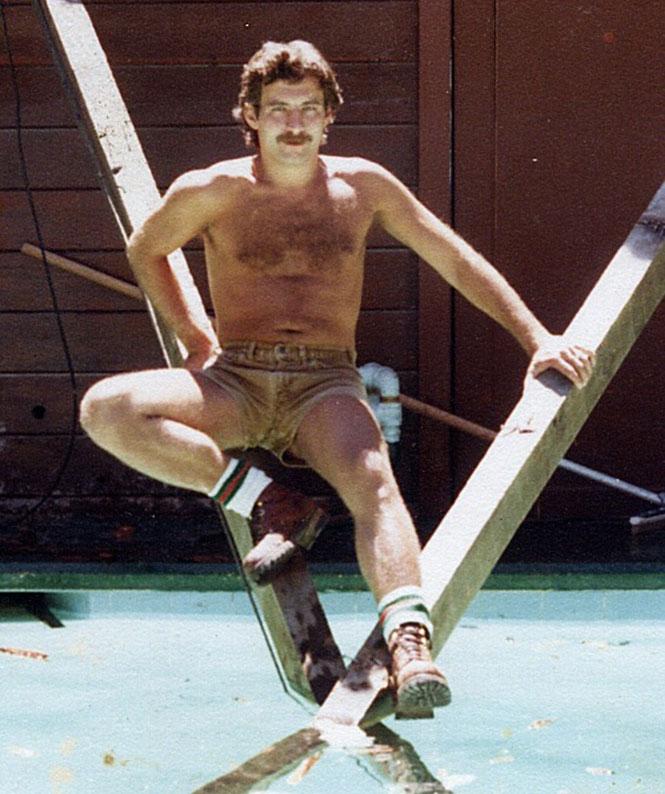 Mark Abramson in 1980 at the Russian River

"No man ever steps in the same river twice," or so says the Greek philosopher Heraclitus, and it is certainly true of the town of Guerneville and the Russian River area as portrayed in Mark Abramson's latest, River Days, River Nights. The memoir covers the period from 1976 through 1984, an era of considerable change for the region.

Guerneville and the Russian River had been a resort area and a hideaway for at least twenty years at the start of Abramson's book. The Borscht Belt-style lesbian singer and comic Kay Carroll opened the Vieux Carré there in 1956, and Aldo's followed in the '60s. By 1964 the Tavern Guild was having picnics at the River. 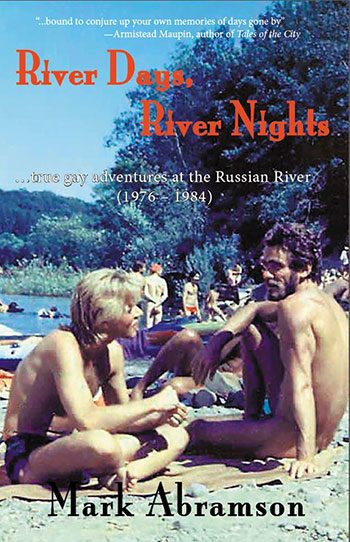 There are hints of the older (and perhaps more discrete) gay culture at the beginning of the book. Abramson relates that Betty Hutton used to vacation at the Hexagon House in the summers, sometimes greeting patrons and performing a few numbers. One of his earlier memories is of his first time seeing Michael Greer perform at The Woods.

Simultaneously, however, the River was becoming the go to spot for San Franciscans wanting to escape the city during the summer. That scene could not in any way be described as "discrete." He describes what the Wohler Beach was like in the late '70s, after he had broken up with Armando, his first serious boyfriend:

"I had too many men to choose from or to choose just one from, and here they all were, lying out naked among the redwoods, cruising the vineyards and forests along the sparkling blue waters of the river. After sunbathing, swimming, and sometimes sex in the bushes, my friends and I always stopped at the Rusty Nail. It was the only gay bar in those days, right on River Road on our way back toward the freeway."

The Rusty Nail (which previously had been Noah's Ark, and opened in early 1977) was not alone for long. Abramson discusses how after the anti-sodomy law was repealed in 1976, the River saw an expansion in its nightlife options. Famed championship bridge player Peter Pender opened Fife's resort in 1978 and Drums disco shortly thereafter. Silverado, the Rainbow Cattle Company, The Highlands and The Willows all opened in in the late '70s as well. 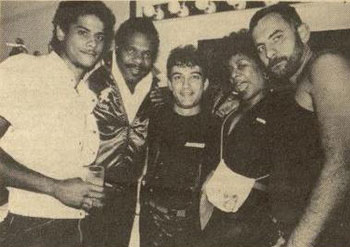 In fall 1980, one of Abramson's ex-boyfriends bought a place at the river. In exchange for his labor, Abramson had a place to stay the winter, when he wasn't working in the city. In 1981 he decided to move to Guerneville and got a job working as a waiter at The Woods; by Memorial Day he was working as a bartender there.

The Woods had three owners. As anyone who has worked for multiple bosses can tell you, this often leads to confusing situations and a rampant expansion of one's duties. For Abramson, it was no different, and very shortly he was more than just a bartender:

"Somehow, I soon ended up in charge of assigning the cocktail waiters to their sections for Locals' Night, being the liaison between the performers and the sound and light guys, and acting as maître d' on those Monday nights, marking the tables where people had made reservations and seating everyone as the audience arrived....No matter how debauched my weekends were, I always looked forward to Monday nights —Locals' Nights— which drew far more people than just those who lived on the river, especially during the height of the tourist season." 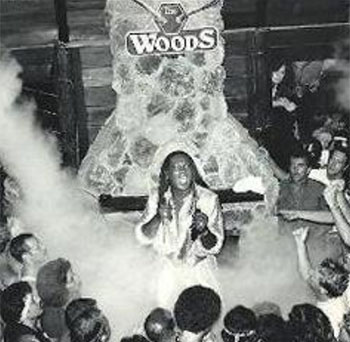 Sylvester performing at The Woods in the 1980s.

It's at this point that the book really took off for me, with Abramson describing the various performers coming to The Woods in the early '80s. He came to know Sylvester through his friend Rita Rockett and one night while Sylvester was performing Abramson found himself sharing a joint with Two Tons of Fun before they joined Sylvester on stage.

Long before American Idol there was Star Search, and The Woods had a male vocalist winner, Sam Harris, on its stage. A panoply of disco divas from Vicki Sue Robinson to Claudja Berry and Linda Cifford performed there, as did 'the first lady of Motown' Mary Wells.

Abramson clearly hit his stride working with performers, and soon he was coming up with promotional ideas for the resort.

"Toward the end of the 1982 season at The Woods, I came up with the idea of starting the Mister Russian River Contest," he wrote. "It was not in any way endorsed by or affiliated with the Imperial Council, but I got Mister Marcus to come up from the city and emcee the weekend of events, which ensured lots of free advertising in his column. I had a lot of fun with that project, lining up judges and contestants and entertainment for that weekend, including the Barbary Coast Cloggers, Michael Greer and Sharon Redd." 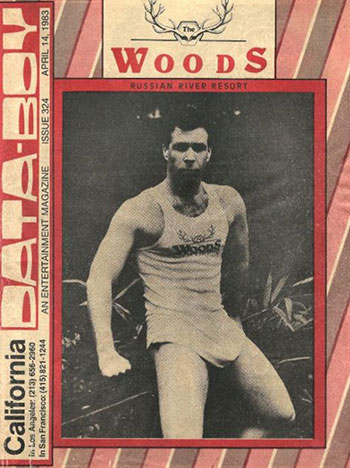 The Mister Russian River Contest was a big success and he obviously had caught the promotional bug. "Before I eventually moved back to the city, I created the aforementioned Mister Russian River contest and the annual bartenders' bash, inviting gay bartenders and bar backs and bar owners from not only San Francisco, but also every gay bar in Northern California, including Sacramento, San Jose, Santa Rosa and Guerneville, of course. I started the annual Leather Weekend at The Woods and produced the Mister Northern California Drummer contest in conjunction with John Embry, publisher of Drummer Magazine."

Inevitably, of course, the shadow of AIDS creeps into the narrative. Abramson tells how in the midst of his time up at the Russian River he visited San Francisco one day in 1981 and saw a group of men gathered outside of Star Pharmacy at 498 Castro reading the sign in the window about 'Gay Cancer.' It was the onset of the AIDS crisis that convinced him to move back from the River to San Francisco.

While writing BARchive, I often wonder what the environment and the day-to-day life of people working at historic bars was like. Abramson has done an admirable job of shining a light on the world of the Russian River in the later '70s and early '80s. His narrative is also full of tales of sex and drugs and disco — as much as his earlier books of that title. But he now seems to realize the historic importance of his stories. This is the first of his books to include an index.

In a year where another epidemic has upended both the LGBT world and the world at large, he has given us the gift of a book which can be read purely for fun, but which also will tell future generations what the world of the River was like before AIDS changed our world.