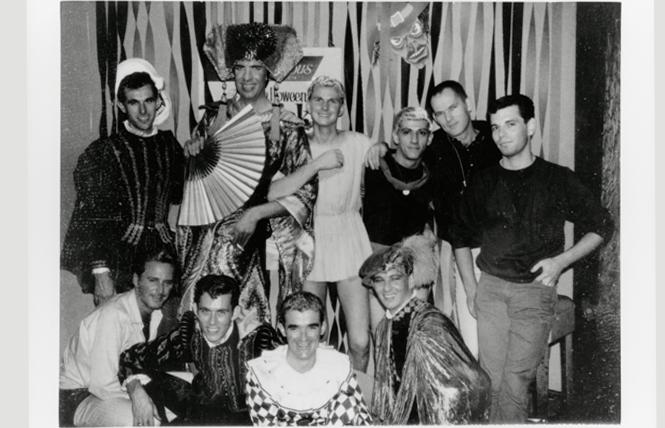 It's always exciting to find information about disappeared history, especially when a good storyteller is sharing the tale. While working on an article about bars in the Mid-Market area last year, I found an intriguing video.

A charming man by the name of James "Robbie" Robinson was talking about visiting San Francisco while stationed at Parks Air Force base in the East Bay in 1957. In the video he talks about being cruised on Market Street and how the man led him to the Silver Dollar (64 Eddy).

"The man at the door checked my I.D., told me that it was off limits to military ... He called over the waitress Lisa, who was a wonderful woman, and had her buy me a drink because it was my first visit — and of course it became my second home while stationed at Parks. Once I was discharged I didn't know what I was going to be doing ... on a Saturday night they needed a bar back and Bob asked me to do it. By the way, the guy at the door, Bob Thompson, was the owner. The rest was history. He made me a bartender and I was a bartender there until he set the place on fire."

The video was one of a group from an organization called Tell History, which recruits
'citizen historians' to tell their stories. In another interview, Robinson told about how the community took care of one another when he first started going to bars in the 1950s and early '60s: 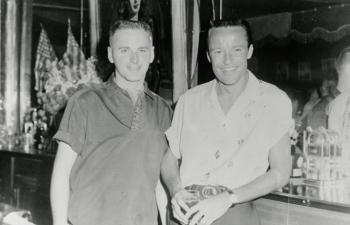 "We sort of looked after one another. I could get a tear in my eyes when I think about the beauty and the closeness of the community before things started to change. You know there was a time when I could take you home with me and put my billfold on the table and it would be there when I woke up the next morning."

The videos give a perspective on San Francisco LGBT history, which is different from much of what I have read elsewhere. In a video about the Tenderloin Robinson says:
"The Tenderloin was a wonderful neighborhood in the Fifties and early Sixties. It was safe, it was great and for some reason it was welcoming to people like me. As we all know, eventually that all changed."

In many ways San Francisco still seems like a small town, so you will not be surprised that shortly after watching the videos I heard a now familiar voice coming from another chair at the salon where I was getting my hair cut.

I told Robbie I had seen his videos, and after assuring him that I wasn't a crazed stalker, asked him for more information about the bars he mentioned. He asked, "Have you read my book?"

He told me he had self-published his biography, My Story, One Gay's Fight: From Hate To Acceptance and that it was available at both the San Francisco Public Library and the GLBT Historical Society. The History Room of the public library provided me with their copy.

It's an astounding read, with eyewitness information about events and places I had only read about from a second-hand perspective in the past. Regarding the Hideaway (438 Eddy, which was closed by 1962) Robinson says:

"The Hideaway was a beautiful bar located at 438 Eddy Street between Leavenworth and Hyde in the basement of the Jefferson Hotel. It was not doing well in terms of patronage or sales. Damron sought me out to ask me to work at the bar. Bob Damron knew me from the time I worked for Bob Thompson at the Silver Dollar and knew the patrons liked me and that I was honest and careful where the cash register was concerned."
He also reports that he narrowly missed being arrested at the Tay-Bush Inn. 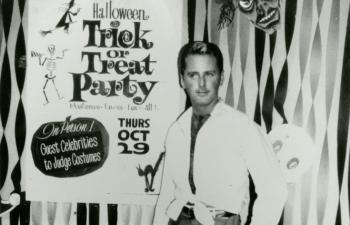 "Part of the patter and silliness between us was that Jack had the nickname of 'Tallulah' and he referred to me by the nickname 'Helen.' The names came from the radio show, The Many Loves of Helen Trent; Can a Woman Find Love After Forty? I was driving down Bush Street that morning, with a bit of a buzz from alcohol. Jack was by my side when we saw the police cars, buses and paddy wagons with all their lights on and part of the street blocked. We knew there was a 'raid' going on. Jack (Tallulah) shouted to me: 'Helen, step on the damn gas, we need to get the hell out of here, the fuzz are raiding the fuckin' place.""

I knew the name 'Helen Trent' from the columns of both Sweet Lips and Polk Street Sally in the Bay Area Reporter. Robinson had, in fact, worked with Sweet Lips. He tells the tale of one night at the Kokpit (301 Turk) when Lips drunk-dialed the bar from home and spoke on the bar phone with Bob Patterson, a patron who told him there was no VO in the bar. Lips hung up on the customer.

"Within minutes, Sweet Lips barges through the door of the Kokpit and, pushing furniture and patrons aside, heads for the back office where the liquor supply is kept. He came back with a large bottle of expensive Seagram's VO and slammed it on the bar saying, 'Here's the fucking booze; drink that like you drink the rest of my God damn liquor!' Not caring whether he was talking to Patterson or me, I picked up the bottle by its neck and threw it right at Sweet Lips' head with real anger and as hard as I could. It barely missed, but had it hit him in the head there would have been no more Sweet Lips."

There are many, many more fascinating and dramatic tales of this sort in the book. Robinson tells of how the Tavern Guild was initially formed by bartenders dealing with patron and police issues while he was working at the Hideaway, and how the bar owners were initially none too pleased with the organization. 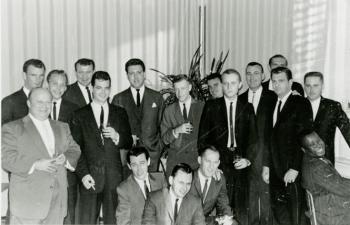 He also discusses working at the Fantasy when Charles Pierce performed there and being held up at gunpoint when he worked at Jacksons (2237 Powell), and of working at the Viking Barber Shop (first at 2225 Market Street and then 380 Sanchez).

What is so very important about this book is that it is a first-person account of working in the gay bars of San Francisco from the 1950s on and how Robinson is so disarmingly honest and direct. Because there were no gay newspapers in San Francisco before 1961, and since early gay newspapers were only a few pages long, this is an extremely valuable perspective and fills in many blanks in our history.

Robinson deserves our gratitude for preserving this legacy in pictures, video and print and for more: for pointing the way to others in the community to tell their history. We can only hope that others will preserve their stories as well as he has. 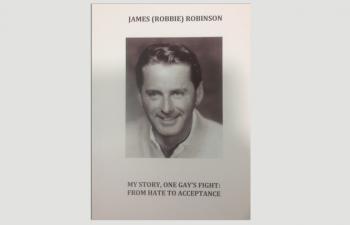 The author wishes to thank the San Francisco Public Library History Room for going out of their way to provide access to Robbie Robinson's book before it was catalogued.


Video interviews with Robbie Robertson:
The Parks Air Force Base:

We Looked After One Another: