Yee's Summer Breeze: 'The Song of Summer' at SF Playhouse 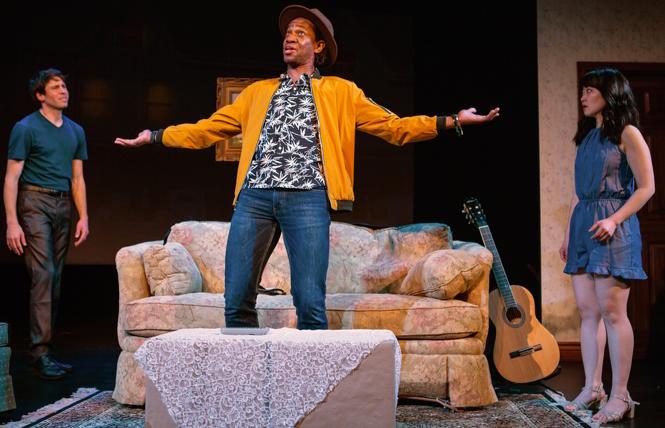 Feeling peckish for live theater? Pulling together casts, crews and front-of-house staff means it'll be at least a few months until many new productions are hatched. So be grateful for the Bay Area's early bird specials.

While the stages at the Berkeley Rep will remain in ghost-light until early October, and A.C.T. won't open a show until early next year, the San Francisco Playhouse has already raised the curtain on not one, but two post-pandemic productions.

Playhouse founder and Artistic Director Bill English was pleased to be the first major local company back on the boards with June's stirring production of Hold These Truths, an important take on the United States' internment of resident Japanese and Japanese-Americans during WWII.

"I felt like it was important to come back with something strong to say," English told the Bay Area Reporter in an interview, noting the unfortunate new timeliness of the play given the recent rise in anti-Asian harassment and violence in the Bay Area.

But for the Playhouse's second show out of the gate, English wanted to offer something that "would send audiences out of the theater feeling their spirits were lifted a bit. I feel like people are tired of politics and tired of arguing."

His selection, which English himself is directing, is The Song of Summer, a light pop-music-infused romantic comedy by Lauren Yee, the widely produced native San Franciscan playwright, whose King of the Yees and The Great Leap tackled substantive issues of Asian-American identity and proved substantial box office draws at the Playhouse and A.C.T. respectively during their 2019 seasons.

"I'm a huge Lauren Yee fan," says English, who is directing The Song of Summer. "Back in 2015, we did her play In A Word as part of our Sandbox series of new plays. We recognized that she was a major rising talent. During that production, Lauren had been working on another script and she asked if she could hold a reading of it in our space on a dark night. That play turned out to be The Song of Summer and I completely and utterly fell in love with it."

English says the script had a particular appeal to him because —after graduating from Northwestern University with a theater degree— he spent nearly a decade singing in rock bands before finding his way back to the boards. 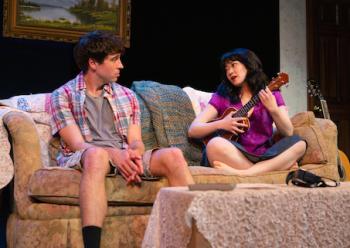 The brisk 90-minute play primarily takes place over two summer days when Robbie Retton, who has become a white-hot, one-hit pop star almost by fluke, skips out on his tour caravan in North Carolina and beelines back to his blue-collar hometown of Pottsville, Pennsylvania. He's a bit of a yokel. If the inability to cope with his sudden celebrity weren't enough, Robbie is also facing public backlash about some misogynous lyrics and a copyright infringement suit from a Christian pop band.

He seeks solace in what another character calls "the hoarder house" of his long-ago piano teacher, Mrs. C., whose apparent old-age dottiness largely proves to be a cover-up for some first-rate secret-keeping. It turns out that somewhere, amidst the teetering towers of paperwork, old photographs and file boxes in Mrs. C's home are ways for Robbie to turn around his legal troubles, his public misperception and perhaps some past mistakes.

Complicating the uncovering of the play's secret heart are Tina, Mrs. C's adopted daughter, who has known Robbie since childhood and is thereby adept at pushing his every button; and Robbie's streetwise manager, Joe, once a singer himself, who can't quite believe his protegee's flabbergasting dumb luck.

A bit silly and a bit sentimental, The Song of Summer may be just the right gateway back to theater-going for audiences still brain-fried from a year of sequestered overthinking.

"There's a certain clever well-made-play-ness to it. Neil Simon was great at this sort of thing," says English. "All the pieces just snap together by the end."