Pining for Curtain Time: 'Feel the Spirit,' 'A Letter to Harvey Milk' 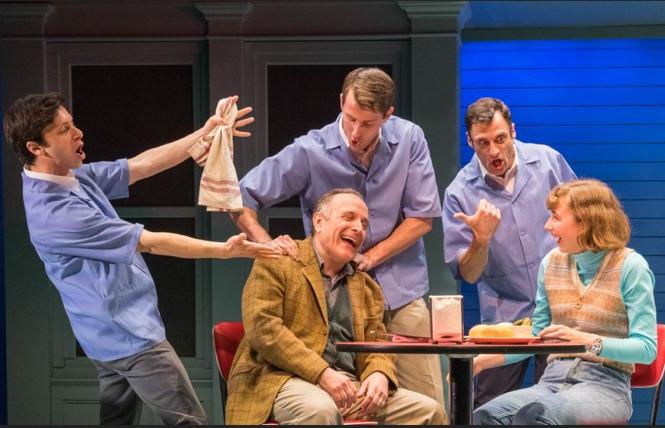 'A Letter to Harvey Milk'

It's too soon for meta-Zoom.

Feel the Spirit, the latest production from Berkeley's ever-adventurous Shotgun Players is an agonizingly of-the-moment, tailored-for-teleconferencing commission by playwright Noelle Viñas, expressly written in the form of online video chats and gatherings. The three main chatters are the new young pastor, Gabrielle (Vero Maynez) and two senior board members (Jean Forman, Fred Pitts) of a small, long-established church which has moved its services to Zoom in light of the pandemic.

An overarching theme that the trio continually returns to—and one of the few they all agree on—is the inability of teleconferencing to replicate the meaningful nuances of in-person conversation, let alone mass congregation of the sort one finds in both church and theater. 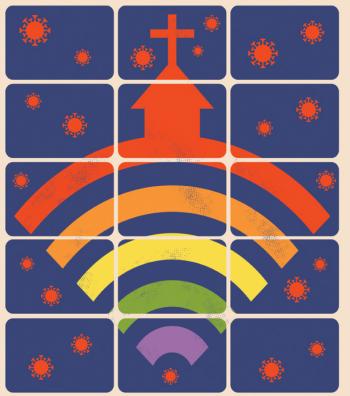 To which I say "Amen!" And also "Ahem..." Thirteen months into our enforced-Zoom era, this is egregious preaching to the converted. The converted are antsy, yawning and ready to kick their screens in. Nobody's hungry for more online theater. A Zoom play with Zoom among its subjects is perhaps the last thing audiences need subject themselves to just now.

Feel the Spirit suffers from too much as well as too soon. Among many other topics unsatisfyingly touched upon and squabbled over in the course of the play's nearly two-hour running time are homophobia, racism, public health and careerism.

And then there's the Higher Power. The vast majority of Viñas's script is realistic to a fault in its presentation of awkward, mundane Zoom calls, so its hard to figure what reaction she and director Elizabeth Carter hope to elicit when they intermittently bring on a three-faced deity (Akaina Ghosh, Linda Girón) enshrouded in trippy video effects and vocal filters who floridly urges Gabriella to, well, believe in herself and keep the faith (or some version of those sentiments that requires many paragraphs of oozy poetic palaver to express).

It's hard not to laugh. Even more so when the theology takes a cue from Joan Osborne and the Supreme Being turns off its mic and camera, becoming just another little black box in the Zoom gallery, simply name-tagged GOD.

Feel the Spirit, streaming on demand April 14-May 2. Tickets: $8-$40
www.shotgunplayers.org

Dear Harvey
One of the most effective online theater presentations I've seen during the pandemic is a streaming version of A Letter to Harvey Milk. This scrappy little musical is set in San Francisco but, as far as I can tell, has never been produced here (It should be). Its available to view from April 22-25 with tickets benefiting the Actors Fund and the Hebrew Immigrant Aid Society.

This refreshed iteration of the 2018 Off-Broadway musical reunites the original cast of veteran Broadway performers. Their new, remotely videotaped dialogue and songs are interspersed with still photography from the full production. Viewers get a good sense of the set and staging in this honest hybrid format, which feels much more comfortable to watch than many of the convoluted tech-centric and gimmicky Zoom productions that have proliferated over the past year.

No song-and-dance biography of the queer icon, A Letter to Harvey Milk is a heartfelt, low-key exploration of his lasting impact on others. At its center is the surprising friendship that arises between Harry, a widowed Kosher butcher, played with brusque Yiddish-accented schtick by Adam Heller, and Barbara, who teaches adult creative writing classes at the San Francisco JCC, played by Julia Knitel. When Harry takes on Barbara's assignment to write a letter to someone from his past, he chooses Milk (cuing much musical carping from his late but ever-present wife).

As Harry spins out the story of his past, we come to understand him emotional connection to Milk; its sometimes complex, sometimes a bit clichéd, and always quite touching. Based on a short story by Leslea Newman, of Heather Has Two Mommies fame, the show's music is by Laura I. Kramer with lyrics by Ellen M. Schwartz, both of whom collaborated on the book with Jerry James and Cheryl Stern. Evan Pappas directs.