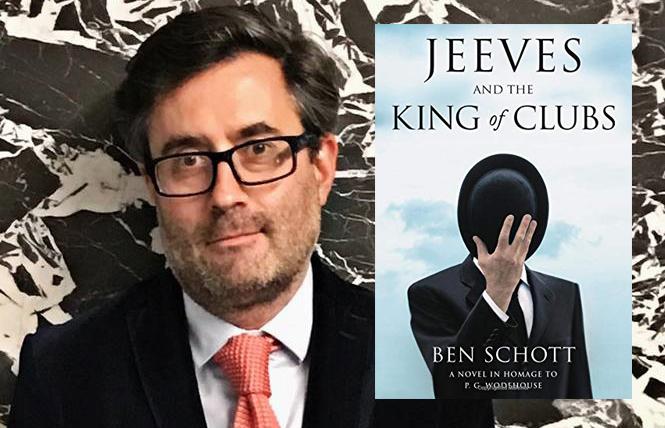 A new "Jeeves" novel is always an event in Out There's reading life, even if it's not one written by P.G. Wodehouse. Anyone who's ever dipped into the fast-fire verbal wit of Wodehouse's Wooster & Jeeves books thirsts for more. That's why it's been rather a cottage industry since the British humorist's death to write Wodehouse novels without need of the actual Wodehouse. "Jeeves and the Wedding Bells" by Sebastian Faulks and "Wake Up, Sir!" by Jonathan Ames are two previous efforts in highborn hilarity. Now there is "Jeeves and the King of Clubs," a "novel in homage to P.G. Wodehouse" by Ben Schott, newly available in paperback (Back Bay Books).

For newbies, Bertie Wooster is rather the personification of the "idle rich," and Jeeves is his "gentleman's gentleman" who gets Bertie out of every scrape. The new adventure has its requisite share of mooning damsels, tough aunts, and a proto-fascist villain in Wodehouse staple Roderick Spode, the seventh Earl of Sidcup. As Bertie confides, "Spode in theory is one thing; Spode in the flesh, quite another — and flesh really is the operative word." Spode is given to slogans like "Keep Great Britain Great." Sound nauseatingly familiar?

Wooster dips in and out of gentlemen's private clubs (and one ladies') for ample refreshment. "I really think we should don the nosebag. I'm much more convincing on a full stomach." Much of the fun of the novel is the vocabulary his peers employ. "'It's a little indecorous to clishmaclaver about a fellow guest,' said Lord MacAuslan, 'but I once heard a moderately amusing tale about Sir Gilbert.'

And as always, the right turn of phrase really makes the book. "Our solemn duty discharged, the committee dissolved down to the bar where McGarry was ablur with the cocktail shaker." "The doorbell rang again, and Jeeves trickled out."

A generous assortment of endnotes includes a glossary of words for which "Plum" Wodehouse is credited with first quotation in the O.E.D., including "crispish" and "gruntled," but also "ritzy," "snooter" and "plonk." We also learn, apropos of the job of walking-advertisement "sandwich men" who prowl London sidewalks with commercial announcements (one figures in the plot), that "it is considered fair play to tease them in every conceivable manner. The old joke, the query as to the whereabouts of the mustard, has now died out, and it is considered better sport to bespatter the sandwich men with mud, or to tickle their faces with a straw when the paraphernalia on their backs prevents all attempts at self-defense." This is Wodehouse's and now Schott's universe, great fun to splash around in. 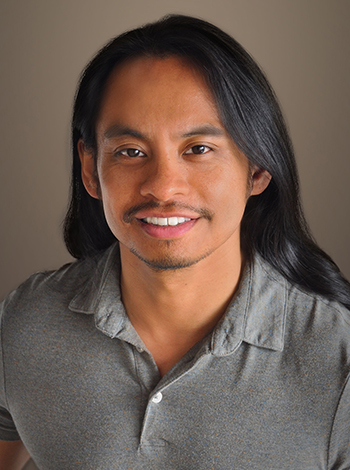 "Who's Your Mami Comedy" is Brava Cabaret's monthly women-led series of stand-up from culturally diverse, subversive comedians of all genders and styles, curated by Brava Artist-in-Residence comedian Marga Gomez. The "Mami" comics kicked off the new year last Thursday night, and Out There was chuckling merrily in the house.

"We're sold out!" Gomez bragged in her opening salvo. "Sold out on Jan. 9! When everyone we know is home in pajamas — and on Xanax!"

Bearce was high-spirited and working blue, getting mighty intimate with audience members; Magaña was high-larious, the bestest guestess from Modesto; Lakshminarayanan flawlessly mimicked public service announcements in Civic Center Station ("Young man, pull up your pants!"); and Sheesh and Schlong were truly addled. But even though the bill was top-heavy with comic Mamis, OT also greatly enjoyed the one comic currently gendered male, who could carry an entire "Who's Your Papi" show on his mighty shoulders. Marga had promised us we would enjoy Justin Lucas' "meaty set," and in fact his big, beefy frame and long, throwback hair met that description. He was very funny describing how he recently came out — as Filipino. He realized what he'd thought were spring rolls were actually lumpia.