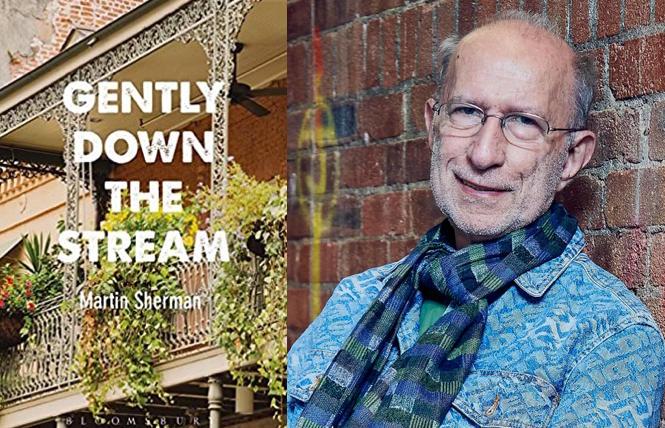 Martin Sherman changed the direction of theatre in the U.S., the U.K. and all over the world in so many remarkable ways. Since the late 1970s his work's embrace of the full heat of queer and Jewish identity and the larger swirl of history that his plays explore created so much new space for theatre to stretch its legs and grow into.

As a young performance artist, newly arrived in NYC at 19, the first play I saw on Broadway in 1979 was Martin Sherman's Bent, which famously introduced the world to the hidden history of gay men sent to concentration camps by the Nazis and forced to wear the pink triangle.

In one night at the New Apollo Theatre, I was bequeathed an amazing gift of queer history, anger and the potential of gay love and sexuality that has sustained me and my work in the four decades since. Sherman's work has consistently explored history even while he was making history with the audacity of his plays. I have known Martin since the mid-1980s and I had the pleasure of speaking with him about his new play, Gently Down the Stream.

Tim Miller: Martin, I am struck by how much of your work (Bent, Messiah, When She Danced and your fantastic film with Judi Dench, Mrs. Henderson Presents) is a conversation with history, memory and love. As your character Rufus says in Gently Down the Stream, "The past is sexy!" 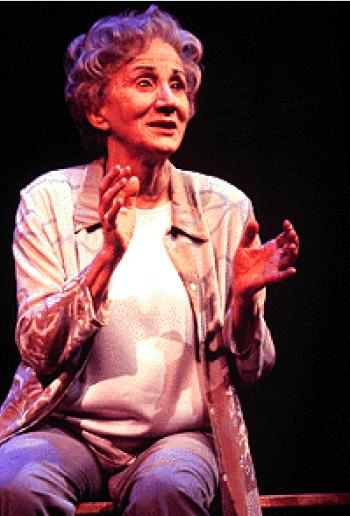 Your play Rose, which starred Olympia Dukakis on Broadway, was a fierce dive into the Holocaust and the 20th century through one Jewish women's memory and feels very connected to Gently Down the Stream. This new play marks the journey of a gay elder Beau and lives in that spark-filled sexy fugue terrain of how his stories, his gay histories, are communicated in intergenerational relationships. What pulled you to the memory space of Gently Down the Stream?

Martin Sherman: I suppose I don't think of it as memory space, but rather, as you said, a conversation with history, which is somehow different, but a history that is very personal to me, although not necessarily autobiographical. A history, it should be stated, of a gay white cisgendered man in the 20th century; there are many other histories that are now finally being written.

I don't want to pass mine off as anything other than what it is. But as what it is, it becomes part of the mosaic of past experience and past lives that have shaped our lives today, and are often unspoken or forgotten.

I tried to write it as an epic; but that was frankly dire. I wrestled with it for seemingly forever. I had a title, I always had the title, Gently Down the Stream, but I had no play. And then after about fifteen years, I was crossing a street in London one afternoon, and it was as if a pigeon was flying overhead and just dropped an idea plop onto my head, absolutely unrequested and seemingly out of nowhere. The pigeon's idea was an intergenerational affair. And literally in that moment, I had my play. I suppose the lesson is, never turn your subconscious off when crossing a street. 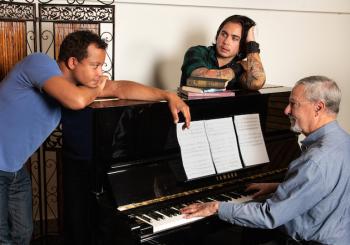 TM: It feels so human-scaled and intimate as it tackles the queer history and memory that fills the play. I was struck by the sense of generational knowledge-passing in Gently Down the Stream: from older lover to younger, from gay elder to a baby in the beautiful final scene. How important is this passing of memory?

MS: I was in Morocco once and an old man was sitting in the middle of a square, surrounded by people, and he was telling stories; that was his profession. It was magic and deeply moving. He was part of an honored tradition; he was keeping history alive. He was keeping heritage alive. And it was personal.

It's important to hand down stories, the stories of us. Gay people in particular tend to lack generational knowledge. Our biological families can only provide the stories of blood ancestors, which are important, but gay lives have been informed by gay lives that preceded them, and we need to know about them.

That's beginning to change; we are beginning to learn; the largest information gaps are now about trans history, but that too will change. Now that I am very old, I realize that one of the most profound fears about dying is the thought that we will not be remembered. 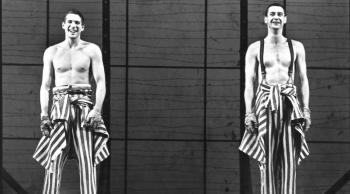 Richard Gere and David Dukes in the 1980 Broadway production of 'Bent.'  (Source:James Hamilton)

TM: This play is so full of sounds, songs and echoes. What do you hear as you are writing? Do you write for a specific voice?

MS: This sounds awful, I know, but I just hear the play. That's all. The characters do literally speak in my ear. And often say the most surprising things. That, incidentally, is only true if my subconscious is engaged, and can be channeled through conscious craft. If it's merely my brain talking, it won't tell me anything I don't know, and it won't produce anything that can be acted.

TM: Your work has claimed so many spaces —queer, Jewish, big historical personalities— but the hugeness of your claiming theatre space for gay men in their complexly human and sexual selves is such an important achievement and continues so strongly in Gently Down the Stream.

Broadway was never the same after the wildly sex-positive second act of Bent, gay desire made present even in the horror of a concentration camp. How well that lesson served young gay men like me just two years later as AIDS arrived in New York City. How did you come to bring queer identity so strongly forward in your work? What were the rewards and consequences?

MS: I probably discovered my queer identity by mischance. I was professionally (and personally, for that matter) going nowhere. I had nothing to lose. Successful writers, on the other hand, had a lot to give up by being openly gay. I wrote a play called Passing By (in the early '70s) about a loving affair between two men who happened to be homosexual. The queerness was never an issue in the play, it just was, and the relationship was a healthy one, and I suppose that made it groundbreaking.

I wasn't trying to break ground, however, as ground wasn't something I had to stand on; I just thought what the hell, no one will produce me anyhow, so I might as well tell the truth. It wasn't brave. It came out of a kind of golden desperation.

In 1975, the play was produced in London by a new radical theatre group, The Gay Sweatshop, and they politicized me, so that my personal gay identity was able to become public. And Bent came out of that. Once the Gay Sweatshop entered my life, I knew intellectually what I had already discovered instinctively, that it was folly to be anything other than who I was.

I suppose that then there might have been career consequences. But really, how can you harm a career by being openly queer if that career only exists because you are openly queer? Everything I write comes from an inner core that is both queer and Jewish. As the immortal Zaza says, I am what I am. 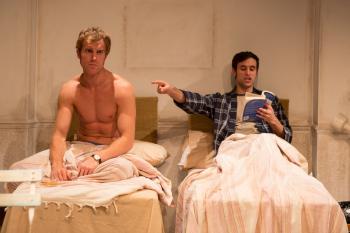 James Cartwright and Rik Makarem in a 2003 London production of 'Passing By.'  (Source:Scott Rylander)

TM: Through your main character, the play charts some of the charged places of recent queer history that carry ongoing pain and trauma, but the story also claims such a strong space of hope and ongoing life. How do you maintain that feeling in your work?

MS: I wrote the play pre-COVID and slightly pre-Trump. Hope wasn't yet an endangered species. But also the truth is, despite all ongoing injustices, queer life has changed immeasurably in the last few years; well, Western queer life (that distinction must always be made) and changed for the better.

For instance, when I was a young man, the idea of same-sex marriage would have been fantasy. Even that term same sex —a very comfortable, acceptable, legal kind of phrase— would have been beyond our thinking. We have accomplished more than we once thought possible, and that should be acknowledged; although obviously it mustn't be an excuse for complacency. It's a delicate balance, but the acknowledgment is as important as the caution.

Tim Miller is a performer and author of five books including A Body in the O and 1001 Beds. He has performed at NCTC many times. www.timmillerperformer.com