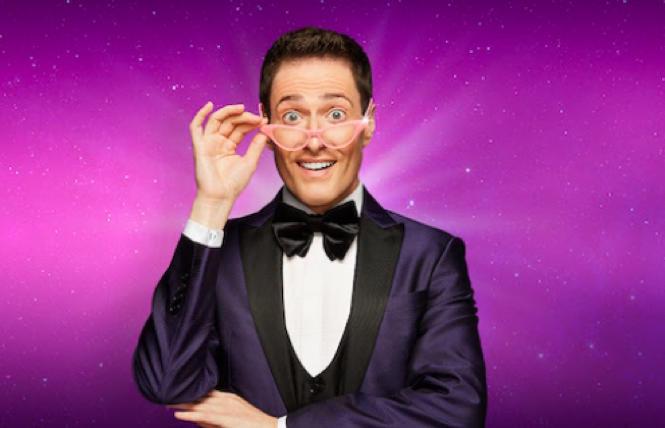 For many like-minded people, gay and straight, there was a ray of light and joy during the four years of Trump's reign of terror. Shining brightly through the seemingly impenetrable dark storm clouds, Randy Rainbow burst forth with colorful parody songs and videos that provided endless sources of laughs.

His multitude of devoted fans and followers looked forward to Rainbow's brilliantly executed audio-visual treats, as catchy as they were thought-provoking. Hard at work on the follow-up to his 2019 debut album Hey Gurl, It's Christmas, as well as working on the plans for his upcoming multi-city concert tour —including two shows at San Francisco's Masonic Hall on November 20— Randy was gracious enough to answer a few questions.

Gregg Shapiro: Randy, I'd like to begin by asking you to say a few words about the process of selecting a song for your parody lyrics, and if there's ever been a song that you really wanted to use but had to abandon because it wasn't a good fit?
Randy Rainbow: I'm a show queen! I naturally think in show tunes. I've just sort of been conditioned through the years, starting at home with my mom, who's always loved the genre, to naturally find the musical theatre parallel to any situation, be it in my personal life or on the world stage. That's the easy part. A few times I have written songs and didn't release them because the news had shifted to focus on something else. It's rare, but it has happened. 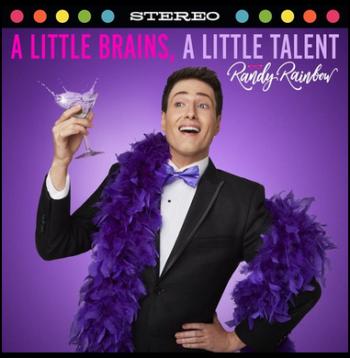 Are you bombarded by suggestions of songs to parody from friends and fans, and if so, have you ever used any of them?
Yes, and it's led to a few repeats. I had already done a parody of the song "Tradition" from Fiddler on the Roof, but then when the word "sedition" came into the zeitgeist, thanks to you-know-who, everyone was clamoring for a reprise. The same happened with my "Kamala" parody to the tune of "Camelot," which I'd used a few years back for Kavanaugh.

The last time we spoke was in 2019 around the time you released your debut album, Hey Gurl, It's Christmas. Looking back on the experience of making that record, how would you rate it?
I loved it so much I'm doing it again!

I was told that you are now busy in the recording studio working on your new album. What can you tell the readers about it?
There are some amazing collaborations on this one. I'm dueting with guest stars like Bernadette Peters, Josh Gad, Sean Hayes, and Tituss Burgess. I've also written two new original songs with Marc Shaiman and Alan Menken. Can you believe?! It's called "A Little Brains, A Little Talent" and will be released later this year through Broadway Records. Stand by!

How much of your upcoming tour will revolve around the songs on the new album?
I am actually working on that right now. I definitely want to include some of the new songs, but there will be plenty of my "greatest hits" in there, too.

You are an incredibly prolific artist. Did being isolated during the COVID-19 pandemic cause you to be more productive or did your productivity remain the same?
Believe it or not, 2020 was a very busy year for me artistically. In addition to the videos, I began writing my first memoir, recording the new album, launching a new podcast; it goes on. I am so grateful.

Many folks baked sourdough bread during the shutdown. Are you one of them?
Hell, no! I did what everyone else in New York City does, order take-out [laughs]!

Because "45" was such an endless source of inspiration, do you find yourself missing him?
[Long pause] Are you for real right now?

Do you know if "45," or anyone in his circle, was aware of your songs and videos?
I've been told by some reliable sources that there were, and continue to be, a few fans of mine on Team Trump. I have to assume Melania.

Is it difficult to parody Joe Biden because he's such a likable and seemingly effective POTUS?
I don't set out to parody (the) POTUS, specifically. Trump was just an endless source of comedy. Believe me, there are still many in Washington that offer those OMG moments. 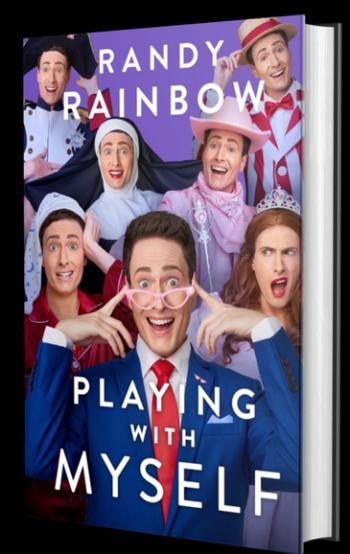 You're doing two dates in Washington, D.C. Because of its deeply political roots, do you find the D.C. audiences to be different from other audiences?
Well, they are in the thick of it, aren't they? Let's just say they seem to have an even deeper appreciation for me and my work.

You also have an upcoming concert date in Fort Lauderdale. What does it mean to you when you perform for the hometown crowd in Broward County?
It's incredibly special, as you can imagine. And, of course, my mom will be in the audience.

What did it mean to you when Barbra Streisand tweeted about your "Marjorie Taylor Greene" video?
Barbra has now tweeted me twice, I'll have you know! I was even asked by her team to create a video celebrating the release of her new album. I mean. I can't believe it! It's Barbra! She's my only religion.

Have you recently heard from any other celebrities, either those who have been the subject of your videos or just as fans?
I get lots of support from my fancy, famous friends every time I release a video and I love them for it. I also always get a note from another of my idols, Carol Burnett. She and my mom have become pen pals!