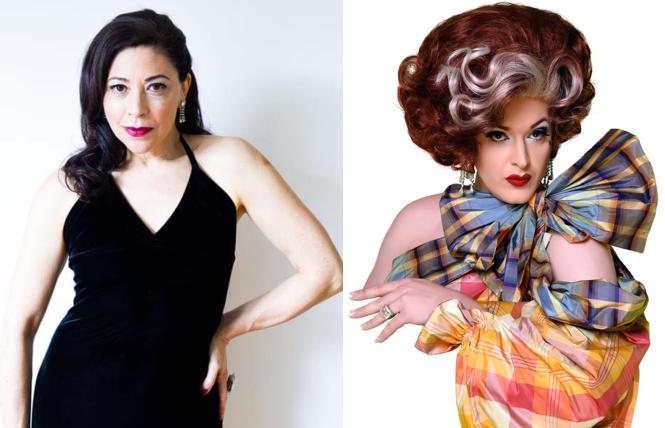 As thrilled as I am with the reemergence of live performance on Bay Area stages as pandemic statistics permit, I'm already gritting my teeth at the prospect of hearing...and hearing...and hearing, just how grateful and blessed and honored and verklempt each artist and company and venue truly is to welcome back in-person audiences.

"I would guess that we're in for about two-and-a-half years of curtain speeches," drily estimates J. Conrad Frank, aka dowager drag chanteuse Katya Smirnoff-Skyy, who will open a four-night engagement at Feinstein's at the Nikko on Thursday, June 3. (The club has instituted safety protocols and limited audience sizes in accordance with city regulations).

As one of the first local entertainers with a high profile post-COVID showcase, Frank's in a position to make the cheeky most of this moment, and he's seized the opportunity with a new act that he's Out! Live! and Unmasked!

"It's a catching up with all of Katya's trials and travails this past year," says Frank, "Her traumas learning to use Zoom and TikTok."

But trust me, folks, there's an expiration date on this stuff. By the time September rolls around, such schtick will be Over! Tired! And unfunny.

But frankly, now is not the time to wallow.

Call me callow if you will, but one way or another, we've all been through this wringer together. And those of us who are truly passionate about performance are already well aware of the pain that arts organizations have experienced over the past year. Like the best playwrights and performers, local theater producers need to trust their audiences' intelligence and ability to empathize.

We will feel an ecstatic communion as curtains rise again. And we will show our appreciation. Please keep the warm-ups short and sweet. Put everything you've got on stage. Conrad Frank is among the many performers who've been revving their engines to do just that.

"At the beginning of the pandemic," he recalls, "I hit the ground running, doing weekly webcasts, really learning a lot about how to make music videos, working on some new arrangements, updating my website. And I managed to do my annual holiday spectacular, which I usually do at Feinstein's, as a pay-per-view production and actually made a profit. I was able to pay my six-piece band, all the tech people and audio engineers."

"But eventually, I hit a slump. I just got into a period where I wasn't interested in putting together anything new. And then I got the call from Feinstein's a few weeks ago," he recalls, "and it really got me out of a bit of a funk. I've pulled together a whole new show in a little over month."

Breaking Up, Hard to Do
Also coming back with all cylinders firing is Hayes Valley-based performer and writer Tina D'Elia whose two-pronged re-entry features the public debut of her own comedic solo show-in-progress The Breakup: A Queer Latina Torch Song (streaming live on Thursday June 3, with a recorded encore on June 13) along with a star turn in EyeZen Presents' third installment of Out of Site, its ambitious site-specific theatrical unearthing of San Francisco's hidden queer history (Saturdays and Sundays, June 12-24).

"Let me just say to any other performers," remarks D'Elia in considering the full theatrical plate she served herself during the pandemic, "that unless you're very brave, you should probably consider not attempting to memorize two shows that are both in development simultaneously." 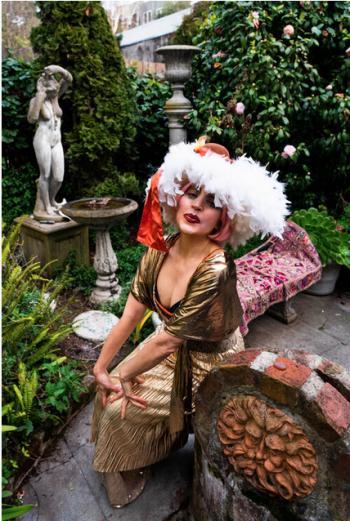 Tina D'Elia in 'Out of Site: Haight Ashbury'

While the events that inspired it took place years ago, D'Elia wrote most of The Breakup, which centers on a surreal support group for the newly dumped, during the pandemic.

"The isolation was a bizarre thing for me," she explains, describing a sort of psychological time travel that will feel familiar to many. "I was spending all of this time with myself, but it wasn't just present time. I was getting zapped by my thoughts and by music I was listening to, and suddenly I'm spending time with my middle school self and my high school self."

In fictionalizing and fancifying her own past relationships for the multiple characters she plays in The Breakup, D'Elia says, "I came to the idea that a story about breakups doesn't have to be a downer. I know that there are sad places in my heart, but I also know that there's more. And this had a certain parallel to dealing with the pandemic for me; knowing that there's something greater ahead, which includes community and joy and discovery and celebrating."

All four of those qualities are present as well, in Out of Site: Haight Ashbury, each performance of which will find D'Elia guiding a dozen headset-wearing audience members through the one-time epicenter of Free Love as she assumes the personae of rock and roll couturier Peggy Caserta and George Harris II, aka Hibiscus, founder of freaky-deaky theater ensemble (and EyeZen progenitor) The Cockettes.

Our infectious intermission is over, theater lovers. Now its time to buy tickets, make donations and show up like you've never shown up before. That's all the curtain speech you'll be hearing from these quarters. Places, everybody!

Out of Site: Haight-Ashbury
Saturdays and Sundays, June 12-July25; 11am and 3pm.
Haight Street meeting point provided with tickets. $15-$125
www.eyezen.org 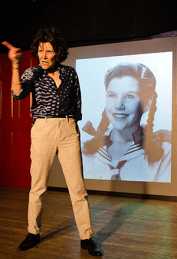