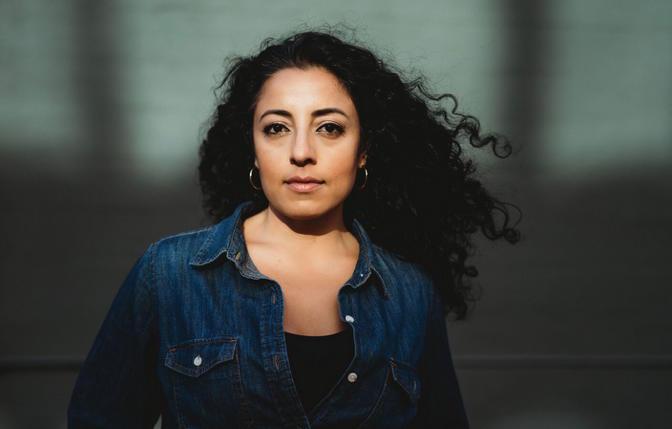 So many of the streaming theater productions mounted during the pandemic have promised innovative uses of technology to create groundbreaking new sorts of theatrical experiences.

If we're willing to accept glitchy Rube Goldberg kluges of teleconferencing, stagecraft and gumption as genuine innovation, those promises have been fulfilled. To my taste, though, for all the bootstrapping, show-must-go-on, creators-gotta-create spirit behind them, the vast majority of these efforts have felt less like bold strides forward than unintended pratfalls.

"As theater artists, we really found ourselves in quite a moment," said the prolific Bay Area writer/actor/producer Denmo Ibrahim in a recent interview with the Bay Area Reporter. "There was a continual inquiry into what really makes theater be theater."

Ibrahim, whose ambitious new work, Brilliant Mind, will be presented online by the Marin Theatre Company (MTC) beginning on May 18, isolated several key elements in her search for a broad definition of the art form.

"I feel like there has to be a live component," she explained, expressing her belief that no two performances of a work should be exactly the same. Pointing to even well-received offerings like the British National Theatre's videotaped presentations of past productions, Ibrahim noted,
"A recording of theater isn't exactly theater."

Of the many play readings presented on Zoom —often by celebrated actors— Ibrahim pondered, "Without staging, is it theater? It's not being reimagined for this different platform. If the visual is unimportant, why don't we just listen to it as audio?"

Another element Ibrahim identified was intimacy. "Theater has a capacity to feel so personal and intimate; to create palpable emotional connections between the performers and audience members in real-time."

In Brilliant Mind, co-produced by MTC and Storykrapht —a new production platform created by Ibrahim and creative partner Marti Wigder Grimminck, a digital and interactive designer who has developed theatrical productions internationally— one partial solution to the intimacy issue is provided via smartphones. Ibrahim recommends that audience members experience the work with laptops and phones both handy.

While two of the play's three characters are performed on pre-recorded video, the third will be played live at every showing from a fully designed set on the MTC stage. In addition to his spoken lines, the actor in this role —internationally acclaimed Egyptian performer Kal Naga— will communicate with text messages, to which audience members will be able to respond should they wish.

If all goes according to plan, the Storykrapht technology platform will seamlessly blend the filmed performances, live dialogue and text exchanges.

"I can't swear there aren't going to be any screw-ups," says Ibrahim, "But I didn't begin this trying to deliver perfection; I want to break things open and see what can be done with theater and technology moving forward, even beyond the pandemic."

"We need to keep experimenting and figuring out how to take advantage of technology," she added. "Digital theater is here to stay, and for good reasons. Artists, not just administrators, have been stepping up and taking leadership during this past year."

Ibrahim points to the value of new production and economic models.

"We built this show with MENA (Middle Eastern/North African) artists, storytellers and programmers in seven countries on five continents. We've broken the notion of 'local' theater; we're so far beyond the constraints of how many seats we can sell in a specific physical venue."