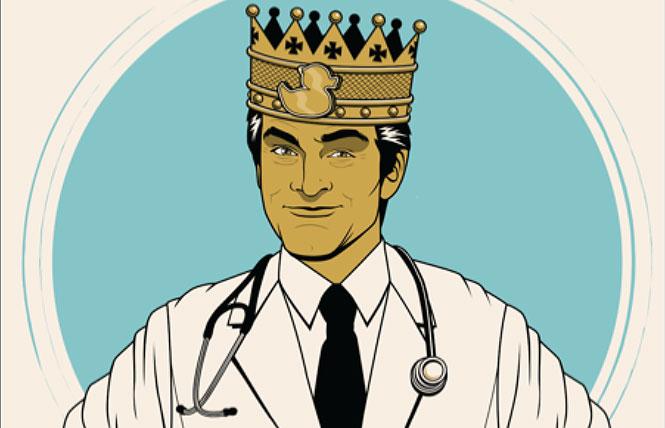 Playwright Eliza Clark's Quack opens with an investigative reporter's takedown of a Mehmet Oz-inspired TV-star doctor, then proceeds to topple a domino set of social shibboleths.

Medical ethics, journalistic practices, gender politics, body shaming, cancel culture and internet bullying are all on the table in this corrosive comedy-drama, now being mounted live-on-Zoom by Berkeley's Shotgun Players through Saturday night (A recorded version will then be available from August 19-26). 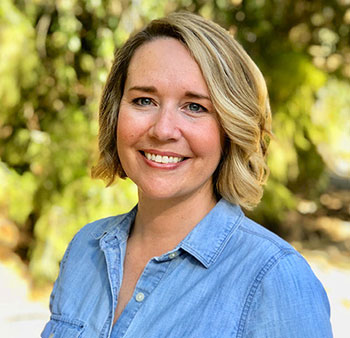 Any production of this bracing show, chockablock with topicality, would leave audiences with a hell of a lot to talk about. The fact that Shotgun's staging is a live-on-Zoom presentation provides all the more conversation fodder: how theater artists are adapting to the current pandemic, the differences between acting for the stage and the screen, and the effect of physical distancing on artistic collaboration, just for starters.

Quack is Shotgun's second live-on-Zoom production, following last month's well-received The Niceties. Rather than the one-time live-online or pre-recorded shows being offered by many theater companies, large and small, during the pandemic, Shotgun artistic director Patrick Dooley chose to have the casts of these shows play five live performances for remote audiences.

"I don't know anyone else who's doing it this way," said Dooley in an interview with the Bay Area Reporter last week. "But I wanted to hold on to as much of the feeling of live theater as possible, not just for the audience, but for the actors too."

"Part of what's exciting about live theater is that it really does change from night to night," agrees Brady Brophy-Hilton, who directed Quack. "Actors feel their way into a role in performance after performance and nuance things differently as they settle in. Each audience is seeing a unique performance; it's not the same as watching something on Netflix." 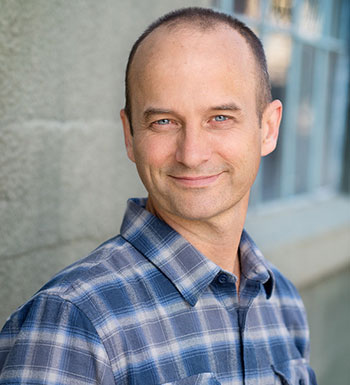 While audience members are automatically muted during performances of Quack, Shotgun is leveraging online chat technology and encouraging viewers to log in and mingle 30 minutes prior to each evening's show and at intermission, as well as hosting talk-back sessions on the play's tangled thicket of social issues after the cast's virtual curtain call.

Shotgun is known for facilitating deeply engaged audience discussions after every performance at its small Ashby Avenue theater, but Dooley says that one of the silver linings of these online performances is the way they allow for affinity-based break-out groups that space simply doesn't allow at the physical theater.

Among the issues that Quack takes on are the ways in which women's voices are muted in male-dominated environments; after the show, male and female members are invited to meet in separate chat rooms for twenty minutes prior a full group conversation.

At a time when audiences are hungry for culture, the lack of a physical auditorium has had other unpredicted benefits.

"During our final performance of The Niceties," says Dooley, "We had 250 different emails logged in, and I assume that many people weren't watching alone. So we likely had about three times as many people that night as normally attend a performance at the theater."

"My sister who lives in North Carolina is able to see the show," adds director Brophy-Hilton. "Some of the actors have told me their parents are watching from other parts of the country." 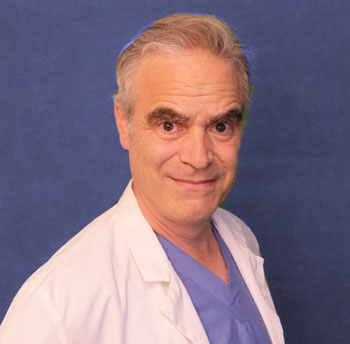 Online minor miracle
What they'll see is an engrossing and au courant minor miracle of a production, with each of the five cast members performing their roles in separate spaces that are merged online with some cleverly deployed props and décor elements that help tie them together. It's not always entirely seamless, but there are moments of subtle theater magic, like when a glass of water is passed from one actor to another.

David Boyll, who plays Dr. Baer, the play's titular quack, says the whole experience of rehearsing and performing apart from his cast mates and acting in a nebulous physical space brought to mind Orson Welles' famous edict that, "The enemy of art is the absence of limitations."

"I'm surprised at how quickly this process has gotten into my bones," says Boyll in regard to the cast's three-week rehearsal process and multi-show run in counterpoint to a brief prior experience doing improv comedy via Zoom, which he remember being "like acting while wearing a 19th-century diving outfit, with a massive helmet and a thick glass porthole to communicate through."

He points out some inherently provocative aspects of Shotgun's unique take on Quack.

"There are comedic elements in this play, but we can't rely on audience laughter to adjust our timing and navigate the rhythm of things. On the other hand, it makes you consider what the job of the audience is in live theater. Is it to give the performers feedback, or is it to listen and pay close attention?

"The way this production works, the audience needs to decide whether something is a joke or not a joke; they feel empowered to react in a way that's most resonant to them. There's a lot of serious subject matter here and I think that sometimes in a theater full of people there's social pressure to laugh at things that might not feel so funny to you. Like a television comedy without a laugh track, there's more for the audience to make their own decisions on."