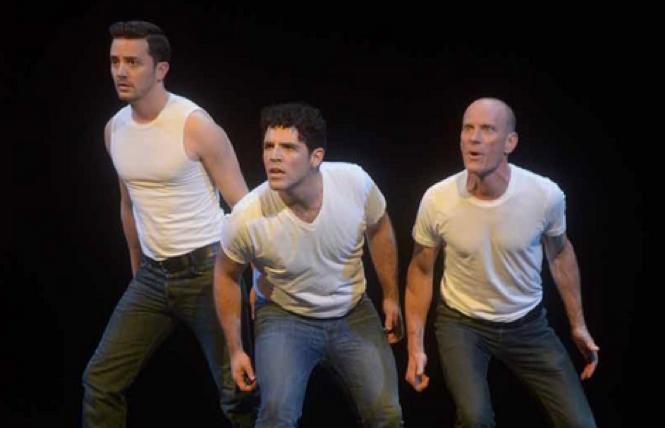 David Drake (right) and cast members in the 20th anniversay production of 'The Night Larry Kramer Kissed Me.'

David Drake's hit Off-Broadway solo show, a semi-autobiographical performance piece with several poignant stories about growing up gay in the '90s, will be performed online by Drake and an ensemble of gay actors for a Broadway Cares/Equity Fights AIDS benefit.

From his brilliant opening monologue describing the impact playwright Larry Kramer's The Normal Heart had on him, to his amusing riff on "Why I Go to the Gym," the gay tales recall a tumultuous time for gay men in New York City.

To view the broadcast on Sunday June 28 (4pm Pacific time), go to
https://bit.ly/PTF_Virtual 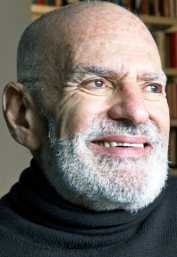