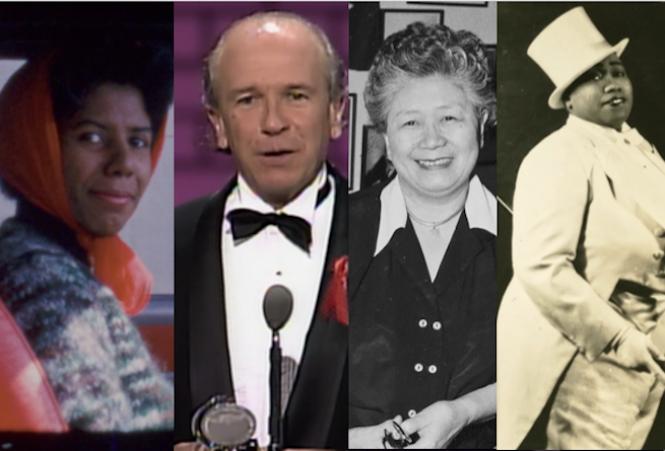 American Masters has told the stories of many LGBTQ+ American cultural icons who lived with their sexuality in diverse, often complicated ways. Some were outspoken and proud of their identity well before there was wider societal acceptance of diverse sexual orientations, others went through great lengths to conceal their sexual orientation, and many lived somewhere in-between.

This month, the program shares films that tell the stories of Americans that represent different parts of this spectrum, from playwright McNally, who was an outspoken gay activist, to chef James Beard, who chose to never come out of the closet, and Dr. Margaret Chung who not only challenged norms of race and sexual orientation, but gender as well.

America's First Foodie: The Incredible Life of James Beard tells the story of the Portland, Oregon native, who had the first cooking show on television (1945); who was the author of 22 cookbooks along with a syndicated newspaper column and countless magazine pieces.

Over the course of his long career, Terrence McNally wrote trailblazing plays, musicals, operas and screenplays about sexuality, homophobia, faith, the power of art, and the need to connect and finding meaning in every moment of life. Every Act of Life airs/streams June 15, with special online discussions between many of his colleagues, directors, and theatre actors who starred in his plays. Those programs air June 17, July 1 and July 8.

Unladylike2020: Dr. Margaret Chung, The First American-Born Chinese Woman Doctor, tells the story of the groundbreaking doctor who's activism led to the formation of the all-women wartime volunteer service.

Unladylike2020: Gladys Bentley, Gender-Bending Performer and Musician includes songs and stories about Bentley, who wore men's clothing — a tuxedo and top hat — and became famous for her lesbian-themed lyrics covering popular tunes of the day, and for openly flirting with women in the audience.